One week after the foundation's blunder, its scandal-plagued V.P. steps down 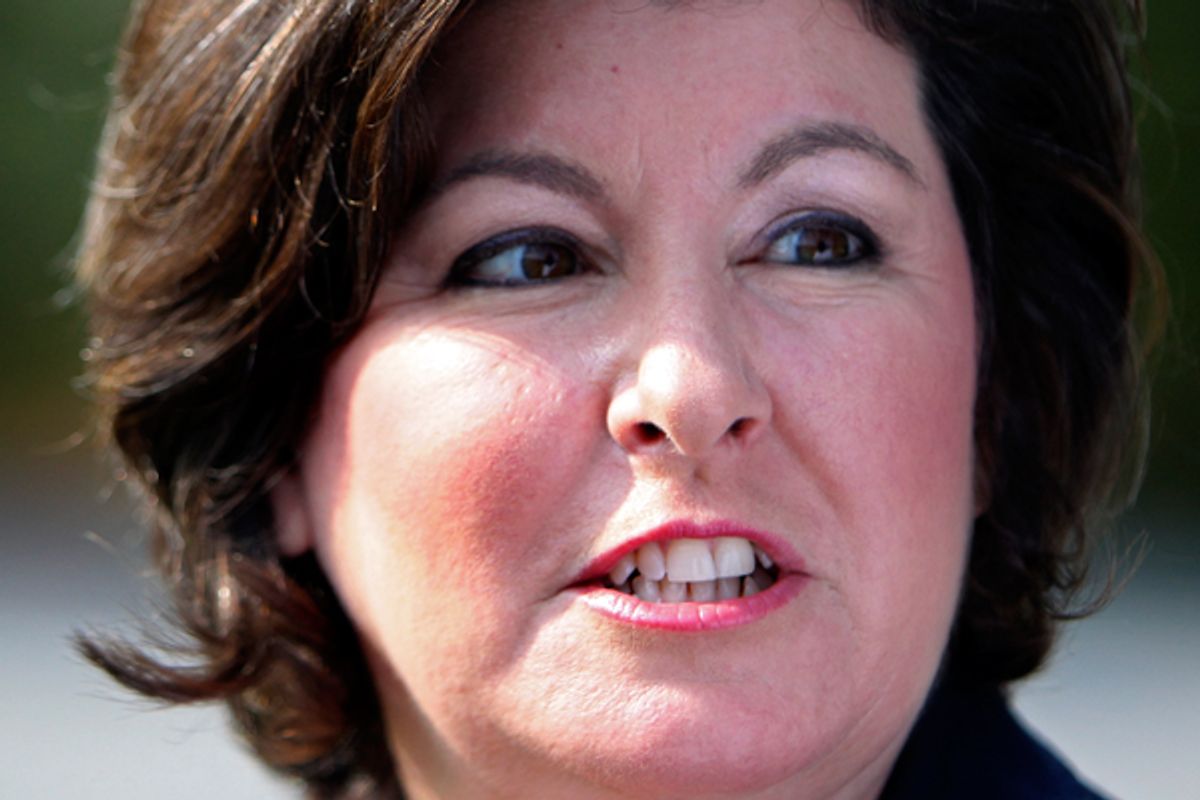 It was perhaps inevitable. But it speaks volumes nonetheless. On Tuesday morning, the Susan G. Komen Foundation announced that its vice president for public policy, Karen Handel, was resigning.

It was the latest very public – and very bitter – turn in a story that has thrown the traditionally esteemed Komen foundation for one hell of a loop. Just one week ago, Planned Parenthood announced that Komen was halting its funding for the organization's breast cancer screenings.  The move, the Komen foundation insisted, was about "the charity’s newly adopted criteria barring grants to organizations that are under investigation by local, state or federal authorities" – itself a dubious smear on a respected women's health organization. But it didn't take long for critics to note that Handel, who was hired just last year, had run for governor of Georgia on a platform of conspicuously anti-Planned Parenthood rhetoric. In 2010, she declared "I do not support the mission of Planned Parenthood," and that she "strongly supports" laws prohibiting "the use of taxpayer funds for abortions or abortion-related services." A lady like that in the driver's seat of your organization just as you're distancing yourself from Planned Parenthood looks like a whole more than a coincidence.

With a relentless social media nightmare and a surge of high-profile promises of financial support for Planned Parenthood on its hands, the Komen foundation had, by Friday, backed off, apologizing "to the American public for recent decisions" and vowing to "continue to fund existing grants, including those of Planned Parenthood." Yet the shadow of its anti-Planned Parenthood bigwig loomed large, especially for an organization that insists it has no political agenda. So as a new campaign for Komen to oust Handel was picking up steam across Twitter and Facebook on Tuesday, she stepped down.

Her departure doesn't appear to be that of a woman cowed by the events of the recent past. She says she has declined any severance package, and in her resignation letter, she says she is "deeply disappointed by the gross mischaracterizations of the strategy, its rationale, and my involvement in it" and that "neither the decision nor the changes themselves were based on anyone's political beliefs or ideology." Indeed, Handel could not possibly have gone rogue on this one and implemented the disastrous decision about Planned Parenthood all by her lonesome. But in a Huffington Post story Sunday, Laura Bassett reported that a Komen insider told her "Karen Handel was the prime instigator of this effort, and she herself personally came up with investigation criteria. She said, 'If we just say it's about investigations, we can defund Planned Parenthood and no one can blame us for being political.'"

For now, the matter seems at an end. A representative for Planned Parenthood referred Salon this Tuesday morning to the organization's statement from last Friday and told us, "We have no plans to say anything further." But in this crucial election year, the Komen mess and the departure of Handel send a powerful message -- that when you screw around with screenings and services to women who might otherwise not afford them, it does not go unnoticed. You say it's not political? It's about women's health and women's bodies. It's political as hell. And it will be in November.