My ex went to prison for sex crimes

He ruined our marriage but never my family. It took years of struggle, and a long road trip, to let go of the pain 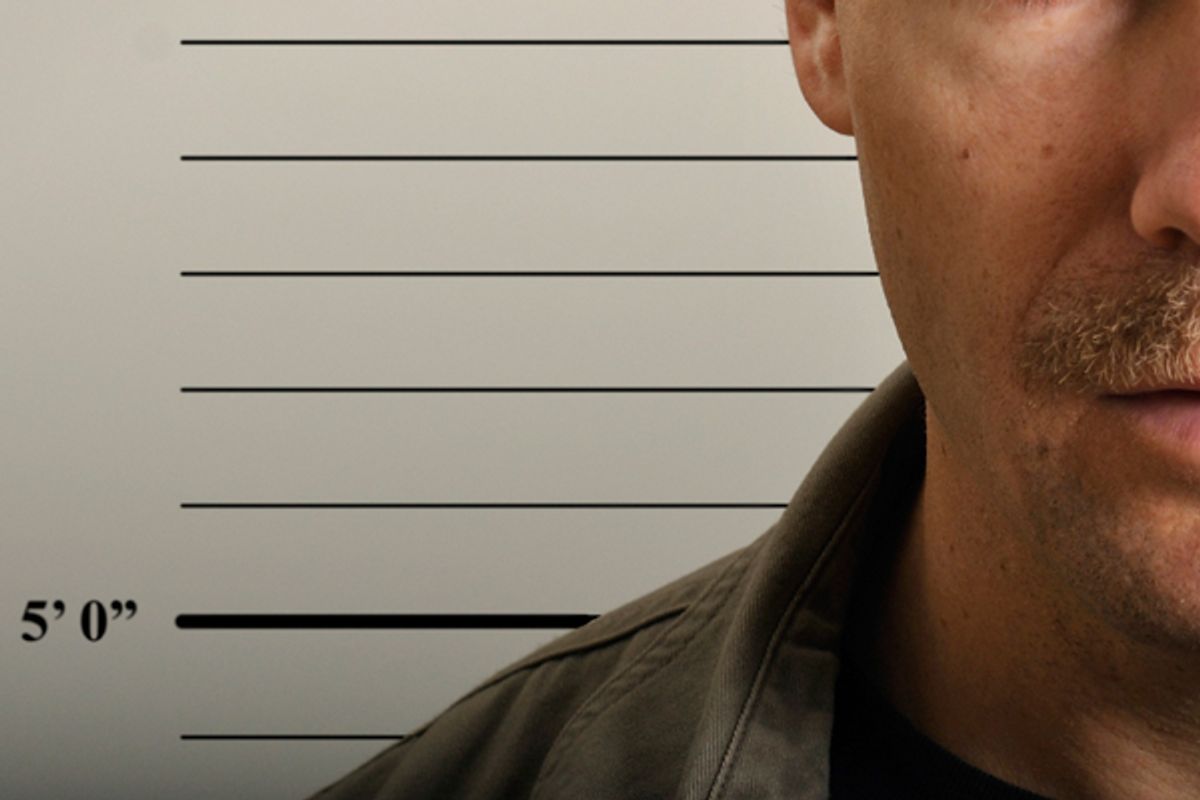 People assume the wife knows. Not really. I found out about my former husband’s descent into pedophilia at the same time the rest of the world did -- on the 10 o’clock news.

My mind could not comprehend what my eyes were seeing. I studied his mug shot on TV. Here was the face of the man I had loved, the cleft in his chin, his square jaw, the soft, smooth skin just below his eyes, which I’d kissed a thousand times. Who was this broken man with the downcast eyes? Did he look away when the shutter closed because he was thinking of his children? What happened to the proud young father who cradled his newborns like fragile glass, the guy with a contagious laugh and shiny blue eyes, who owned any room he walked into?  A hometown celebrity, a respected journalist, with a good wife and four great kids -- now, reduced to this. Who was this man?

The kids in bed, I turned down the volume on the TV in a futile attempt to shield them for just one more day. My colleagues in the press, with whom I’d jockeyed for position at many a crime scene, were now covering a crime that would deal my kids a blow unimaginable. “The accused is charged with three counts of statutory sodomy stemming from a series of sexual encounters with a teenage boy at a high school field house.”  For years I’d been blase about broadcasting the worst day of someone else’s life. In one minute, I knew what that felt like.

What would I say to my children? How could I prepare them? I had one son in college, a 17-year-old, a 14-year-old and my youngest, barely 13. How does a mother explain sodomy to a seventh grader? How does a mother suck back into the cylinder the toxic cloud that has just exploded all over her family? How could he?

Disbelief turned to maternal rage, like jet fuel in my blood. I would not let him ruin my children's future. I would not let his indefensible addiction stain their beautiful lives. And in this flashpoint, I seized the strength of a righteous fury long trapped.

I had been one of those kids once, a victim kid. A little girl caught in a hopeless game of duck and cover. I remained silent for decades, until I simply couldn’t hold down the bile of violation and secrecy any longer. I was in my 40s when I finally told my mother that my stepdad had molested me. By then he was was dead. I’d even delivered the eulogy at his funeral, skipping over his ignoble deeds. Little did I know that the man I was married to -- the man in the first pew, dabbing his eyes -- would end up in prison years later for committing some crimes of his own.

I had no clue when I married him that the very thing I was running away from, I was actually running to. This happens sometimes to people who were sexually abused; we tend to behave like refugees. We don’t assert our rights, because we’re not sure we have any. We lack confidence in scrutinizing others, because we feel like damaged goods ourselves.

But in time, I stood up for myself, challenging the endless hours he spent on the Internet, his increasing disengagement from our family.  Backed into a corner, he told me he was gay. I told him to get out. But they don’t lock people up for being gay anymore. No longer under the wary eye of a wife, or the threat of being discovered, he took greater risks. He was found out by a mother who made a painful discovery about what was keeping her son so busy on the computer.

After a 14-month IV drip of news coverage, my former husband was sentenced to seven years in prison for having sex with that teenage boy. I spent those seven years trying to convince my children that the sins of their father were not carried on their backs, seven years of trying to help them deflect the shame by association that I had endured firsthand. Seven years; I was like a widow with no death benefits, no child support, no moral support, no “every-other-weekend” relief, no one to call in the middle of the night to meet me at the hospital with a sick kid, nobody else to ante up for college or cars, braces or bail money. Nothing. We inherited nothing, except enough pain and financial hardship to throw us all into a bottomless well with no rope, just the bucket tossed in behind us, smackin’ us on the head. But guess what?

We climbed out. We climbed out of that dark, slimy drowning hole by our bloody fingernails, each one, pushing up the next, back into the sunlight, where we sat on the side of the well, flicking off the mud. We made it. Three of my four kids are now out of college, the fourth will graduate next year. They’re amazing: loving, resilient, remarkably well adjusted, and a funnier lot, I have never seen.

I just didn’t realize how tired I was. It’s hard to process stuff while you’re holding up a car. When my brother died not long ago -- the second of my brothers to die inside a few short years -- I hit the mat. I couldn’t rally. I found myself asking, “Is this it?  Really? Is this what my life is about?”  Have you ever felt that way? Like you just might lose it?

So I did something radical. I set the car down, got behind the wheel and drove -- all across America. I blew off my soul-killing, 60-hour-a-week job, took every last dime I had in savings (which wasn’t even enough to get back home on), loaded up my dog and more baggage than I realized and hit the road. We drove all over the country last summer, traveling through 21 states, from Missouri to New York to California and back again. I needed a defibrillator as big as a nation. I went to reconnect with every place and every person I had ever loved. I went to find a half-brother I had never seen. I went seeking solace.

What I got was healing. Eight weeks and more than 8,000 miles later, at a scenic overlook alongside a lonely, two-lane highway, it all got settled. Gazing out at the endless Utah desert, I sat on a huge, flat rock with my dog watching the sun go down. We were safe and dry, but out on the far horizon brewed a huge thunderstorm. Rain in the desert comes down in grey, vertical shafts from giant pink and purple clouds. Looking out at what felt like infinity, I was inspired to let it all go. I simply let it go.

All the egregious offenses that had been hurled my way -- a betrayed wife, an abused child -- over time, had ceased to matter. They were like a downpour on the desert, dark stabs into a porous surface. I absorbed them to make my life better, yes better, because along the way, I’d been blessed with the wisdom that there is far more surface than there is rain.

How quickly the pain can vanish if we are open to the healing. Mile by mile, house by house -- at the end of this road trip in which I’d been embraced by friends, family, strangers on the highway, and yes, my found brother, I realized how fortunate I really am. The grimy corners of shame and bitterness had been scrubbed clean by love. Victim, no more.

We’ve heard a lot about victims in the news lately and the staggering abuse that came from people who were charged with helping them, not hurting them. Heads should roll. But, in the cacophony of competing sound bites, with the accusations, denials, demands for retribution and pleas for justice, there is a vital message that isn’t breaking through.

It takes time. It takes courage. It takes trusting another human being enough to  open up your mind and your heart to speak your truth.

If I had a chance to yell from a mountaintop to anyone whose life has been marred by sexual abuse, here’s what I would say: There is a place where it’s safe and dry. Come see how fleeting the rain can be.

Jean Ellen Whatley is a writer in St. Louis, Missouri. This is an excerpt from her forthcoming book, "Off the Leash: A Woman, Her Dog and the Road Trip to Revival."