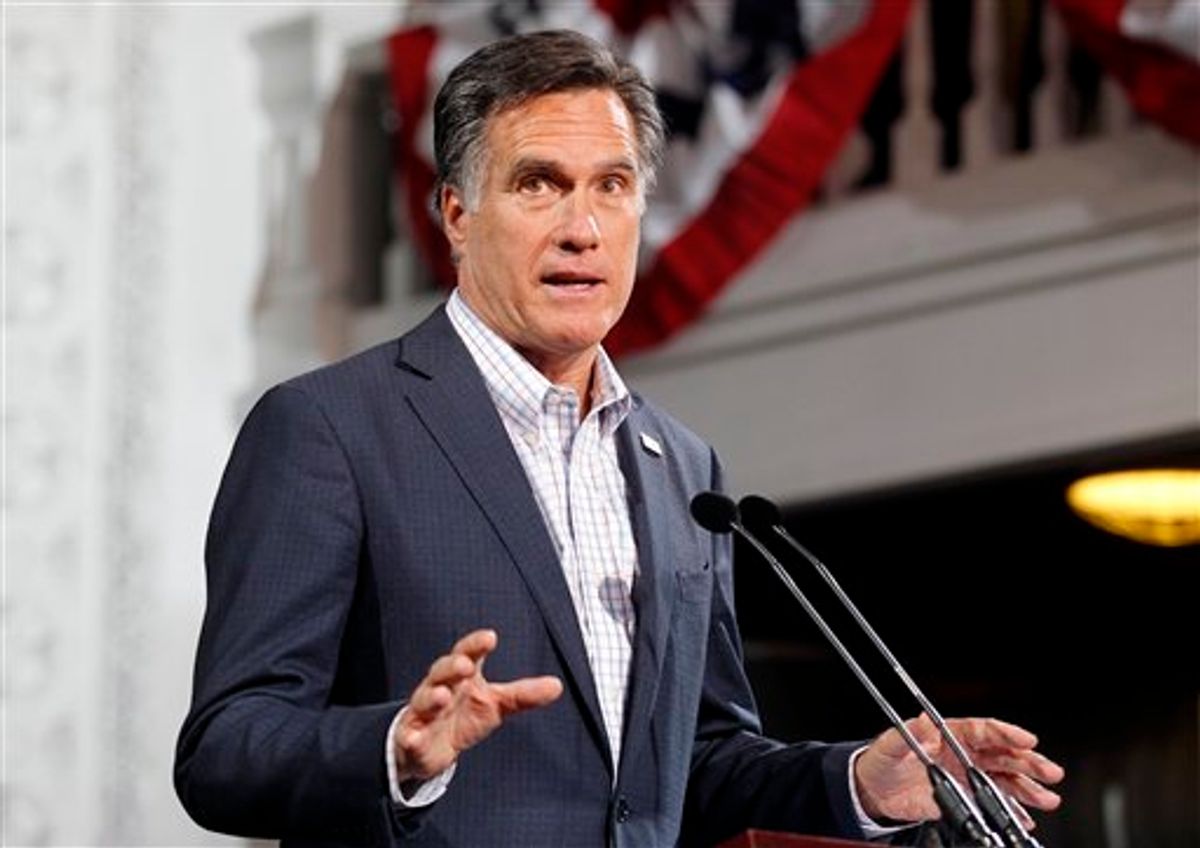 Don’t be fooled by the fact that no delegates were directly awarded – what happened in the Republican presidential race on Tuesday night is very significant.

The headline is that Rick Santorum won monster victories in the Minnesota caucuses and in Missouri’s non-binding primary and that he completed the sweep in Colorado, where his surprise victory over Romney was made official around 1 a.m.

But the bigger story is what amounts to a meltdown for Romney, who would like us all to believe that he’s the candidate of inevitability. But the inevitable candidate isn’t supposed to get crushed by 30 points, as Romney did in Missouri. And he’s not supposed to finish a very distant third, 10 points behind Ron Paul, as he did in Minnesota. And he’s certainly not supposed to let a candidate like Rick Santorum, who before tonight had barely been relevant since the Iowa caucuses, post the clean sweep Santorum just did.

Romney’s campaign knew trouble was coming, which is why they started Tuesday by releasing an expectations-lowering memo that pointed out that John McCain lost 19 individual contests in the 2008 race and emphasized the long game. And they hoped that the fact that no delegates were directly at stake in any contests would lead the media to downplay the results.

But the delegate situation was mostly a red herring. Really, there was no difference between the caucuses in Minnesota and Colorado and those that were held in Iowa on Jan. 3. In all three states, Republicans gathered at precinct caucuses that officially functioned as the first in a multi-step process to choose national convention delegates. At the local caucuses, Republicans were polled on their presidential preference, with the results not tied to delegate allocation. So if the political world is going to treat Iowa as a legitimate nominating contest, there’s no reason not to extend the same treatment to Colorado and Minnesota.

And while Missouri’s primary truly was a beauty contest (no delegates of any type were selected or allocated), 250,000 Republicans voters still turned out for it. That number is considerably lower than the 2008 total, but it still represents a significant statement by that state’s Republican electorate, especially when you consider that Romney only mustered a quarter of the vote without one of his chief foes on the ballot.

The results point to two specific trouble areas for Romney that probably have some overlap. The first is regional. So far this primary season, he seems to be struggling in the Midwest, losing every contest that’s been held in the region. The other is demographic. The contests in which evangelical Christians hold the most sway have so far been the most problematic for Romney. No exit polls were conducted on Tuesday, but all three states have substantial evangelical pockets – and the activist-oriented caucus environments of Minnesota and Colorado probably increased those voters’ importance.

More broadly, the results underscore the widespread reluctance to get behind Romney that continues to exist among the GOP base. Romney’s campaign can write off Missouri because of the unusual circumstances there and argue they didn’t focus much energy or money on Minnesota, but that only points to the degree to which Romney’s nomination strategy depends on attacking his rivals and overwhelming them financially.

February was supposed to be a cruise control month for Romney – a series of effortless, momentum-building victories that would marginalize his opponents and lead to one emphatic, nomination-sealing sweep on Super Tuesday. Instead, he now faces a real challenge just to make it through the rest of the month, which will include contests in Michigan and Arizona, without any more embarrassments. And the prospect of further setbacks in early March, when Ohio and several Southern states that are culturally ill-suited to Romney will vote, now seems likely.

What’s worse for Romney is that Santorum may get such a boost out of his big night that he further marginalizes Gingrich and gets the one-on-one shot at Romney that he’s long coveted. In this sense, the Missouri result may actually be meaningful; Gingrich wasn’t on the ballot, but it seems that his would-have-been supporters flocked to Santorum. If Gingrich fades out now and Santorum claims the lion’s share of his voters, he could do some real damage – maybe even this month. The flip side, of course, is that Santorum will now experience what Gingrich has faced for the past few weeks: a withering and well-funded assault from the Romney campaign.

Still, after Tuesday night, the finish line in the GOP race seems farther away than ever.