Proof that Romney really doesn't care about the poor

To achieve prosperity, the former governor proposes to raise taxes on low-income families with children 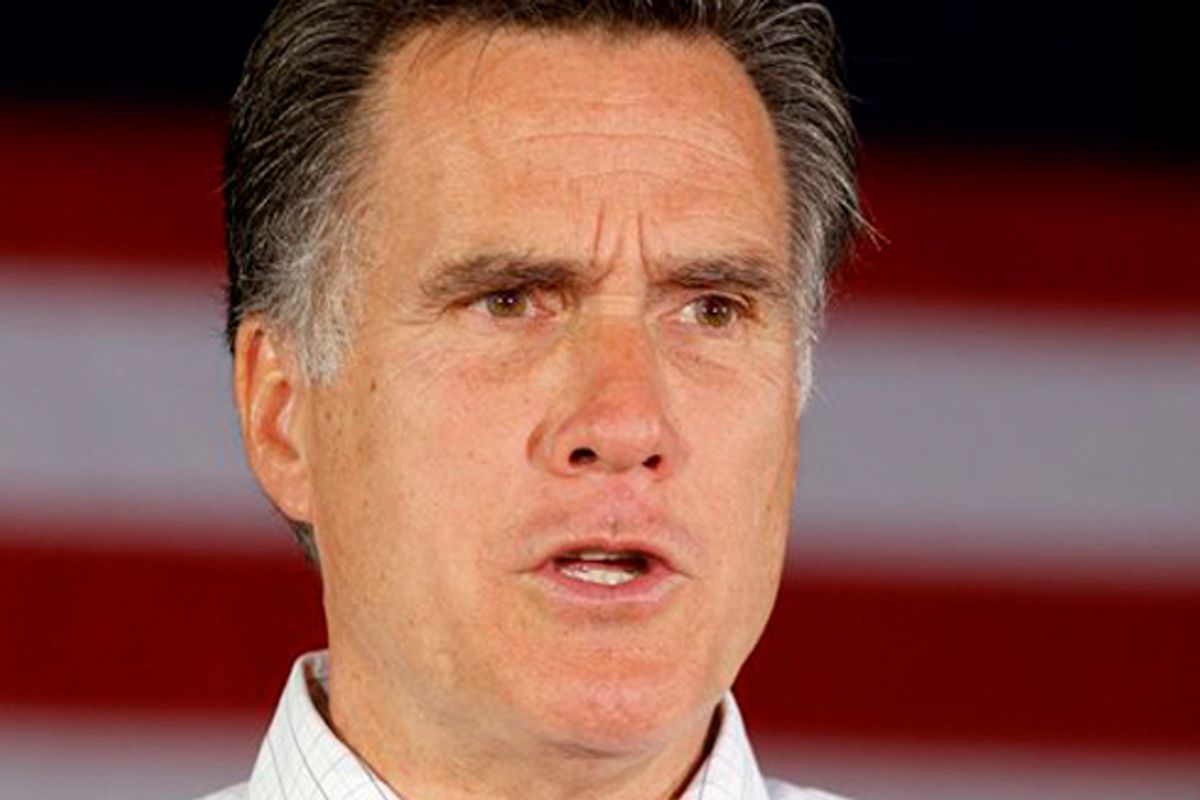 David Cay Johnston, tax reporter extraordinaire, takes a close look at Romney's tax proposals and discovers something that will be worth repeating as we get closer to the general election: Romney really doesn't care about the poor.

Romney's plan, writes Johnston, "would raise taxes on the poorest 125 million Americans while tilting tax cuts further toward the rich."

He would also raise taxes on poor families with children at home and those going to college.

To be fair to Romney, when the candidate made his comment on not caring about the poor, he did it in the context of noting that there is a "safety net" for the poor, and if it was broken, he would "fix it." But it's a little difficult to square the idea of fixing a broken safety net with the plan to eliminate tax breaks that benefit poor families with children who aspire to a college education. (Not to mention the little problem of figuring out how to pay for that safety net, while at the same time committing to making permanent budget-busting tax cuts.)

Romney's tax plan appears tailor-made for an Obama attack team to rip to shreds. Of course, judging by the results from the primary and caucus contests so far, poor people don't seem very inclined to vote for Romney, so maybe he figures he's got nothing to lose.