The Grave Threat of "Homegrown Terrorism"

A new report documents that this constantly discussed danger is, in fact, "a minuscule threat to public safety" 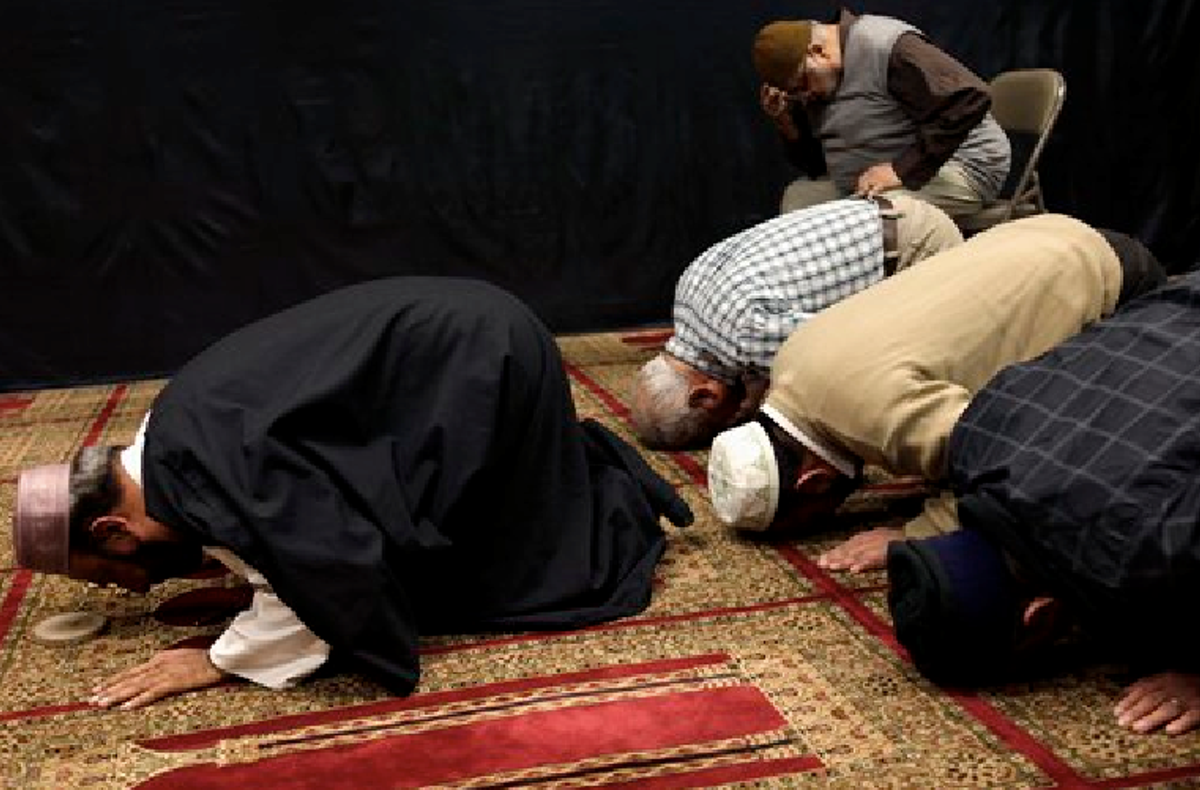 U.S. government officials and their cheerleaders in the community of so-called "Terrorism experts" have spent the last two years justifying Endless War and ever-increasing surveillance, detention and militarism authorities with a steady drumbeat of shrill warnings that the nation faces a new, grave menace: the threat of "Homegrown Terrorism" from radicalized American Muslims:

The government has failed to anticipate the danger from homegrown terrorists, some of whom immigrated to the United States, and now faces the most complex set of threats since the Sept. 11 attacks, analysts on an organization headed by the two 9/11 Commission co-chairmen warned Friday. . . .

"The United States has failed to fundamentally understand and prepare for these threats," group member Bruce Hoffman said. "Terrorists may have found our Achilles' heel. We have no strategy to deal with this growing problem and emerging threat."

A new report to be released later Friday says that in the nine years since the Sept. 11 attacks, the terrorist threat against the United States has fundamentally changed. The biggest threat is no longer coming from the dusty landscape of Afghanistan or the mountains of Pakistan border regions. Instead, experts say, the threat now comes from within our own borders, in the form of homegrown terrorists.

"A key shift in the past couple of years is the increasingly prominent role in planning and operations that U.S. citizens and residents have played in the leadership of al-Qaida and aligned groups, and the higher numbers of Americans attaching themselves to these groups," a new report by the Bipartisan Policy Center's National Security Preparedness Group says.

In a rare and wide-ranging interview, the attorney general [Eric Holder] disclosed chilling, new details about the evolving threat of homegrown terror . . . .  What was uppermost on his mind, however, is the alarming rise in the number of Americans who are more than willing to attack and kill their fellow citizens.  . . .

"The threat has changed from simply worrying about foreigners coming here, to worrying about people in the United States, American citizens -- raised here, born here, and who for whatever reason, have decided that they are going to become radicalized and take up arms against the nation in which they were born," he said. . . .

Homeland security and counter-terrorism officials warned lawmakers Wednesday that the nation is increasingly threatened by foreign terrorists who seek to recruit U.S. citizens.

The largest threat to the U.S. is no longer Osama Bin Laden, according to the director of the National Counterterrorism Center (NCIC), Michael Leiter, but is now Anwar Al-Awlaki, the head of the Al Qaeda in the Arabian Peninsula group based out of Yemen.

The increased threat that Al Qaeda in the Arabian Peninsula poses revolves heavily around its ability to attract and reach U.S.-natives who want to be trained in terrorism techniques, and who could fall beneath the radar of intelligence circles more easily.

Homeland Security Secretary Janet Napolitano told members at the hearing that domestic terrorism and homegrown radicalization is a very large focus of the Department of Homeland Security (DHS).

The proliferation of radicalized followers of al Qaeda within the U.S. has put the nation at a heightened risk of terrorist attacks, though on a smaller scale than the Sept. 11, 2001, strikes, security officials told Congress Wednesday. . . . "In some ways, the threat facing us is at its most heightened state since" 9/11, [Homeland Security Secretary Janet] Napolitano told the House Committee on Homeland Security . . . U.S. counterterrorism officials, led by White House terrorism adviser John Brennan, are turning their sights on the threat posed by homegrown extremists . . . . The rise of homegrown threats has occurred despite U.S. successes fighting al Qaeda's central command, according to a report released this week by the Center for Strategic and International Studies, a Washington think tank.

Several top U.S. counterterrorism officials had the same message: Americans radicalized at home and trained in Pakistan represent a new and disturbing threat to the American homeland.

The number of terror incidents involving Islamic radicals who are U.S. citizens has seen an uptick in recent years. . . . As the list has grown, the question increasingly arises of how to combat Islamist terrorism at home.

Homegrown Islamic terrorists -- possibly including radicalized American soldiers -- who target U.S. military communities in the homeland are a "severe and emerging threat," according to a new Congressional report.

The report, released by the staff of Rep. Peter King, Chairman of the House Homeland Security Committee, says there have been at least 33 "threats, plots and strikes" against U.S. military communities since the Sept. 11, 2001 terror attacks and the likelihood of another deadly attack by "militant Islamists" is a "severe threat."

But like virtually every War on Terror threat hyped by government officials, these claims are wildly exaggerated to the point of pure fabrication; from The New York Times today:

A feared wave of homegrown terrorism by radicalized Muslim Americans has not materialized, with plots and arrests dropping sharply over the two years since an unusual peak in 2009, according to a new study by a North Carolina research group.

Charles Kurzman, the author of the report for the Triangle Center on Terrorism and Homeland Security, called terrorism by Muslim Americans “a minuscule threat to public safety.” Of about 14,000 murders in the United States last year, not a single one resulted from Islamic extremism, said Mr. Kurzman, a professor of sociology at the University of North Carolina.

Just consider what the constant hyping of this "miniscule threat" has enabled. The once-controversial Patriot Act was extended for another four years with no reforms whatsoever based on these fears (Christian Science Monitor: "National Intelligence Director James Clapper warned the House Permanent Select Committee on Intelligence that failure to renew the [Patriot Act] provisions could stymie important intelligence-gathering operations both domestically and abroad"; "'When the clock strikes midnight tomorrow, we would be giving terrorists the opportunity to plot attacks against our country, undetected,' Senate Majority Leader Harry Reid said on the Senate floor Wednesday. In unusually personal criticism of a fellow senator, he warned that [Rand] Paul, by blocking swift passage of the bill, 'is threatening to take away the best tools we have for stopping them'").

The Obama administration seized the power to assassinate American citizens without due process or checks of any kind based on the same grave threat ("Holder says many of these converts to al Qaeda have something in common: a link to radical cleric Anwar Al Awlaki, an American citizen himself"). A full ten years after the 9/11 attack, the indefinite detention provisions of the NDAA were codified into law (Lindsey Graham: “Homegrown terrorism is a real threat. There are a lot of people being radicalized on the Internet"). The CIA and the NYPD jointly created a domestic surveillance program to infiltrate mosques in the U.S. based on this constant emphasis on this "Homegrown" threat. A group of bipartisan members of Congress, led by Joe Lieberman, have introduced the "Terrorist Expatriation Act" to strip Americans of their citizenship based on claims they are associated with Terrorism ("This Act will provide another important tool for our military and intelligence communities to use against homegrown terrorists"). Miranda rights have been curtailed for domestic Terror suspects. And, in general, this is the dramatic threat constantly invoked to justify the ongoing War on Terror and all of the militarism, expansions of surveillance and detention powers, and assaults on core liberties that accompany it; indeed, it has, by design, resulted in a shift in civil liberties erosions to American citizens on U.S. soil.

But these fears are illusory -- every bit as manufactured as the long series of other threats hyped by the U.S. Government over the last decade to justify the never-ending War:

Defense Secretary Donald Rumsfeld, continuing a daily drumbeat of Bush administration warnings, said Tuesday that terrorists were certain to acquire nuclear, chemical or biological weapons, and "will not hesitate to use them."

He said that Iran, Iraq, Libya, North Korea and Syria were developing such weapons.

Terrorists with links to those countries, he told a Senate subcommittee, "inevitably will get their hands on them" . . . Tom Ridge, the director of homeland security, said Tuesday in reference to possible new attacks on U.S. targets, "It's not a question of if, it's a question of when."

The central linchpin of Endless War and civil liberties erosions is keeping fear levels high. Foreign Al Qaeda villains once served that role, and Homegrown Terrorists have now replaced them. That they are, in fact, a "miniscule threat to public safety" seems to have no force in even slowing down, let alone grinding to a halt, the never-ending war mentality imposed on the citizenry even though we are now more than a full decade away from the last successful Terrorist attack on U.S. soil.

I'll be speaking tonight in Tennessee, tomorrow in Ohio, and on Saturday in Idaho regarding civil liberties; the events are open to the public and details are here.