Will Obama compromise on birth control? 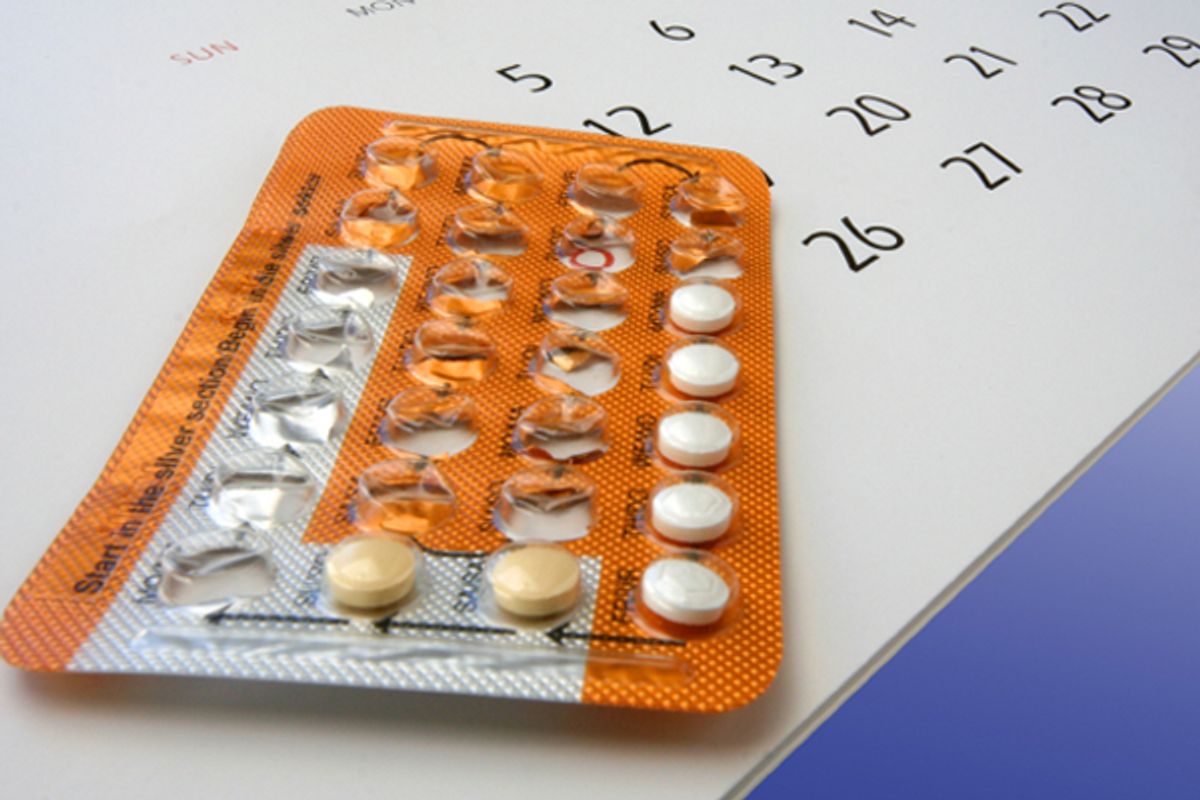 This morning, comments made by David Axelrod had pro-choicers in a fresh panic, just days after what felt like a broad-based victory on reproductive rights in the Komen/Planned Parenthood kerfuffle. "We're going to look for a way to move forward that both guarantees women that basic preventative care that they need and respects the prerogatives of religious institutions," said Axelrod.

He was talking about Catholic bishops who are furious that affiliated hospitals and universities can't deny their employees contraceptive coverage through their insurance plans -- never mind that actual churches are exempt, that this is coverage that in many cases these institutions already offer, for women and men who are already using contraception in violation of the church's teachings. The New York Times, among others, interpreted this as a signal of retreat, leading with "The White House may be open to compromising" on the rule, which requires full coverage of contraceptives as preventive care under the Affordable Care Act.

Also today, pastor Joel Hunter, an evangelical minister whom the Washington Post described as "a key White House adviser on faith issues," claimed that "there are conversations right now to arrange a meeting to talk with folks about how this policy can be nuanced," as if the Department of Health and Human Services hadn't already reviewed the formal complaints made by the Catholic bishops.

And yet there was Jay Carney in the White House press briefing today, asked by a reporter "if there’s a debate within the administration about reconsidering, and you flatly said, no, the decision has been made. Does that absolutely remain the case, no reconsideration?" Carney replied, "It does. The president is committed to making sure that all women have access to these important preventive services." (Indeed, Barack Obama's own campaign is still trumpeting the move as a signal accomplishment.)

But Carney also said, "[T]he process going forward includes a transition period where this discussion will continue to see if there can be ways found that ensure that women get access to this — these preventive services and that those services are covered as they will be for all other women, and it also takes into account these religious concerns."

So what does all that vague signaling mean? Has anything actually changed? Judging by its public statements, the White House seems to think it can calm down the bishops (and the pundits who buy the line that religious liberty is being trampled) by floating words like "nuance" and making it sound like everyone's going to emerge happy.

And there's speculation, in the Washington Post and elsewhere, that it means looking at laws in Hawaii and in New York that require women at institutions that deny them birth control coverage to go directly to their insurers. This would be an academic distinction, and whether that roundabout compromise would even mollify the apparently small and noisy constituency actually worked up about this is another question. Contrary to a reporter's assertion to Carney today, the new rule does not "require [religious institutions] to pay for" birth control. As Jonathan Cohn pointed out, under the U.S. system, even with employer contributions, "you pay for your insurance through wages that your employers withholds and dumps into a health insurance fund on your behalf ... It’s really your money that's paying for your health insurance, not your company’s. The only objection that ought to matter is yours." None of this has mattered so far.

Why are we still arguing about contraception in 2012?  The Catholic bishops are free to make as many incendiary comments as they want, and they have, but that doesn't mean that pundits should assume there's a constituency beyond a bunch of celibate men and likely Republican voters that is actually going to be swayed by this. New polling on the topic shows, for example, that "a 53 percent majority of Catholic voters ... favor the benefit, including fully 62 percent of Catholics who identify themselves as independents."

It's also been striking how much the conversation on the right and in many mainstream media forums has been dominated by men arguing about how much of a right they have to deny access to contraception, the responsibility for which, in practice, still overwhelmingly falls on women. Of course, contraception access should also matter to men (particularly if they're men who have sex with women). But the male-dominated nature of this discussion has been different from the one we saw last week, where all over social media, male allies were visibly pushing back at the Komen foundation and speaking up for Planned Parenthood. It's been more along the lines of Mark Halperin dutifully listening to Axelrod talk about the millions of women who would benefit from this policy and responding, in a rare moment of mildly apologetic self-awareness,  "I appreciate the substantive answer, I really do ..." and asking whether the administration's regard for public health considerations made for bad politics.

Last week, we heard so many stories, and rightfully so, about real women helped by Planned Parenthood or affected by breast cancer. This week's discussions, driven in part by Mitt Romney trying to gain on the issue and the bishops ramping up their rhetoric, have been mostly about political gain and what a purportedly abstinent hierarchy of men think.

Instead, we should be talking about real women affected by this policy, like the unnamed Georgetown law student with polycystic ovarian syndrome featured in the Times, who lost an ovary after falling prey to the "pro-life" insurance compromises at her institution. Or why the millions of women who get their insurance through a Catholic institution and use birth control should be subject to different rules than their fellow citizens.

One Catholic bishop insisted, with no sense of irony whatsoever, that "people of faith cannot be made second-class citizens.” Apparently women are another story.