The civil rights battle ignored by the U.S. media

The documentary "Black Power Mixtape" tells a counter-history of the 1960s, through the eyes of foreign journalists 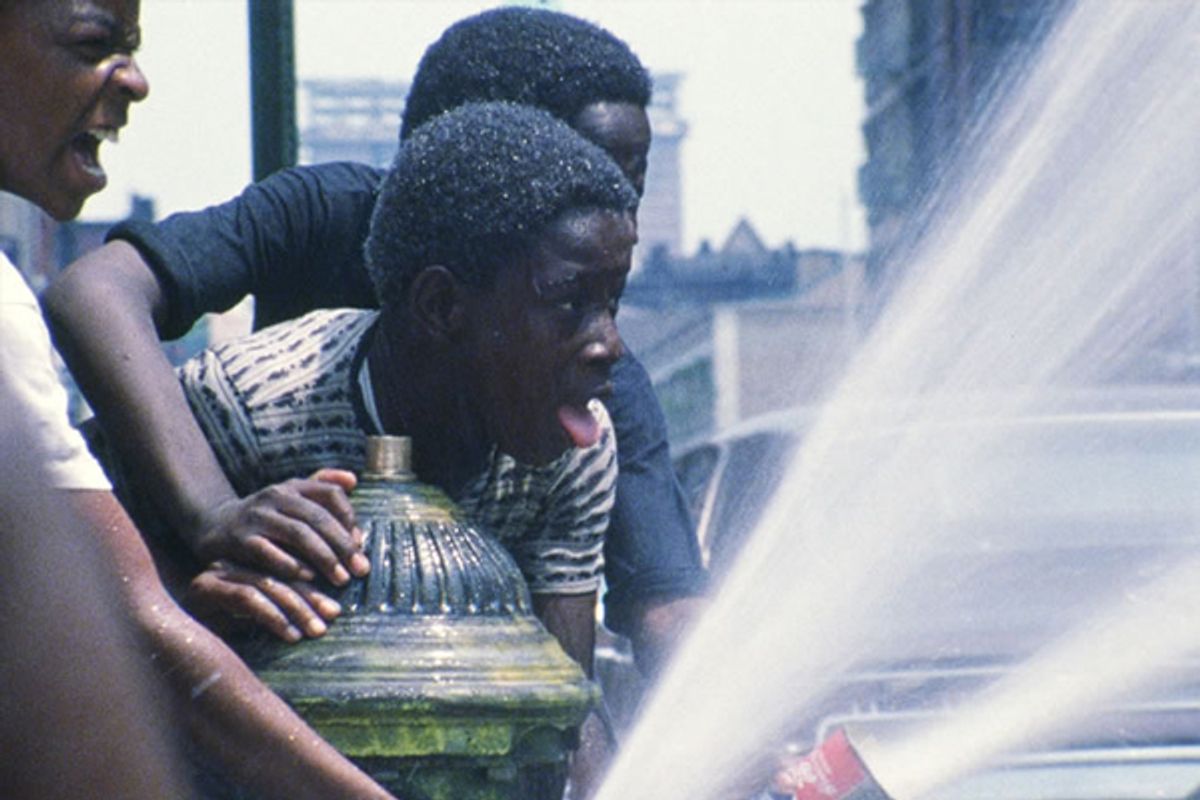 It was tough enough to track the social and political upheaval of the 1960s through domestic news coverage, let alone to pay attention to what the rest of the world was reporting. But journalists from abroad were fascinated by the roiling changes -- and often saw it quite differently.

Though U.S. network coverage of civil rights cruelties helped rally the country against the worst offenders in the South, coverage of revolutionary groups such as the Black Panther Party more often took J. Edgar Hoover’s extremist stance that it was the most dangerous internal threat to the U.S. Rarely did it look at the accomplishments of its free breakfast programs, community organizing and determination to stand up to police harassment and brutality.

Swedish newsmen and filmmakers who didn’t follow the FBI line came to America to learn what they could, looking at life in largely segregated black America, talking frankly and seriously with black leaders and closely following their trials.

Footage of the era, said to have been sitting in a Swedish basement for three decades, became the eye-opening documentary “The Black Power Mixtape 1967-1975” making its U.S. television debut on PBS’ “Independent Lens” Thursday night as part of its Black History Month series.

The modernist title owes in part to filmmaker Göran Hugo Olsson using modern-day commentary, from musicians in many cases, to accompany the found footage. Talib Kweli, Erykah Badu and Ahmir “Questlove” Thompson of the Roots add their contemporary revolutionary musing among commentaries by professors and historians.

The wealth of Swedish footage owes in part to the Panthers’ desire to see their movement as an international one, or one that certainly relied on support from outside the U.S.

It is the Panthers’ Embassy in Algeria where Eldridge Cleaver holds court, for example, far from the threat of FBI invasions. Martin Luther King Jr.’s visits to Stockholm to meet King Gustaf VI Adolf that are well preserved, and King’s traveling partner Harry Belafonte recalls the meeting.

Some of the earliest footage in the film shows a young Stokely Carmichael speaking in Stockholm in 1967, stating in the simplest terms the recent history of black movement in the U.S., carefully stepping beyond the nonviolent action approach by King.

“In order for nonviolence to work, your opponent has to have a conscience,” he points out coolly. “The United States has none.”

In some ways, it is the footage of Carmichael, the Student Nonviolent Coordinating Committee and honorary “prime minister” for the Panthers, that is the revelation of “The Black Power Mixtape.” How suppressed has his voice been over the years, even at a time of black history mining?

It’s certainly eye-opening for modern-day commentator Kweli, who exclaims, “He has so much passion and fire inside of him,” yet remains quite cool. “He seemed like a regular dude.”

After telling reporters in Stockholm, “I’m not as patient as Dr. King,” Carmichael takes over a Swedish interview of his own mother in Chicago to get to the point: The family’s struggles and limited opportunities can be boiled down to the fact that they are black.

One gets the sense that Swedish journalists enjoyed visiting black ghettos, where they tried to get a taste of life as they paused for interviews with Huey P. Newton and Kathleen Cleaver.

The coverage was noted in the U.S. as well, when TV Guide in a cover story complained about its negativity. Swedish reporters interviewed the story’s writer, balancing it with the view of director Emile de Antonio, who dismisses TV Guide as “an absolute nothing magazine.”

Officially, Sweden had been so critical of America’s role in Vietnam that the U.S. pulled its ambassador from Stockholm in 1968 and ended diplomatic relations with the country altogether for a time in 1972, after Prime Minister Olof Palme compared the bombings of Hanoi with the worst atrocities of Nazis.

Whatever the diplomatic relations, Swedish journalists certainly took the black revolutionaries more seriously and were plainly excited to be the first TV reporters to talk to an imprisoned Angela Davis. Still, because they worked from the same script, the question soon boiled down to: Do you have to use violence to reach your goals? Davis, receiving her first media visitor, was plainly annoyed by this, in just about the only footage that’s in color rather than black-and-white.

“When somebody asks me abut violence, I just find it incredible,” she says. “What it means is that the people who ask have no idea what people have gone through, what black people have experienced in this country since the time the first black person was kidnapped from the shores of Africa.”

The revolutionary tone of the film may provide grist for those on the right who erroneously see PBS as some kind of government-funded left-wing propaganda machine. When was the last time Louis Farrakhan was given a forum to talk about white devils?

But “The Black Power Mixtape” qualifies as a social history of a revolutionary movement, one quashed by a mid-1970s drug infusion to black neighborhoods that film participants are quite sure was caused by the government.

More than that, the modern voices in the film are resolute that lessons of the past need to be learned as the struggle goes on.