The two Americas clash at CPAC 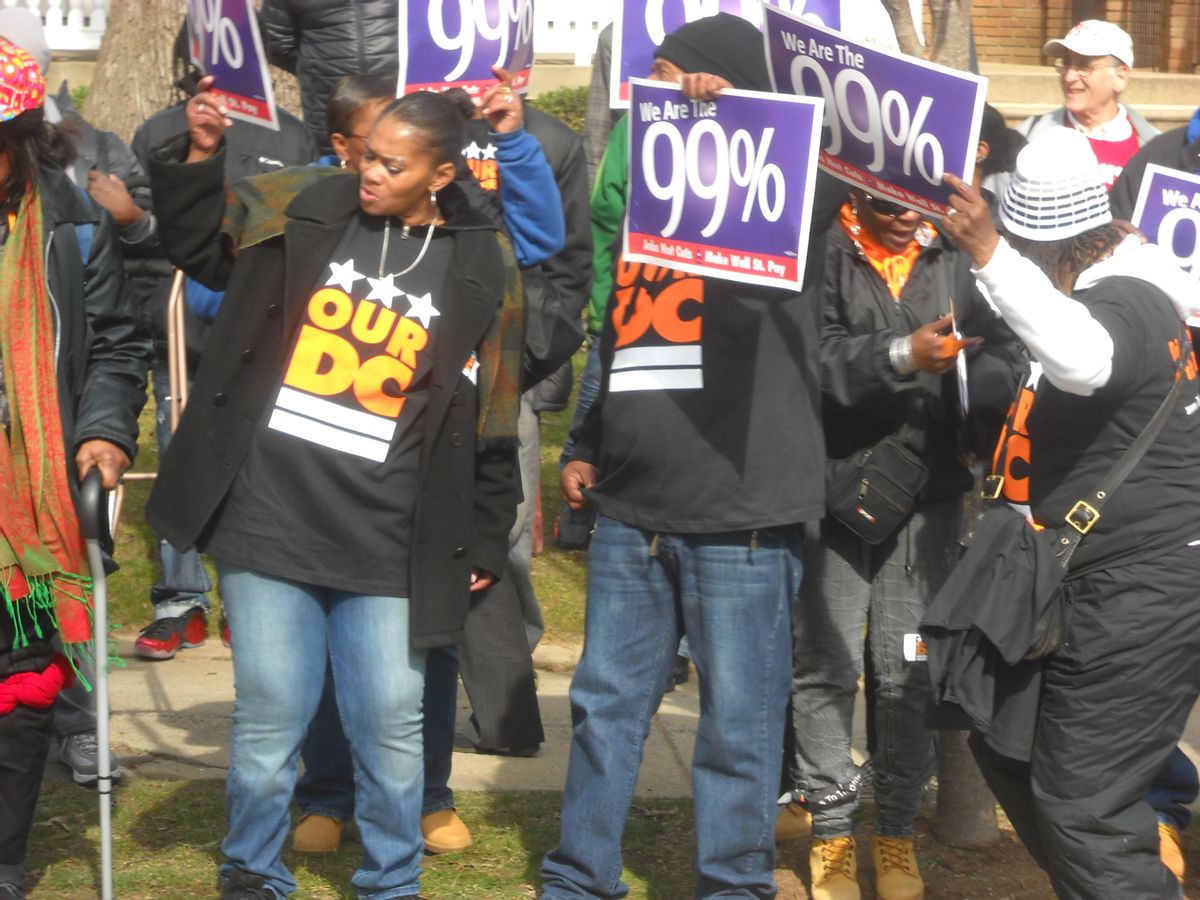 The two Americas came face to face briefly Friday afternoon at the Conservative Political Action Conference in Washington, D.C. While several thousand conservatives thronged the Wardman Park Marriott Hotel, several hundred progressive unionists marched up to the hotel's entrance, banging drums, carrying signs like "CPAC: Conservatives Pleasing America's Corporations" and chanting "We are the 99 percent." As they were turned back by police and hotel security, conference participants watched, often with disdain.

"Get a job," shouted one conservative. "I've got a job," one long-haired demonstrator fired back. "I'm a farmer. I grow the food you eat." The demonstrators, responding to an email message from the D.C. Metropolitan AFL-CIO Labor Council, came from a wide range of unions including the United Auto Workers, the Service Employees International Union, and the Sheet Metal Workers Union. They marched with members from the Fight for Philly community group, the New York Committee for Change, and veterans of the two now-evicted Occupy D.C. sites.

They were a theatrical bunch. One group of protesters dressed up in blue and white baseball uniforms emblazoned with the logo "Tax Dodgers" who posed for a picture with a giant baseball Mitt. (Get it?) Another man dressed up in a suit emblazoned with dollar signs and the Wal-Mart logo said he was running for president as a corporation. "If corporations are people," explained Ben Waxman, "why not have a corporation as president?"

As the boisterous demonstrators took over the street in front of the hotel chanting, "Whose America? Our America," one conservative spectator turned to a friend and said, "What a contrast."

"You mean between civilized and uncivilized?" responded his friend.

No, the contrast was between mostly working-class demonstrators punished by the Great Recession and conservative conference participants determined to blame the economic downturn on the Obama administration. There was no debate, only a clear sign of division.