Is it truly better to love and lose than not to love at all? Further book-themed advice for Valentine's Day 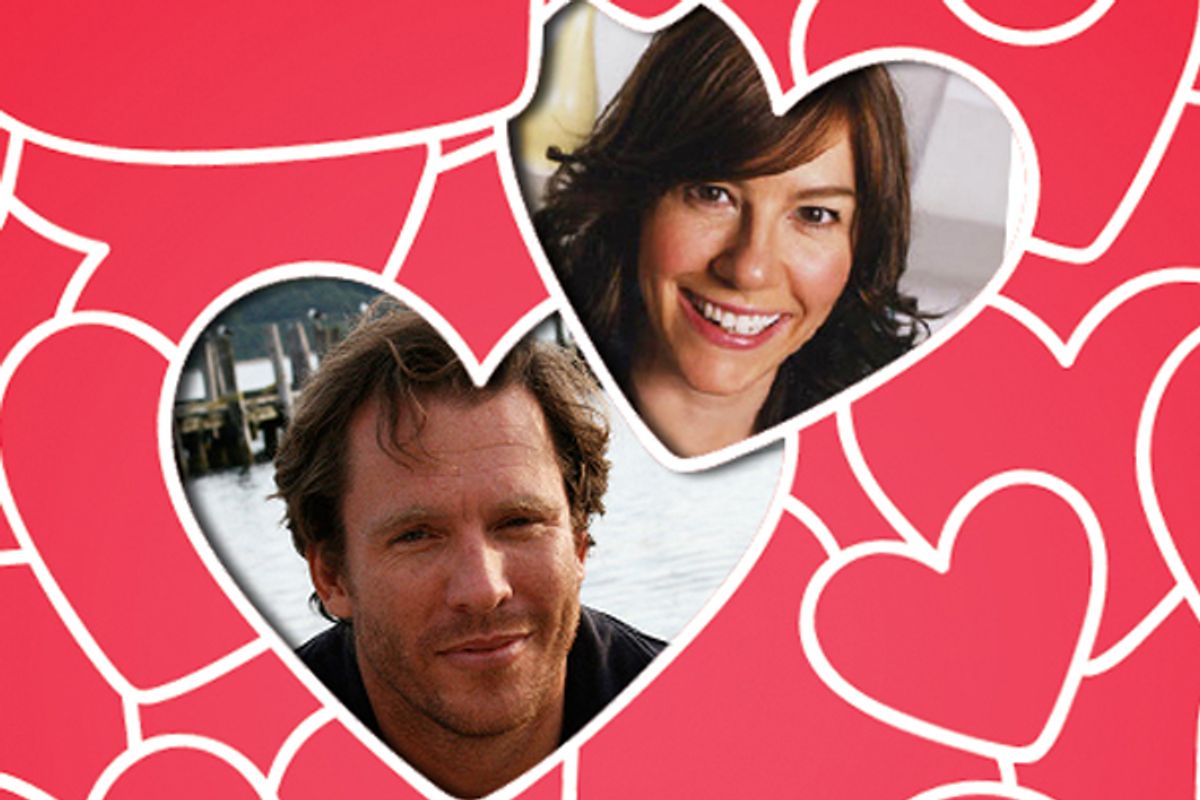 Last week, we asked you to tell us about your love woes for a special Valentine's Day advice column. Many of you responded; while our guest columnists couldn't answer everyone, we hope the following responses -- along with an earlier installment, published this morning -- will inspire you to seek wisdom and comfort in the words of some of literature's true greats. For more on love in classic literature check out Maura and Jack's book, "Much Ado About Loving" (out now).

I'll keep this as short as I can, because the situation is quite simple really. After many years of keeping in touch across long distances (from occasional emails and phone calls to sleeping together if we happened to be in the same city), I finally live in the same city as a man I have been infatuated with, in love with and everything in between. Now that I'm here, he has become evasive, flaky and sometimes a flat-out jerk. I'm accustomed to being pursued and wooed and made a priority. Now I am bending over backward to try to see someone who changes plans, doesn't make an effort to make time for me and doesn't put any effort into our plans when we do get together. I have never been treated worse in my life. I have never been treated like this by a man -- and yet I keep going back for more. I hate the way it makes me feel, but for some reason I can't stop.

Hit me with the canon. I need it.

Jane Austen and I feel your pain. In "Sense and Sensibility," her character Marianne Dashwood has a very similar experience. She and a charming young guy named Willoughby are thick as thieves, as my grandmother might say; he seems to be just as besotted by her as she is by him. But then he moves away unexpectedly, to London. When she shows up there, for an unannounced visit, he gives her the cold shoulder so hard that all of us readers shiver, and pull the couch blankets up around our necks. He is — like your man — evasive, flaky and flat-out jerky. Marianne later figures out why Willoughby is blowing her off: He's gotten engaged to another (much wealthier) woman.

But my guess is that your guy isn't a player as much as a commitment-phobe. He was perfectly into you when he didn't have to take the relationship seriously; now that he does, he can't be counted on for anything. Commitment-phobes abound in literature, and run the gamut from unremitting scalawags, like Lucas Burch in Faulkner's "Light in August," to people so obsessed with ambition that they just can't be seriously involved in relationships, like the main man in "The Aeneid," to more deeply conflicted characters, like Esther Greenwood in "The Bell Jar," who fears getting too close to anyone will only set her up for a great emotional disturbance, like the one she experienced when her father died in her childhood.

I don't know why your guy is acting like he is -- whether it's because he's a plain old scalawag, someone who's scared of loss, or because, like Aeneas, he believes he's destined for great things. But one thing is for sure: He's not treating you right. Trying to change him is likely to be a losing battle. (Just ask Pip Pirrip, of "Great Expectations," who spent the better part of a lifetime trying to get the girl he loved to pay attention to him.) But you can change yourself. Detach yourself from this ball of confusion. Get out there and see what your new city has to offer.

I am absolutely, head over heels in love with my man of two years. I think about him constantly, and we each dream of the future and have joked once or twice about what our wedding would be like. That is not the problem. This is a fairy-tale love and we are perfect for each other. Except ... There's a time limit of three years. He's enlisted in the U.S. military and will be reassigned (likely far away) in one year. Great, I could marry him and move with him, you say? Everyone says that to me, but no. I'm a single parent and can't see myself moving out of state -- I don't want to take my child away from his father. So I go on and enjoy each day that I have him, knowing that as this charges ahead my heart will eventually break -- harder than if I ended it today. I go on, and I love him more and more every day because it's better to have love and lost than never to have loved, right?

It’s a sad fact that there are great loves that aren’t destined to last, but, for my money, I’d much rather love hard and lose than not love at all. And, yes, he’s going to be reassigned, but who knows what will come of things after that. If you can keep your connection strong, he might be able to arrange to come back to you in time.

To me, the beauty and wonder of real romance is worth a lot of risk and sacrifice — and even a lot of heartache. If you were to walk away now, you’d always wonder what you might have had, and, over time, that could end up more frustrating than taking it all the way and seeing what happens. I say go for it!

As for books to read, I’d go for the subtle love story of "The Odyssey." Odysseus is forced to leave his beloved wife, Penelope, to go and attack Troy with a slew of Greek ships, and it takes him 20 years to get home (granted, a few too many of those are spent in the caresses of Circe, but forget about that part ...). When he finally does get home, his love for Penelope is as strong as ever — and my, what quick work he makes of all the other guys trying to get her hand. It’s an excellent parable of the endurance of real love.