Will he be any more capable of fending off Mitt’s attacks than Newt was? 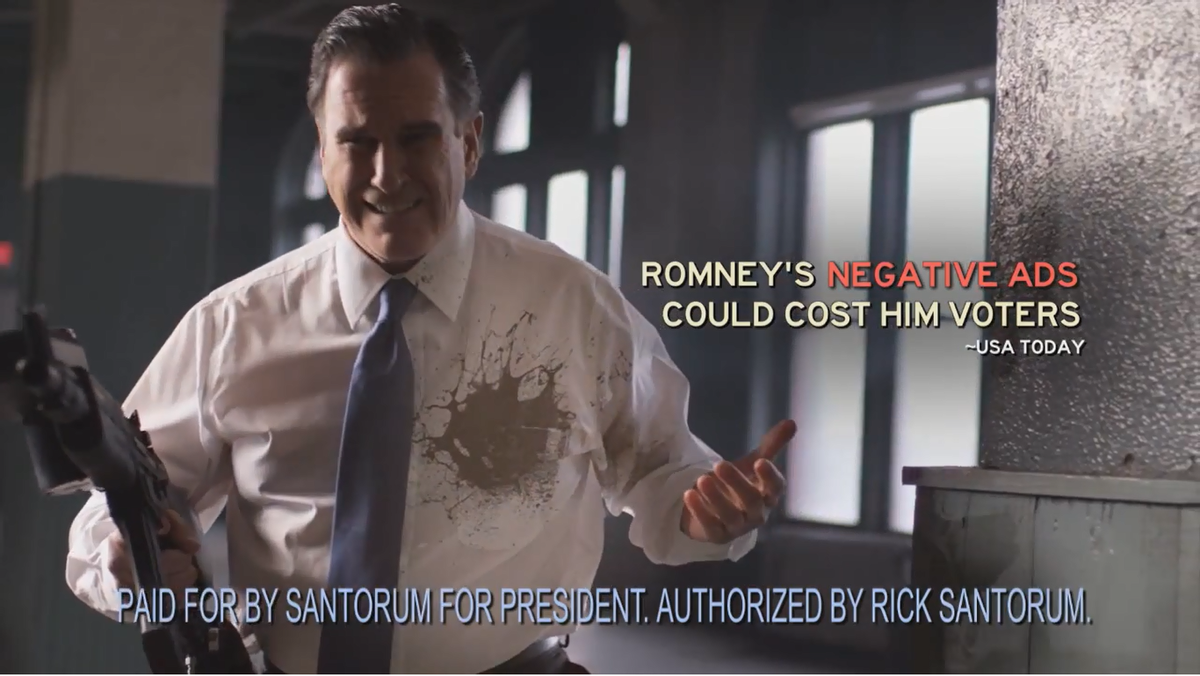 We've known it was coming from the moment Rick Santorum scored his surprise three-state sweep last week, and now it's here: The first anti-Santorum attack ad from Restore Our Future, the Mitt Romney-aligned super PAC:

The spot is apparently running in Michigan (where the latest polls all show Santorum ahead of Romney), Ohio (where a poll today puts Santorum ahead by seven points), and Arizona (where Romney seems to be in better shape). Presumably, the number of attacks ads like this and the frequency with which they air in these states will increase in the days ahead.

This, of course, is the formula that Romney relied on to undermine Newt Gingrich when the former House speaker emerged as his chief rival in the run-up to last month's Florida primary. In a way, Santorum is in basically the same position Gingrich was then, frantically playing financial and organizational catch-up after a breakthrough victory. So Gingrich's Florida futility seems telling: Even with a major boost in fund-raising and a $5 million check from Sheldon Adelson, he was still outspent by Romney by an estimated $12 million on ads in Florida.

Now it's Santorum's turn to face this kind of disparity. Money has been flowing into his campaign like never before this past week and he's found his own super PAC benefactor, but there's just no way he and his allies will even come close to matching what the Romney forces will be able to spend in Michigan, Ohio and any other state they deem crucial to their strategy. What's worse, the Wall Street Journal reported today that Adelson, who's been sending signals behind the scenes that he wants to stay loyal to Gingrich but also wants to help Romney, may have found a way to reconcile his inner-conflict -- funding ads that are ostensibly aimed at helping Gingrich but that actually do Romney a big favor by bashing Santorum.

If there's a ray of hope for Santorum, it can be found in the content of Restore Our Future's new attack ad, which blasts Santorum for votes as a senator to raise the debt ceiling and allow convicted felons to vote and for earmark requests. What's striking is how little the Romney forces have to work with; after all, you can always find something to put in a 30-second attack ad, but the material being used here has an obscure/random feel to it. Santorum, with his generally consistent conservatism and lack of serious personal baggage, just doesn't isn't the same ripe target as Gingrich. When the Romney campaign needed to attack him, the ads literally wrote themselves:

Santorum doesn't have the money to saturate the airwaves with ads like this. But his real aim may be to them to generate viral and free media attention and to convince influential conservatives around the country to rally to his defense and push the Mitt-as-bully narrative.