Republicans won't back a key anti-violence act, Chris Brown is celebrated -- and the Internet just cheers along 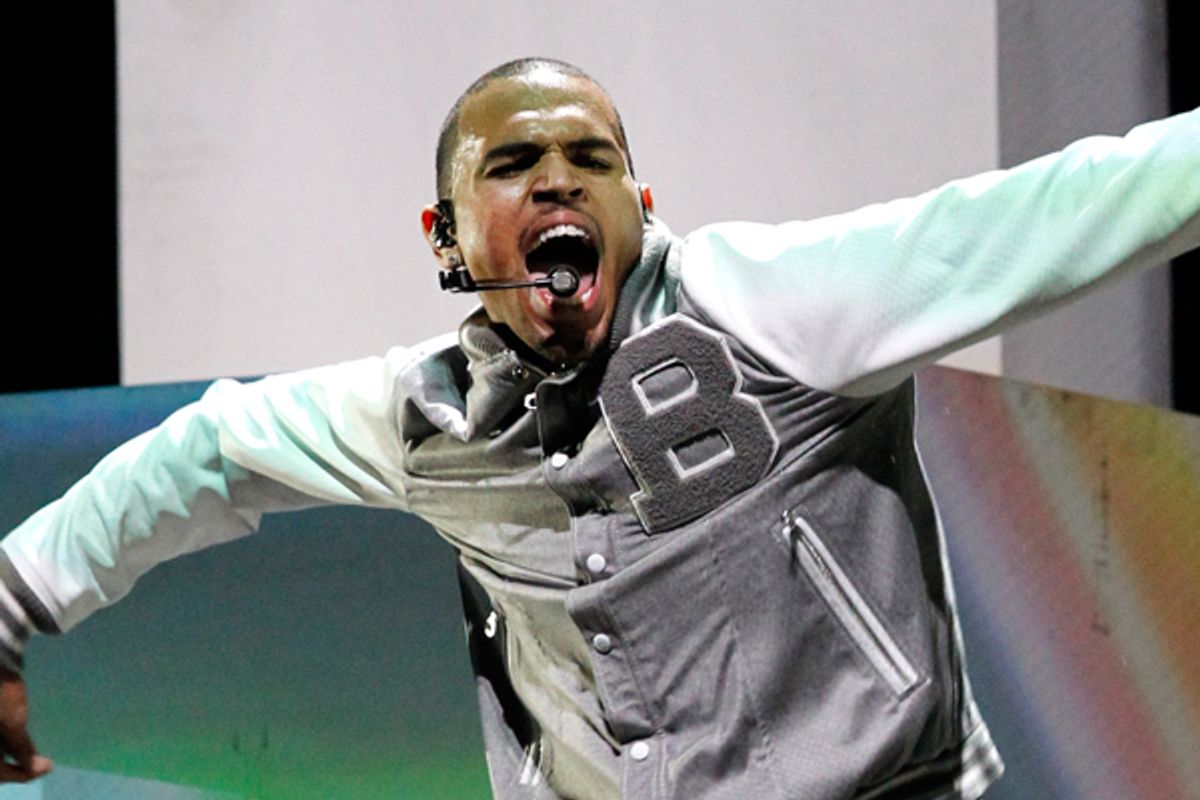 It's a great time to be a domestic abuser. Just last week, not a single Republican on the Senate Judiciary Committee voted to reauthorize the Violence Against Women Act -- a law that in 2000 and 2005 swept easily through the renewal process. While saying he "supports this law, always has," Sen. Charles Grassley, R-Iowa, did helpfully offer some changes – including, according the New York Times, "a huge reduction in authorized financing, and elimination of the Justice Department office devoted to administering the law and coordinating the nation’s response to domestic violence and sexual assaults." Surely those contentious new provisions that would offer protection to gay, lesbian and transgender victims as well as undocumented aliens wouldn't have anything to do with the holdup. Writing for GOPUSA last Tuesday, the perennially terrible Phyllis Schlafly crowed that the move was "a refreshing indication that Republicans are no longer intimidated by feminist demands" over a law that was "promoting divorce, breakup of marriage and hatred of men." Well, thank God we dodged that bullet. Now just fend for yourself dodging the real bullets, ladies.

We've also seen the surprisingly low-key response to the arrest Sunday of Hugh Hefner's son Marston on a domestic abuse charge. The younger Hefner is accused of assaulting his girlfriend Claire Sinclair, the 2011 Playmate of the Year. The Los Angeles Times reports that police, responding to a domestic assault call, "determined Sinclair had suffered minor injuries consistent with an assault," and a photo of a bruised Sinclair on TMZ seems to corroborate.

Sinclair says she doesn't want to press charges "if [Hefner] keeps his word to give a public apology for physically abusing me on several occasions, and seeks psychiatric help for his anger issues." (She has, however, sought a temporary restraining order.) And ever since the news broke, the always-classy TMZ commenters have been busy calling Sinclair "a whore [who] deserves everything she got," "gold-digging trash," and "a ho ass liar." Because girls who pose naked in magazines and date the boss' son shouldn't be surprised when they wind up bruised, right?

Hef himself, meanwhile, has been expectedly tight-lipped about the altercation. He did tell People this week that "If they care about each other, they'll patch it up." Sure, sometimes couples get in fights and they turn physical on both sides. But that's a hell of a hopeful response to having your son accused of beating his girlfriend – a woman you know and work with, by the way. A word or two about how it's not OK to hit the ladies, that the Playboy empire does not condone violence, might have been nice to add, as well.

But the biggest winner this Abuse-uary has been Chris Brown. Brown, who pleaded guilty to felony assault in 2009 for the beating of his then-girlfriend Rihanna -- and has been known to go berserkers after TV appearances and fire off a homophobic tweet or two for good measure -- was off to a rocky start Thursday when a Los Angeles judge denied his request to end his supervised probation early for good behavior. But by Sunday, he was all over the Grammys – performing in not one but two frantic numbers and snagging the prize for best R&B album.

The most demoralizing thing about Brown's triumph – sadder, even, than his bat-winged backup dancers -- was the way in which it set off a grotesque array of supportive, "go ahead and hit me" responses on the Internet. Perhaps inspired by Brown's track record, Buzzfeed quickly slapped something up: a collection of tweets and Facebook updates from viewers who declared they'd be happy to let Chris Brown beat them to a pulp. A banner night for Brown – a Grammy and a deluge of offers to "punch me in the face."

You can't judge a civilization on the dumb comments people leave on Twitter and TMZ. But you can wonder what would happen if we valued each other enough to start from a place where no one "deserves" or invites abuse. As Roxane Gay eloquently explained in the Rumpus, "We fail you every single time a (famous) man treats a woman badly, without legal, professional or personal consequence." And the failure isn't just in the relative ease with which the Violence Against Women Act can be brushed aside or a girlfriend beater can win music's highest honors. The failure is renewed every time we shame and blame women based on how they dress or what they do for a living, or romanticize assault as something to be patched up or playfully pleaded for. The failure is whenever we decide that violence is a legislative inconvenience or a joke. The failure isn't just at the end of a man's fist. It's in the culture that condones him.