When Iran and Israel were friendly

As the two countries prepare for war, a forgotten history of collaboration 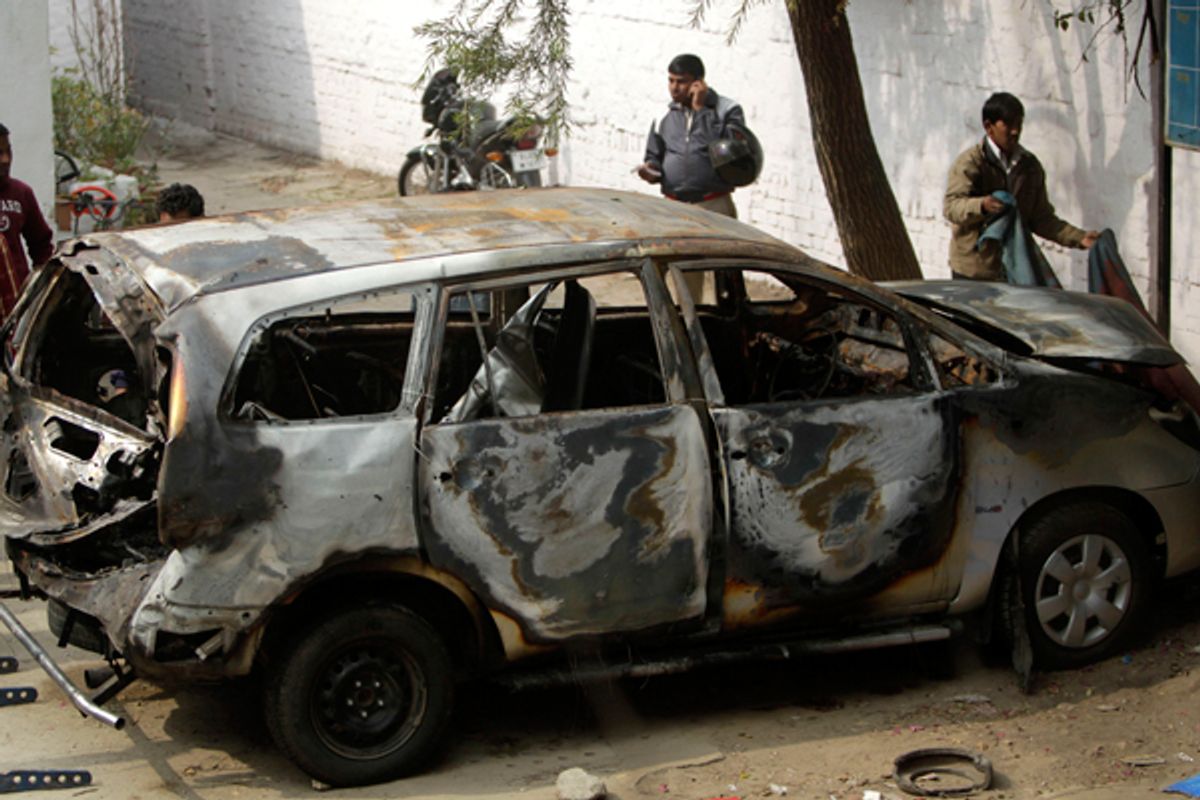 The explosions in Bangkok on Tuesday that destroyed an Israeli diplomat's car escalated the already-dangerous situation between Iran and Israel. Israel’s defense minister connected the attacks with others on Israeli embassy personnel in India and Georgia. “Israel will act methodically and take strong yet patient action against the international terrorism that originates in Iran,” warned Prime Minister Benjamin Netanyahu. For its part, the Iranian regime strongly rejected the charges, angrily claiming the attacks were the work of Israel itself. Each week seems to bring fresh evidence that a full-blown Iranian-Israeli war is growing more likely, a conflict that could engulf the entire Middle East and draw in the United States.

Yet it would be a mistake to believe that Israel and Iran are eternal enemies. In fact, these two countries that despise each other so much — Iran’s Supreme Leader recently called Israel a “cancer” — were once allies. This is not ancient history. Both pre- and post-Revolutionary Iran had extensive military and economic ties with the Jewish state. As recently as two decades ago, each country considered the other a vital friend in a region filled with hostile enemies. Conflict between the two may be bitter, but it is not, and never was, inevitable.

Iran informally recognized Israel in 1950, becoming the first Muslim-majority country after Turkey to do so. With few allies in the region, Israel welcomed Iran’s modest support.  That support increased when England and the United States overthrew a democratically elected government in Iran in 1953, installing in its place a more Western-friendly regime. The new regime, headed by the Shah, was so aligned with the United States that a deal was stuck granting the Persian nation a huge nuclear energy program, as well as large quantities of plutonium and enriched uranium — two pathways to a nuclear bomb.

The Israeli-Iranian alliance was a part of the Shah’s pro-Western orientation. “The Shah looked at Israel as a way to establish friendly relations with the U.S.,” says the Rand Corp.’s Dalia Dassa Kaye, co-author of a recent monograph on Iranian-Israeli relations. Israel saw Iran as a way to escape its regional isolation. “They were bound by common enemies: the Soviet Union, and Arab nationalism, especially Iraq,” says Kaye.

The alliance, though never formalized or publicized because of Israel’s unpopularity in the region, consisted of deep intelligence and arms cooperation, as well as oil sharing. In the late 1950s, Israel, Iran and Turkey formed a trilateral intelligence alliance and performed counterterrorism intelligence operations. In the early 1960s, they teamed up to support Iraqi Kurds fighting the central regime. According to Kaye’s research, “Tehran and Tel Aviv developed a close military and intelligence relationship that would continue to expand until the Islamic revolution.”

The extent of this alliance should not be exaggerated. The Shah kept Iran's relationship with Israel secretive for fear of rousing his own anti-Israeli population as well as those of Iran’s neighbors. Instead, “the alliance was based on the perception of common threats,” says Trita Parsi, author of a prizewinning book on relations between Israel, Iran and the United States. But the threats emanating from the Soviet Union, Iran and the Arab bloc were perceived as so serious that they outlasted the Shah’s overthrow in 1979.

The Islamist government that took power in Iran in 1979 was deeply hostile to all things Western, Zionism not least among them. And yet, the requirements of Iranian national interest trumped ideology to force the Islamic government to cooperate with the hated Jewish state on a number of issues. Once the U.S.-supported Iraqi government invaded Iran, the Persian state turned to Israel for much-needed arms. Phantom fighter planes and weapons for the Iranian army were sent by Israel. One estimate puts Israel’s arms sales to Iran at $500 million annually.

In the mid-1980s Israel was the conduit between Iran and the Reagan administration during the illicit Iran-Contra affair in which the Reagan administration sold weapons to the Iranians and used the proceeds to fund the anti-communist insurgency in Nicaragua. Even as it was relying more on Israel for arms in its war, the Iranian regime increased its poisonous rhetoric attacking the Jewish state, just as the Shah had done. According to the Iranian-born Parsi, such rhetoric was meant to maintain credibility in the wider Muslim world, but wasn’t matched by action. “Israel is Iran’s best friend and we do not intend to change our position,” Israeli Prime Minister Yitzhak Rabin said in 1987.

Two events caused the gradual splitting between the erstwhile allies. First, the Soviet Union collapsed in 1991, removing the greatest threat outside of the region to both nations’ security. Second, the weakening of Iraq during the Persian Gulf War diluted its menace. Simply put, Iran and Israel needed each other less, as both were more secure in the post-Cold War world. As Parsi wrote in "The Treacherous Alliance: The Secret Dealings of Israel, Iran and the United States," "the common threats that for decades had prompted the two states to cooperate and find common geo-strategic interests — in spite of Iran’s transformation into an Islamist anti-Zionist state — would no longer exist.”

The Israelis, who had long ignored Iranian rhetoric, decided it needed to be taken seriously, especially in light of the Islamic state’s support for Hamas and Hezbollah. Iran worried about Israel’s growing power and wanted to assert power in the region. “Iran once had a more pragmatic leadership and policies,” says Kaye. The marginalization of the reformers that were popular in the 1990s meant that the extremist factions in the leadership became dominant. America’s invasion of Saddam Hussein's Iraq in 2003 removed that country’s threat to Israel, leaving it with Iran as the most menacing nation in the region.

Now, Iran and Israel seem headed for war. One of those countries, or possibly the United States, will take an action that its opponent sees as requiring a military response. Assassinations of scientists and diplomats are bad enough, but a full-scale war could be the greatest disaster of the young 21stcentury, a battle between well-armed bitter enemies who once found it possible to coexist.