In a soon-to-be published memoir the fallen war reporter told the story of rebuilding his grandmother's house. 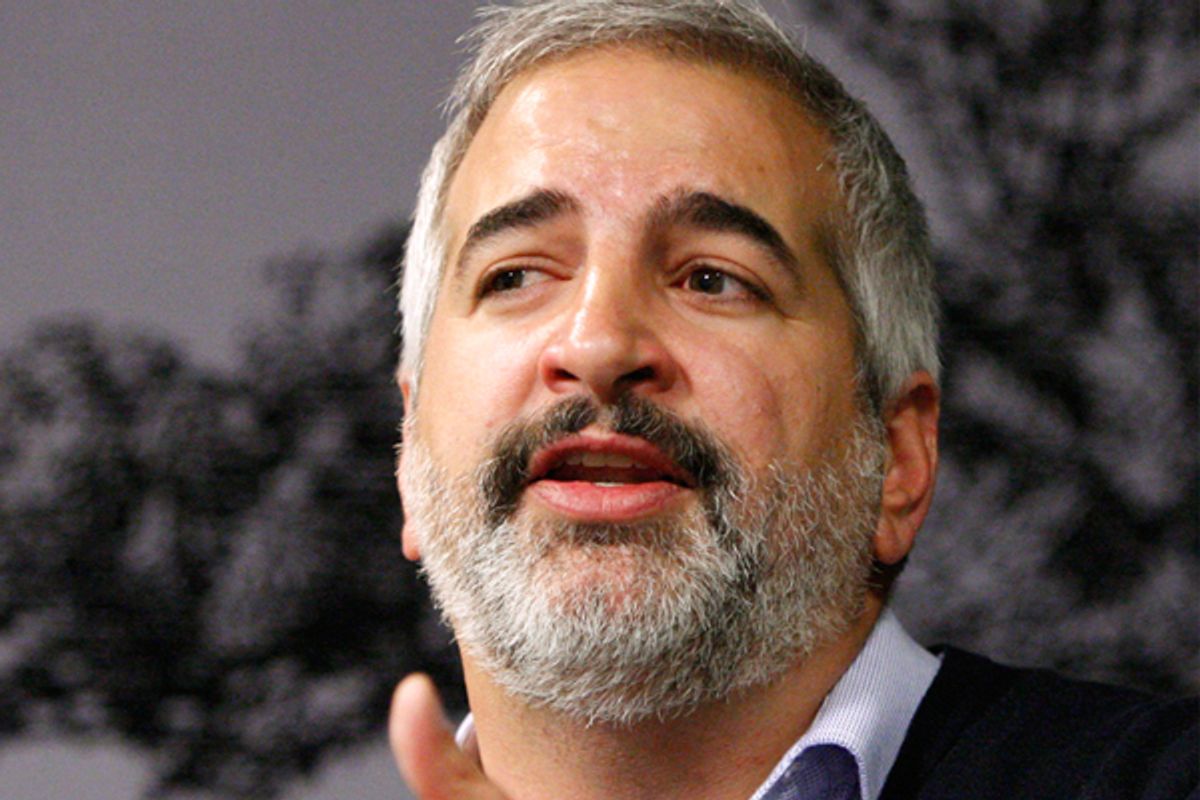 Anthony's Shadid's now unbearably poignant book, "House of Stone," opens with a scene of carnage that will be familiar to anyone who read his coverage of the wars of  the Middle East. As a reporter for the Washington Post in the summer of 2006, he arrived in the devastated Lebanese town of Qana to find that "Israeli bombs caught their victims in the midst of a morning's work … the dead standing, sitting looking around, the village, its voices and stories, plate and bowls, letters and words, its history, obliterated in a few extended moments" of indiscriminate violence perpetrated by America's favorite ally. As he wandered amid the devastation, he found a man mourning the death of his wife and five children. "'I wish God would have left me with just one child,' said the bereft former father."

In its sympathetic detail, rhythmic language and political realism, the passage is pure Shadid. But the book quickly pivots from war into a ruminative "memoir of home, family and a lost Middle East." From Qana, Shadid went on to visit Marjayoun, a village in southern Lebanon where his grandmother had lived as a girl before emigrating to the United States. When he saw that a half-exploded Israeli rocket had wrecked the abandoned house where she grew up, he promised to himself that he would rebuild it, to create what Arabic speakers call a bayt, not just a house, not just a home, but the enduring edifice of a family.

He needed one. Shadid's success in becoming a Pulitzer Prize-winning war correspondent for the Post and New York Times had cost him his marriage and most contact with his 6-year old daughter. He took a leave from his job and launched on the project of rebuilding the house of Isber Shadid, his great-grandfather. It was a therapeutic venture in genealogy and home improvement intended to repair himself.

"House of Stone" is the very opposite of the war stories he told so well. As Shadid hires the workers and supervises construction, he excavates the history of his family and why they left the region once known as the Levant. The result is a braided tale of becoming and going. The story alternates between tales of his slow-motion construction project, with its tragic-comic cast of male artisans and suppliers, and finely etched flashbacks of the Shadid clan making its way in America in the 1920s, with the focus on his grandmother Raeefa who went on to become the wealthy matriarch of a family of strivers in Oklahoma.

Shadid starts his project by hiring Abu Jean, a master tradesman (maalim) whose prickly pride and constant promises to get the job done "tomorrow" leave Shadid smoldering with rage. But when Shadid realizes that Abu Jean actually cares more about him than the job, he finally understands the man. "He showed up every day to make me happy," he writes in wonder. "Abu Jean cared about me."

He discovers the rewards of small town life. He savors the local expressions ("Coffee without cardamon is like a bride without her gown," a cousin tells him) and slows down to tend his small garden (hoquora). As the grounds around the house take shape, he marvels:

The olive trees were full of buds and the three pomegranates that Cecil had given me had managed to survive, sprouting a few leaves. I learned to respect the garden, where rituals and right action prevailed. Patience was requisite. There was redemption in silence. Seasons were restorative. A garden, I realized, heals.

But he admits he never quite feels at home. The people of Marjayoun take great pride in what their disapora had done, with different families accumulating fortunes in the Persian Gulf and the United States. "Yet there was a hint of resentment over their abandonment of their homes," he writes. "No one came back to Marjayoun." And still he tries. He thinks of Raeefa, crossing the ocean without her family. "Like my grandmother, I understood questions of identity, how being torn in two often leaves something less than one."

When the house is done, he goes back to reporting. He goes to Libya where he is stopped by soldiers, thrown face down in the dirt. He hears one of them say, "Shoot them." Expecting to die, he feels "emptiness, aridity, hopelessness, the antithesis of creation and imagination."

He lives and has no thought but to return to Marjayoun and his finished home. Back among the olive trees, he exults in anticipation of his daughter's imminent arrival, picturing her "suddenly grown, beside these trees and saying the words that I would one day teach her, words that would take her back to Isber's world."

That day will never come. On Feb. 16,  just a few weeks before the publication of "House of Stone," Shadid died while on assignment in Syria. This is the last testament of a superb reporter and citizen of the world who had the wisdom to find his bayt.