Erin Burnett: Worst of the worst 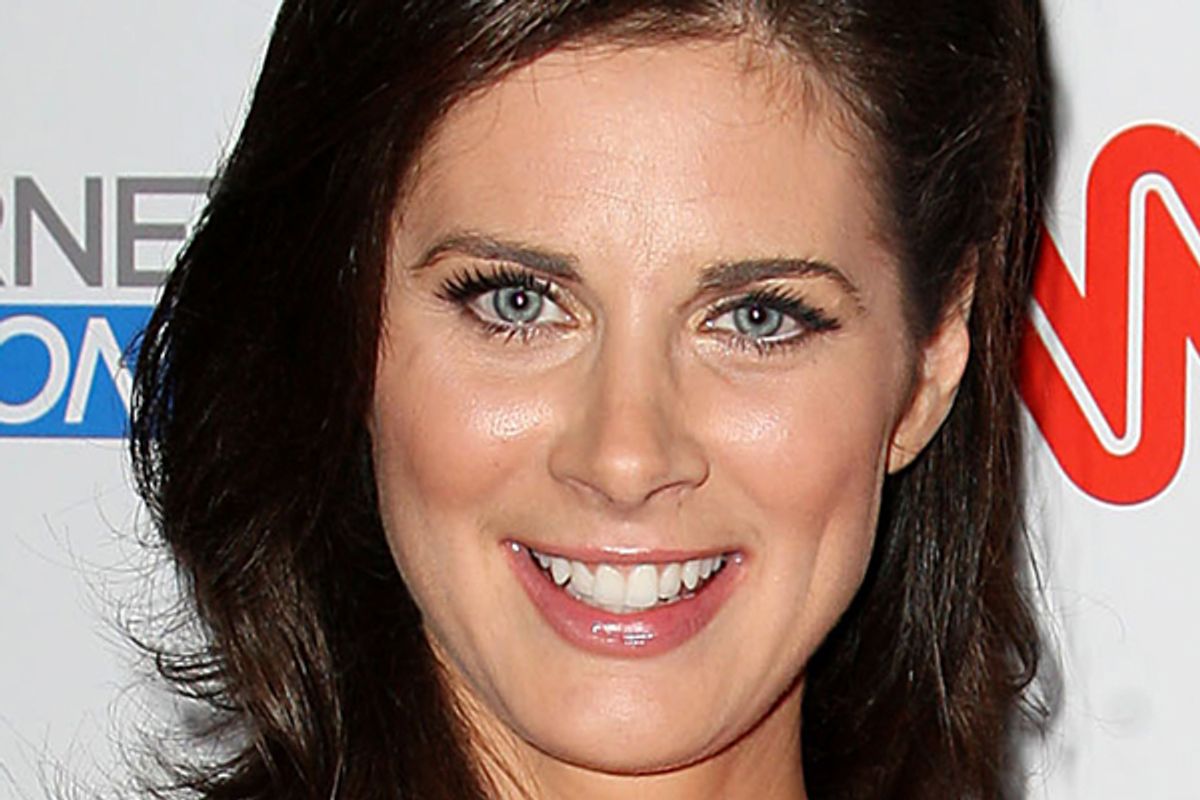 I'm finishing up a long investigative article that will be posted later this morning, but I just could not let go unnoted this commentary on The Iranian Threat by CNN's Erin Burnett ("frightening," she observed). I barely know what to say about it -- the critiques of media fear-mongering I wrote the last two days apply in spades to this -- but it really just mocks itself. It's the sort of thing you would produce if you set out to create a mean-spirited parody of mindless, war-hungry, fear-mongering media stars, but you wouldn't dare go this far because you'd want the parody to have a feel of realism to it, and this would be way too extreme to be believable. She really hauled it all out: WMDs! Terrorist sleeper cells in the U.S. controlled by Tehran! Iran's long-range nuclear missiles reaching our homeland!!!! She almost made the anti-Muslim war-mongering fanatic she brought on to interview, Rep. Peter King, appear sober and reasonable by comparison.

I'll just note that she begins her remarks by announcing that "no one buys Iran's claim that its nuclear program is for peaceful purposes," and to prove her point, she immediately introduces footage of yesterday's Congressional testimony by Director of National Intelligence James Clapper which, she said, "drove that message home." Except the clip then showed Clapper saying this: "Iran's technical advances . . . strengthen our assessment that Iran is more than capable of producing enough highly enriched uranium for a weapon if its political leaders, specifically the Supreme Leader himself, choose to do so." Is there really not a single brain in the entire CNN apparatus that stirs in the presence of a contradiction this glaring that it virtually screams its demand to be recognized? And that's to say nothing of the fact that Leon Panetta just yesterday said "the intelligence does not show that they’ve made the decision to proceed with developing a nuclear weapon," a fact that Burnett did not manage to mention, even though the same fact was also expressed last month by Israeli officials ("The Israeli view is that while Iran continues to improve its nuclear capabilities, it has not yet decided whether to translate these capabilities into a nuclear weapon").

But truly: that huge lapse at the start was the peak of journalistic quality for Burnett's commentary. It all went straight downhill from there, to depths so lowly you have to witness it to appreciate. When you behold things like this, the mystery isn't that such a huge portion of the American population ultimately embraced the falsehoods that led to the attack on Iraq -- or ended up believing lies like this -- it's that so many managed to resist them:

UPDATE II [Sat.]: After numerous people vocied their criticisms to Burnett on Twitter, I had a brief exchange with her yesterday, which The Huffington Post wrote about here. And Rolling Stone's Matt Taibbi weighs on all of these issues here.