Designing from behind the Iron Curtain 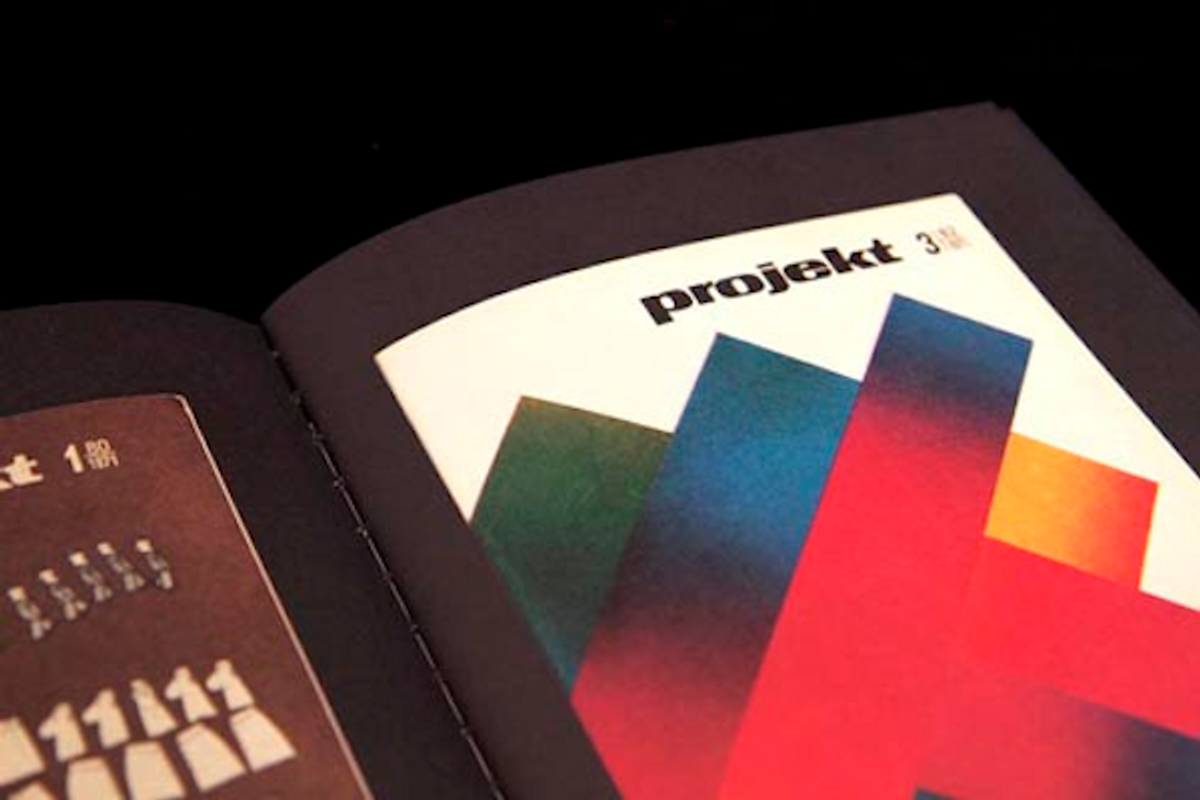 In the '60s, two foreign design magazines were passed around America as though they were underground or samizdat publications. One was Graphis from Switzerland, the other was Projekt from Poland. Let's focus on the latter. It was a revelation to learn about the artistic intelligence of the Polish poster artists, illustrators and designers. They led the way in surrealistic imagination. A new book, "Projekt: The Polish Journal of Visual Art and Design" (Unit 05) by Charlotte West and Edgar Bąk, is now available from the indie lads at www.uniteditions.com. I asked the chief lad, Adrian Shaughnessy,  to tell us about the heritage of the magazine and his interest in it.

Why a book on Projekt?
We were approached by the design writer (and Print contributor) Charlotte West who has been researching Polish graphic art for some time. In partnership with the graphic designer Edgar Bąk, she proposed a book on Projekt magazine. To my publishing partner Tony Brook and me, it seemed like a great  opportunity to publish a book on a little-known subject, and to celebrate the wonderful heritage of Polish graphic art.

Formed in 1955, Projekt was one of the few publications to showcase the art and design of not only work from behind the Iron Curtain, but also of the West. As a satellite state of the Soviet Union, Poland was subject to censorship, and Polish artists and designers were expected to adhere to the official Soviet artform of Social Realism. Charlotte West's essay describes Projekt’s tortuous history as it struggled to survive against the backdrop of official disapproval, and how it slipped under the Soviet radar to become a platform for some of the most celebrated members of the famous Polish Poster School – among them Henryk Tomaszewski, Józef Mroszczak and Jan Lenica.

Edgar Bąk also contributes a short essay describing how, as a designer growing up in Poland in the 1990s, he was surrounded by what he calls "shoddy" Polish design and "shiny" Western design. It was only when he encountered back issues of Projekt in his university library that he realized that Poland had its own magnificent graphic design heritage. He describes how this discovery grounded him in the visual and graphic traditions of his country.

How long did the magazine publish?
After the fall of communism in Poland in 1989, the magazine limped through the 1990s and 2000s. But by then it was a pale reflection of its former self. Its heyday was undoubtedly the 1960s and '70s, when designers and illustrators fought to be given the privilege of designing or illustrating the front cover. And each issue came with a poster. Danuta Wróblewska, one of Projeckt's editors, noted: "In almost every single studio in the territory of the USSR, there was a copy of Projekt lying on the table and the poster attached to it hanging on the wall." She recalls a trip to Japan where she saw Projekt posters in "three different artists' studios."

What do we learn from Projekt?
Poland has a long history of rebellion and opposition, and this contrarian spirit can be seen in the pages and covers of Projekt. We also get a glimpse into the Polish graphic design tradition which is every bit as rich as that of Switzerland and Germany, but which unlike the graphic output of those two nations, is too idiosyncratic to travel.

What did you learn?
Embarrassingly for someone who claims to be knowledgeable about graphic design, I wasn't aware of Projekt until Charlotte and Edgar showed me copies. I was always a fan of the great Polish poster artists, but Projekt introduced me to a few names that were previoulsy unknown to me. And thanks to Charlotte's essay, I learned something about Polish cultural history.