Access to contraception would reduce abortions and unintended pregnancies. Here are the simple facts 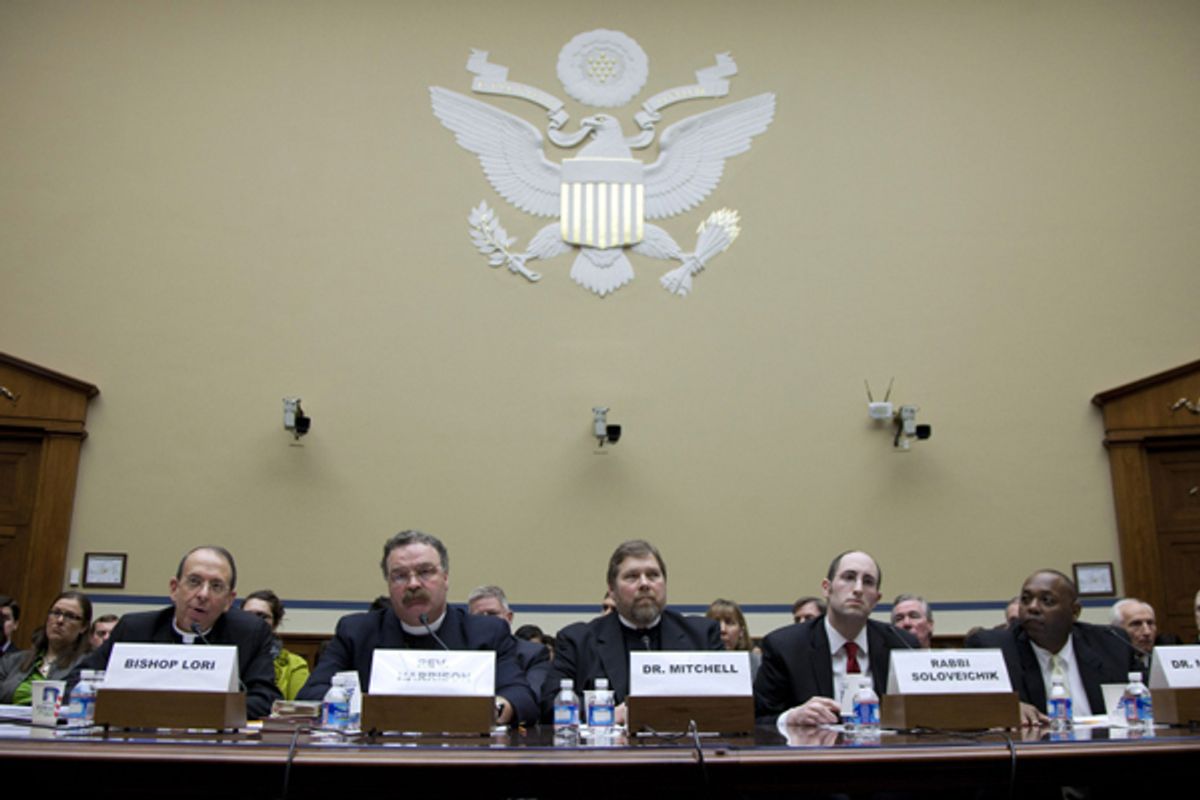 Unable, apparently, to convince the public that women having sex without "consequences" is inherently bad for society, conservatives have taken to claiming that increasing access to contraception won't actually prevent abortions. They're wrong.

In his recent column in the New York Times, Ross Douthat argues that even though conservatives have failed in selling chastity to the public (even in solidly red states), a remedy he seemingly wants to offer for married couples too, "the liberal narrative has glaring problems as well." What, exactly?

To begin with, a lack of contraceptive access simply doesn’t seem to be a significant factor in unplanned pregnancy in the United States. When the Alan Guttmacher Institute surveyed more than 10,000 women who had procured abortions in 2000 and 2001, it found that only 12 percent cited problems obtaining birth control as a reason for their pregnancies. A recent Centers for Disease Control and Prevention study of teenage mothers found similar results: Only 13 percent of the teens reported having had trouble getting contraception."

Douthat also cited high abortion rates in blue states as a sign of liberal failure, as if abortion rates wouldn't naturally be higher in places where abortion tends to be more available and less legally restricted, or as if women don't routinely travel to more accessible locations to have abortions. Meanwhile, syndicated columnist Rich Lowry cited the same CDC study and claimed that “by any reasonable standard, we are one of the most lavishly contracepted societies in the history of the planet." He added, "Of all the causes of the explosion in illegitimate births, limited access to contraception can’t be high on the list."

First, a crucial note about how we talk about limiting abortions. Perhaps it is a sign of rhetorical defeat when the strongest final flourish Douthat can come up with in a column opposing contraceptive access is that abortion "isn't a pretty sight" (very few medical procedures are) or that only 12 percent had trouble accessing contraception. As Guttmacher's senior public policy associate Adam Sonfield pointed out to me this morning, that 12 percent who had problems obtaining birth control translates into about "68,000 abortions, or about a 5 percent reduction in the total number of abortions in the country. That’s not small change."

But it's also worth reiterating, as Adele Stan did this weekend and reproductive rights activists have been saying for years, that if you're more than nominally pro-choice, you cede important ground by embracing the "safe, legal and rare" formulation that Douthat cited as a consensus. As the National Network of Abortion Funds tweeted,  "Let's reject 'rare.' If abortions are legal & accessible, number of abortions performed should = exactly the number of abortions necessary." Contrast the following data points -- the 87 percent of U.S. counties that lack an abortion provider, the financial barriers that right-wingers would like to increase with insurance bans, and the significant stigma around abortion --- with the fact that almost half of all pregnancies are unintended. Suddenly, "rare" becomes more about a lack of real choice rather than choosing from an abundance of options. If, as a matter of public health policy, we are doing a terrible job of preventing unintended pregnancies, and some women want abortions and can't have them, then the current rate is too low.

But even if you believe women have no right to terminate pregnancies in any circumstance, it requires serious, willful ignorance to argue that contraceptive access has nothing to with lowering the U.S.' unusually high number of unwanted pregnancies, which is what we should really be talking about here. Douthat claims that "if social conservatives haven’t figured out how to make all good things go together in post-sexual-revolution America, neither have social liberals."

But, in fact, even "blue states" and "social liberals" have so far been unable to fully put into practice policies that might help make "all good things go together," partly because of barriers put into place by Douthat and Lowry's compatriots. That's exactly what the Affordable Care Act guidelines they oppose are trying to do.

To a significant extent, contraception is already preventing unintended pregnancy, though not enough of them, for reasons I'll explain. According to Guttmacher's testimony last year in favor of the new Affordable Care Act guidelines:

But the U.S. still has the highest rate of unintended pregnancies in the developed world, and public policy has a lot to do with it, including lack of access to reliable sex education. (That same CDC study, after all, found that 31.4 percent of pregnant teens didn't use contraception because they "thought they could not get pregnant at the time.") Crucially, economic barriers to accessing healthcare can make all the difference. After all, for higher-income women, the rate of unintended pregnancy has declined since 1994 by 29 percent; unintended pregnancies among women living below the federal poverty line rose 50 percent in the same period.

This is about much more than just the average cost of birth control, although it is about that too. It's about access to reliable information about sexuality and to the most effective forms of birth control, both of which conservatives are on record opposing. About half of unintended pregnancies and abortions occur among women using contraception inconsistently or incorrectly, Sonfield pointed out, but the same Affordable Care Act guidelines include education and counseling around contraceptive use and sexuality.

Public health experts are also hoping that the new insurance mandates will help women switch to the more effective forms of birth control they have told researchers they'd be interested in, like the IUD, the implant or sterilization. These have far lower failure rates -- around 1 percent or less -- than typical use of condoms, at 17 percent, or the pill, at 9 percent. (The one method the Catholic Church approves of, officially termed "fertility-awareness-based methods" has a failure rate of 25 percent.) Such forms may be better suited to women who have more disrupted lives and schedules, and are ultimately cheaper, but they're more expensive upfront and harder to find providers for.

"It may be true that you can get a condom at a drug store," Sonfield says, "but you just can’t come in and get an IUD." In one 2004 study, a third of women said they would switch methods if they didn't have to worry about cost, and if you give women the choice of any method, Sonfield says, two-thirds of them choose a long-acting method.

As for the claim that the United States is somehow more "lavishly contracepted" than anyone else ever (including those other industrialized countries with some form of universal healthcare), it's tragically absurd. For one thing, the Title X program that some on the right, from Lowry to Foster Friess, have cited as proof that low-income women can get contraception is perennially under attack, either on political or budgetary grounds. "There’s certainly some irony there that politicians that have been foes of that program are trying to pretend that they support it as a way to attack a different policy,"  says Sonfield.

That public funding does a lot: The Department of Health and Human Services says that annually, it "prevents about 1.94 million unintended pregnancies, including almost 400,000 teen pregnancies. Preventing these pregnancies results in 860,000 fewer unintended births, 810,000 fewer abortions and 270,000 fewer miscarriages." All in all, since giving birth is expensive (not to mention that unintended pregnancies tend to be associated with greater health risks for both mother and baby) taxpayers save $4 for every $1 spent on family planning. But it's not enough; the services are only free for women who are at the poverty line, and from there it's on a sliding scale.

Spacing out and planning pregnancies (or avoiding them altogether) improves the overall health of women and babies; the federal Institute of Medicine's own research has indicated that unintended pregnancy is linked "to a wide array of health, social and economic consequences, from delayed prenatal care and poor birth outcomes to maternal depression and family violence to a failure to achieve educational and career goals." The new contraceptive coverage guidelines could be the single most significant pro-active policy tool to combat those consequences, and it already represents one of the few positive national developments in expanding reproductive rights, in a time where effective defense is considered victory.

The evidence overwhelmingly shows that contraception is good for society, even if you don't believe that women have a fundamental right to determine their own destinies. Of course, it helps to ignore the former if you don't want the latter.