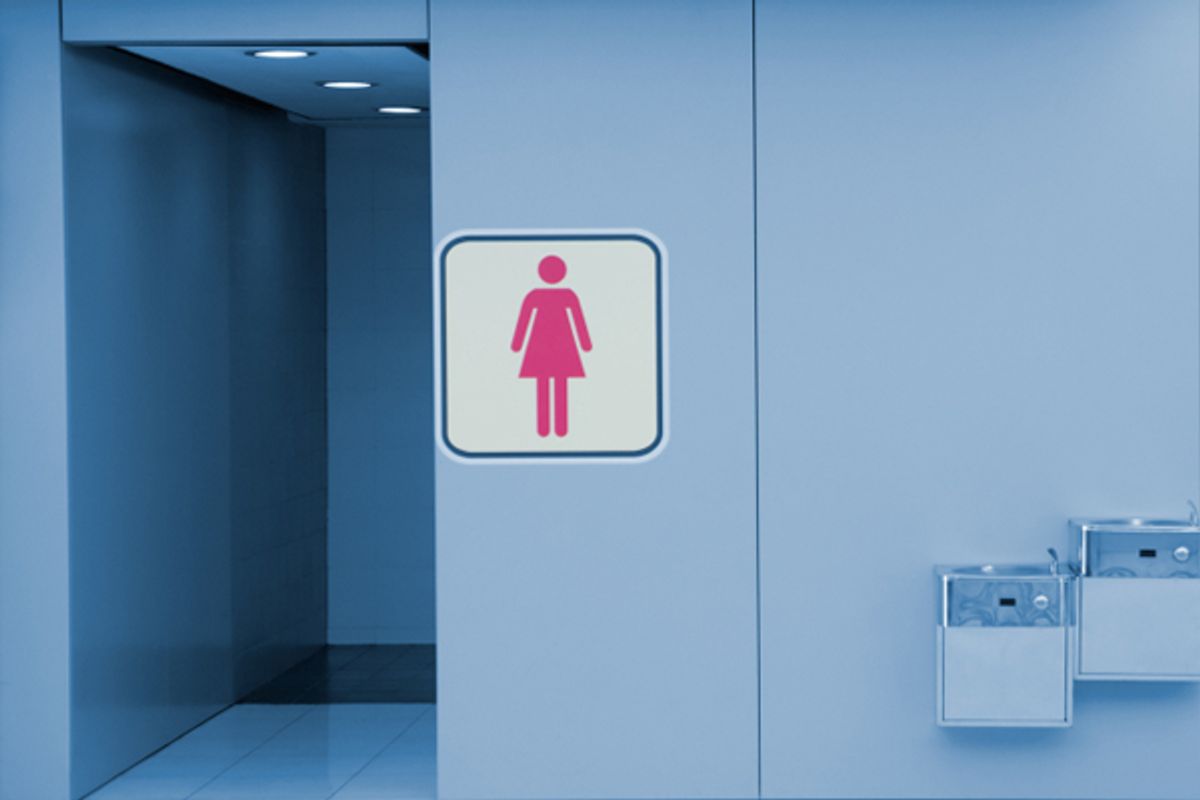 It's a quiet little provision in a meaningful victory for equal rights. On Tuesday, Baltimore County approved measures prohibiting discrimination "on the basis of gender identity and expression and sexual orientation when it comes to housing, employment, public accommodations and financing."

It's that "public accommodation" part of Bill No. 3-12 that is especially hard-won, and so deeply meaningful. It was just last April that Chrissy Lee Polis, a 22-year-old transgender Baltimore woman, was beaten, kicked, dragged and spit upon by two teenaged girls after trying to enter a McDonald's ladies room. A video shot by  McDonald's employee Vernon Hackett, who kept filming even as Polis went into a seizure, swiftly went viral. In it, several red-shirted McDonald's workers can be seen plainly standing around and doing nothing to intervene.

What unfolded next turned the bathroom into a battleground, or at least, as the Montreal Gazette called it, a "washroom debate." At issue – the rights of transgender individuals to use the restrooms appropriate to their gender identities versus a whipped up concern over protecting females. Because as the bill moved forward, an amendment was added – and hotly debated – that would have specifically excluded "bathrooms, locker rooms and dressing rooms" from protection. Supporters of the amendment argued that unchanged, the bill would lead to men wandering into ladies' rooms to assault with impunity, even though, as the Baltimore Sun pointed out, "critics could not point to any specific incidents in places that have transgender anti-discrimination laws."

In fact, in the Baltimore Sun earlier this week, transgender writer Whitney Conneally called the argument:

... A wholly imagined threat to women from male voyeurs gaining access to female restrooms by impersonating the opposite sex — a scenario so absurdly unlikely that there has been no documented case of such a crime ever being committed in Maryland…. The idea that Baltimore County would suddenly be inundated with cross-dressing peeping Toms intent on insinuating themselves into women's bathrooms to commit crimes would be almost comical if the stakes for sexual and gender equality weren't so high.

That's why it's heartening that the bill passed without the amendment, making only vague provisions for "distinctly private or personal" facilities.

Gender is not always as clear-cut as an outline on a restroom door wearing a dress or pants. For people who are still transitioning, it can be tricky knowing when to make the move from one facility to the other. But sometime or another, everybody's got to go. And as Jillian Page pondered Wednesday in the Montréal Gazette, "I'm just not sure what the women who are opposed really expect trans people to do when they need to use the washroom." It should be obvious that the way a person lives his or her life everywhere else doesn't abruptly change when it's time to wash hands. We all deserve respect and protection, whether it's at work or home or the ladies' room of a McDonald's. And sometimes, the biggest of victories for equality are won in the smallest of rooms.