The mainstream myth about eating disorders

A new awareness campaign once again ties eating disorders directly to body image. The reality is much more complex 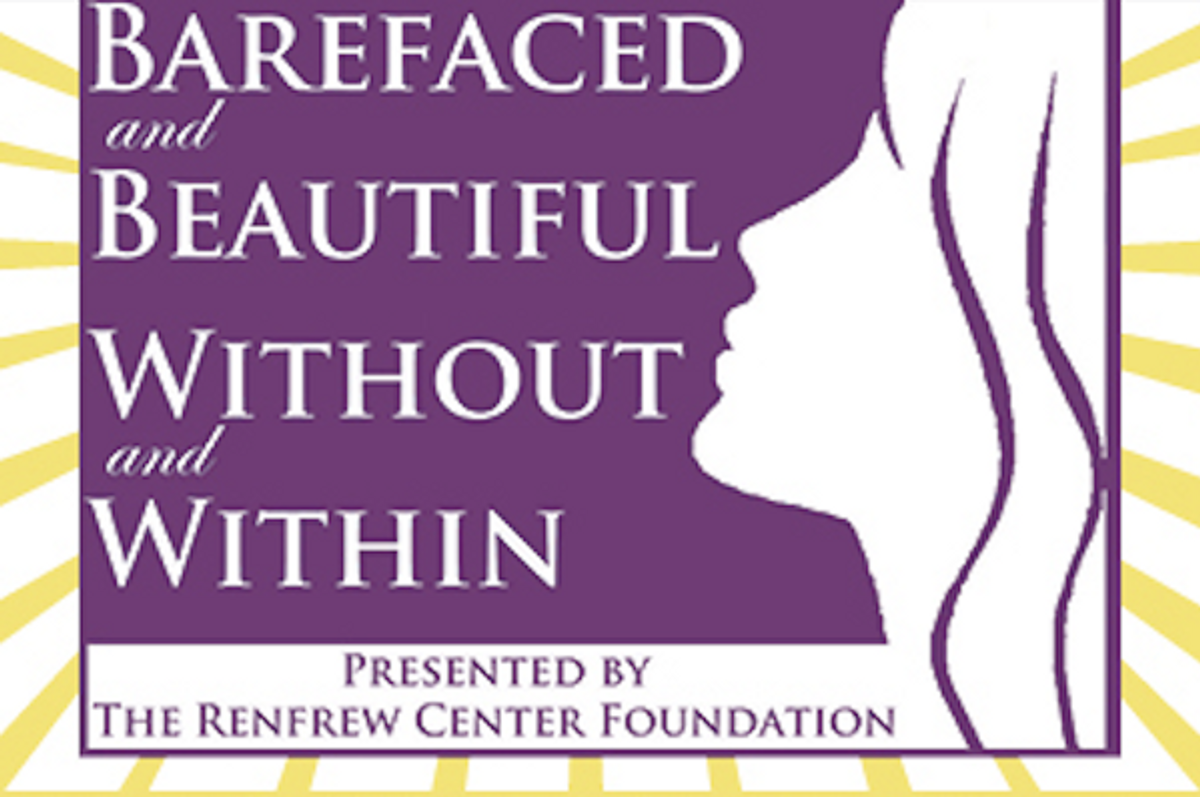 For National Eating Disorders Awareness Week—which starts today—the Renfrew Center, one of the best-known eating disorder treatment facilities in the United States,is sponsoring a new campaign. Called “Barefaced and Beautiful,” it's encouraging women to post photos of themselves on various social media without any makeup. The point is to ... well, they sort of lost me on that. I think the idea is to display pride in one’s natural, unadorned self, the idea being that ... you don't need to ... adorn yourself ... with an eating disorder?

I’m being intentionally dense here. Obviously the idea was to touch on the role of appearance dissatisfaction in eating disorders, using something plenty of people wear — makeup — as an entry point for talking about the larger issue. (Certainly it’s more on target than cryptically posting the color of your bra on Facebook for breast cancer awareness.) And for something like a week designed to raise awareness about eating disorders, you need a campaign that's simple, accessible and attention-grabbing. But not only does the no-makeup rally willfully ignore the myriad reasons women wear makeup in favor of a one-dimensional shame-based explanation, it treats bodily dissatisfaction as the cause, not a symptom, of eating disorders. And if we keep the focus of eating disorder conversations on women’s bodies, we’re doing exactly what women with eating disorders do to themselves.

We should be wary of conflating body image and eating disorders, because they’re not nearly as connected as they’re made out to be. It’s not like she who has the worst body image develops the worst eating disorder, or that people whose body image is average are immune from eating disorders. (I have yet to meet a woman with an active eating disorder who has a good body image, but then again, I don’t know tons of women with a good body image to begin with.) I’m baffled that Renfrew chose the makeup hook for its NEDA campaign, unless the idea really was just to raise awareness of the existence of eating disorders. (“Anorexic” has been a coverline of enough celebrity magazines that I don’t think we need any more awareness of that elementary sort.) Yes, makeup is deeply tied to our ideas of self-presentation. It’s also a method of controlling the way you’re seen, and eating disorders are rooted in control. But none of that shows up in the Renfrew campaign; instead, it’s all about appearance dissatisfaction, as though that alone can set off a disease that ravages one’s life.

Eating disorders are complex beasts, with not-great recovery prospects and the highest mortality rate of any mental illness. We don’t entirely know what causes eating disorders, but last year when I interviewed Sunny Sea Gold, author of "Food, the Good Girl’s Drug" and a recovered binge eater herself, she broke it down nicely:

Therapists pretty much agree that there are three main causes of eating disorders, and most of us who get them have a combination of the three. One is your genetics. Second is your physiology, like the biology of your actual brain — your personality.... The third thing is environment. Environment is broken into two parts: the environment of your home, what your mom and dad said to you, the behaviors they modeled. The other part of environment is culture. So about one-sixth of eating disorders can be blamed on cultural environment, like the pictures we’re shown... If we magically were able to suddenly change the images we see in order to be diverse in all ways, gradually that part of the pressure would relieve itself. But it wouldn’t relieve that need of a girl to control her food intake because she can’t control her life.

It’s that last part that continues to get short shrift in the popular media. I get why the press might latch onto the thin imperative as the root cause of eating disorders: Media outlets love nothing more than to generically critique themselves (what women’s magazine hasn’t covered the problem of unrealistic body ideals formed by... the media?). Less cynically, poor body image is something most of us have experienced at some point; using this as a hook for readers to empathize with eating disorder patients works beautifully. Plenty of people have dieted to lose weight for aesthetic reasons, and the disordered thought loop that makes a satisfying eating disorder story — I was obsessed with food! — is mimicked in the dieting mind-set. So the average reader may think she’s identifying with the subject, not realizing that what she’s identifying with are the symptoms of an eating disorder: the restriction of food, or the overconsumption of it, the vigilant attention paid. But the eating disorder doesn’t lie within its symptoms. It lies within its causes.

Listen, I’m not saying that there’s no connection between appearance and eating disorders. Of course there is. And body image is an essential topic to so many women’s lives — including women who have never exhibited a single eating disorder symptom in their life. Do I even need to point out the ways in which having poor body image is a drain of our reserves? Of enormous intellectual and psychic energy? Of time, of money, of already precious resources? Of emotion? Do I need to ask how many times women have asked “Do I look fat in this?” because we lack the words to ask for support and tenderness? As long as we have poor body image, we walk through this world ashamed. So, yes, we need body image work, and we’ve needed it for a long time. And a week devoted to eating disorder education is a good time to reinvigorate that conversation.

It’s one thing for the media to treat body image with greater weight than, say, family dynamics in eating disorders. It’s quite another for a treatment clinic to do the same. The Renfrew Center certainly doesn’t take this approach in treating its patients. When I was treated at Renfrew for my own eating disorder a few years ago, I was repeatedly struck by how little body image came up as a topic, both from the counselors and my fellow patients. That’s not to say it wasn’t important; it was more that we’d all thought about our bodies so much by the time we landed in treatment that we were chomping at the bit to give voice to the things that we truly needed to be able to talk about. I could deconstruct body standards before treatment as fluently as I can now. But before entering Renfrew I had no words to tell you about the factors that took me 25 years deep into an eating disorder before I committed to getting help.

The link between appearance and eating disorders isn’t that one causes the other; it’s that they’re both partly rooted in expectations of properly gendered behavior. (It’s worth noting here that while plenty of straight men develop eating disorders, gay men are at higher risk.) To untangle the social angle of eating disorders, we need to look beyond the mere existence of the thin imperative and look at what it says about the role of women: that we are to be perfect, controlled, managed and compliant — themes that come up repeatedly with eating disorder patients, themes that get to the crux of the matter more directly, without taking the meandering detour through our bodies.

Makeup, too, can say a lot about those issues. It’s not the worst motif Renfrew could have chosen for its campaign. Nor is it the best. I’m no P.R. expert; I have no idea how the clinic could have better channeled its extraordinary work into a simple campaign for the public to engage with. I just know that by the time I was discharged from Renfrew, I’d finally begun to learn that my dissatisfaction with my body wasn’t causing my eating disorder; it was merely a symptom of my disease, like restricting my food intake or binge eating. I’d begun to take the focus off my body and put it into understanding the roots of my perfectionism, my people-pleasing, my family history, my silent shrieks of rebellion.