A revised definition turns a blind eye to same-sex violence 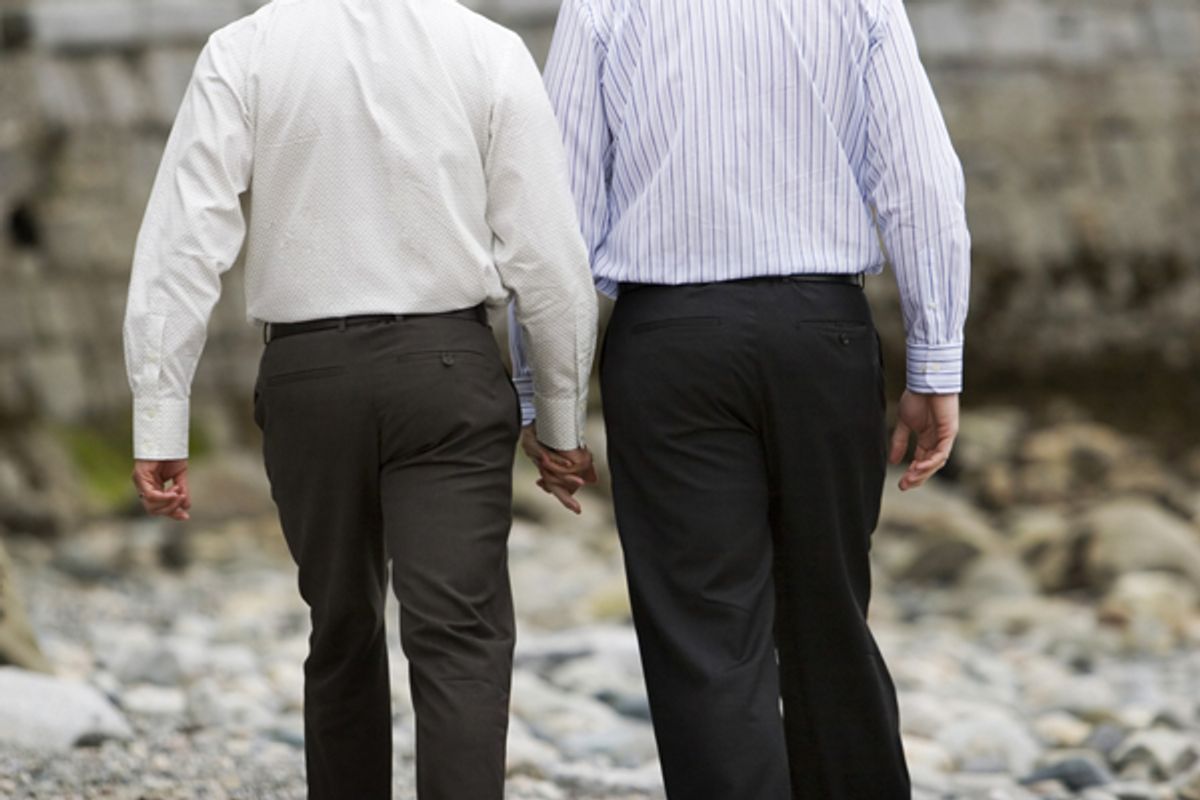 We all know that homosexuals are big on indoctrinating our children and pushing their agenda. But in their favor, did you also know they're incapable of committing domestic violence? It's true! Just ask South Dakota.

In a political statement that basically says, "La la la, I can't hear you so you don't exist," the state's House on Tuesday approved a bill to revise the South Dakota's definition of domestic abuse -- and to conspicuously exclude the same-sex variety. Of course, it's not just the Gays who are today magically rendered incapable of domestic abuse. Siblings, roommates – you're all in the clear now.

You can thank Republican Rep. Mark Venner for clarification. He's the guy who voted in favor of Bible study in the public schools last month. And it passed. He has also supported drug testing for welfare recipients, the regulation of registered midwives and – wait for it -- rules requiring pre-abortion counseling and a waiting period. Little wonder he's the one who moved to revise the "legal definition of the term, domestic abuse" so that on the bill, the words "relationship," "partners" or "intimate relationship" would be followed with "with a person of the opposite sex." A majority of his peers agreed.

Forget that the American Bar Association says that same-sex cohabitants report more domestic abuse than their straight counterparts. Or that the Gay Men's Domestic Violence Project says that one in four gay men will experience abuse. And thanks, Venner, for understanding that just like marriage itself, domestic violence is something that God intended to occur between strictly a man and a woman.