Why women's rights are under siege

By pandering to the religious, Democrats and women's groups have lost ground to the theocrats 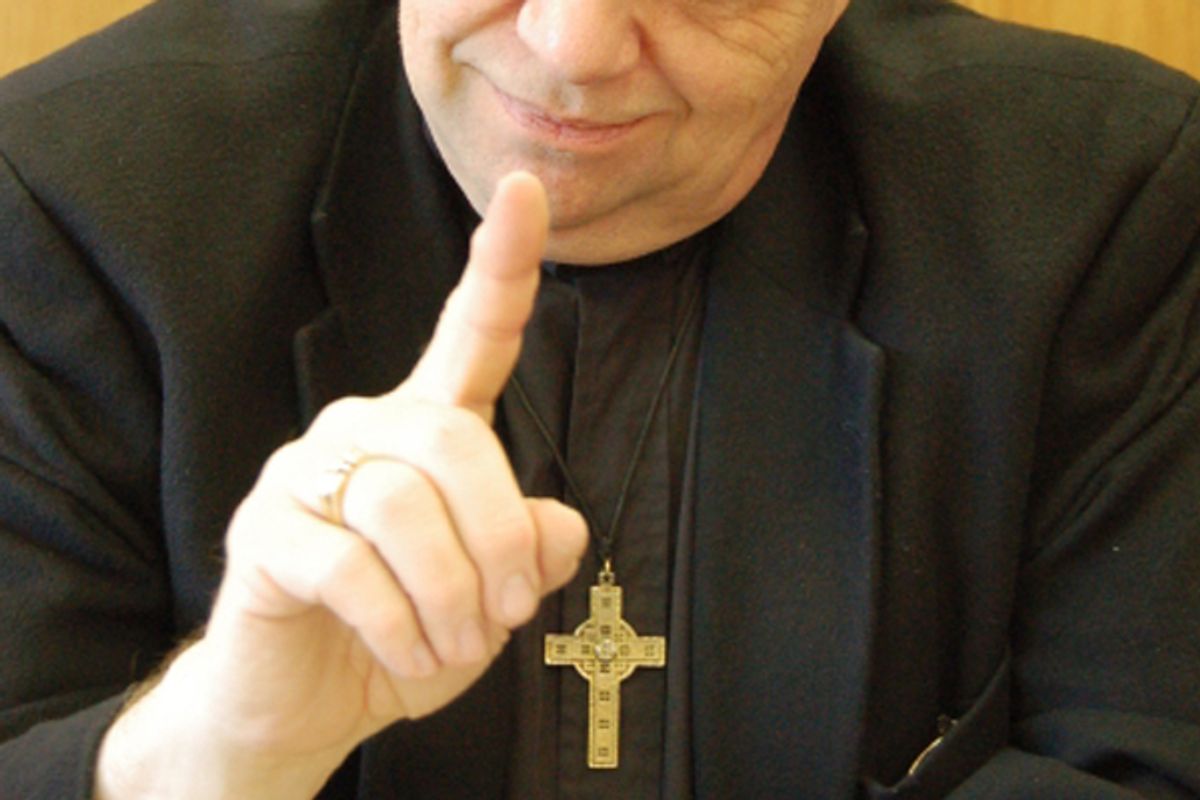 Twenty years ago, I spent part of election night in 1992 at the Washington headquarters of the National Organization for Women. The mood was ecstatic, ebullient and — dare I say it? — full of hope. The election of Bill Clinton was a victory for women, a new chapter after four years of George H.W. Bush, the Anita Hill hearings and the retrograde agenda of the Moral Majority.

Twenty years later, it’s hard for me to look back on that night as auguring a new era of women’s influence in American politics. On women’s sexual autonomy, we’re going backward, and until Democrats, their strategists and major women’s groups get a grip on how to respond to the demands of religion in our politics, I fear that backward trend will continue.

The Republicans of late have been trying to dial us back to the dark ages in new and astonishing ways. In 2012, a major presidential candidate and members of Congress question the wisdom of the 1965 Supreme Court case that invalidated criminal bans on the sale of birth control. Congressional Republicans are holding hearings on whether public health initiatives designed to make lifesaving, life-enhancing, long-accepted contraceptives widely available to women offend the sensibilities of the Catholic bishops. The papal encyclical Humanae Vitae has been entered into the Congressional Record in an attempt to prove that health policy must yield to official Catholic teaching on birth control.

Nearly 40 years after Roe v. Wade, we’re seeing “right to know” laws across the nation, which require a woman seeking an abortion to hear from her doctor a litany of warnings that have been disproven by medical evidence: that abortion increases the risk of breast cancer, future infertility, depression, grief, anxiety, loss of self-esteem, suicidal thoughts, sexual dysfunction and substance abuse. It reads like a list of plagues God will rain down on a disobedient people.

And don’t forget that sonogram image. You must look at that image, whether it’s displayed via a probe in your vagina or the jelly on your belly.

You must look and be told, in effect: If you have an abortion, you are not the woman God designed you to be.

The role of religion in politics is as fraught a topic as one might imagine in a pluralistic democracy. But it doesn’t have to be this way. The Founders intended a secular government protecting the religious freedom of all, but over the past 40 years the Republican Party has evolved as the arm of a movement that insists the separation of church and state is a satanic, secularist purge of the pious. It doesn’t help when political reporters seem incapable of distinguishing Rick Santorum’s rant against church-state separation from a lament over loss of free expression.

The Republican position is now absolutist: We are a Christian nation (“Judeo-Christian,” when they’re feeling particularly magnanimous), and any challenges to that are reviled as anti-American. That’s why the Republicans who control the House Judiciary Committee see no irony in holding a hearing on the supposed threat to the Constitution from Shariah law, and later holding a hearing on how the contraception coverage requirement was a dire threat to (Christian) religious liberty.

Democrats and their allies, though, are largely stuck in a responsive muddle. In a bright spot, some of the Democrats on the House Judiciary Committee, notably New York’s Jerrold Nadler and Michigan’s John Conyers, came to this week’s hearing on “Executive Overreach: The HHS Mandate Versus Religious Liberty” armed with excellent preparation on religious exemptions, and held witnesses’ feet to the fire on constitutional questions. But the problems are deeper than the Republicans’ misrepresentation of the legal standards for religious conscience objections. The problem is that religion plays a role in health policy at all.

As Linda Hirshman and Irin Carmon have discussed in these pages, it remains to be seen whether the outrage over transvaginal probes will be enough to awaken a movement that will serve as a long-term backlash to violations of women’s reproductive autonomy, or merely a short-term effort to block the most physically intrusive of legislative initiatives.

At this moment, the mobilizing strategy of major women’s rights organizations asks their supporters to look at the contraception issue through a pinhole. NARAL Pro-Choice America, for example, offers a sample letter in opposition to the Blunt Amendment, which would permit any employer to raise any religious objection to insurance coverage, so that the CEO of a corporation would have the same religious conscience rights provided to churches themselves. Does NARAL object to this preposterously overly broad religious exemption? “Please do not vote to undermine basic health-care benefits that millions of women are counting on,” the plea reads.

The White House, for its part, still strives to satisfy the religious demands of conservatives. As false claims about Obama’s supposed “war on religion” raged, surrogates were dispatched to vouch for his Christianity. Pastor Joel Hunter, who regularly prays with the president, reassured readers of the Hill (i.e., political insiders) that Obama is indeed devout, and indeed committed to having religion play what Hunter portrayed as a positive role in policy, through the Office of Faith-Based and Neighborhood Partnerships.

It feels like this: Obama stands firm on a policy relating to uteruses, and that must then be counteracted with testimonials about how religious he is. Just in case letting all those uteruses run free means he’s anti-religion.

Ten days after Obama was elected president, Washington Post columnist E.J. Dionne -- one of the first pundits to jump on Obama for refusing to yield to Catholic opposition to the contraception coverage requirement -- called on the president-elect to live up to his promise “to end the cultural and religious wars that have disfigured American politics for four decades.” The idea that Obama could wave away those cultural and religious wars seems, now even more than it did three and a half years ago, tragicomically naive. Especially because Dionne warned Obama not to allow “advocates of abortion rights to get in the way of his trying to build a new consensus.” Because, of course, they are the ones standing in the way of a harmonious union.

With hindsight, of course, Clinton’s “safe, legal and rare” formulation of 20 years ago has helped lead us down the path of taking into account religious objections to a legal medical procedure when deciding whether the state should interfere with a woman’s constitutional right to obtain such a procedure. Since that time, and especially since John Kerry’s defeat in 2004, calls for Democrats to accommodate religion have only become more pitched.

The current Republican excesses offer a golden opportunity for Democrats to expose them as not just opposed to women’s health, but to illustrate precisely why religion and policymaking are a toxic mix. It’s an opportunity that will be squandered with mere appeals for replacing the Republican brand of theo-politics with a supposedly kinder, gentler one.