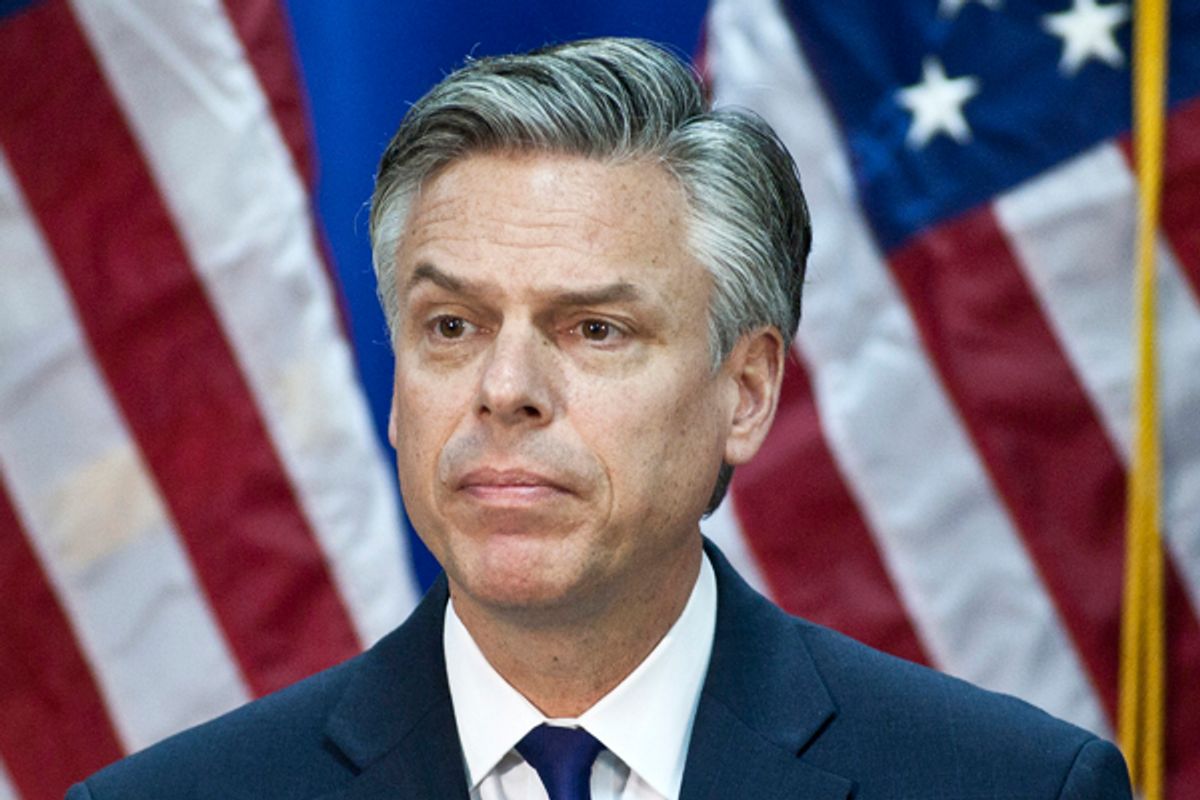 Jon Huntsman may have endorsed Mitt Romney for president, but the former Utah governor doesn't actually like Mitt Romney, or even particularly want him to be president that much. That's why Huntsman went on "Morning Joe" last month and repudiated the entire Republican Party and all of its current presidential candidates. Then he offered support for a third party.

So ... this didn't go over well with the Republican Party, the one that Huntsman is a member of. Buzzfeed reports that the RNC has uninvited Huntsman from its "lavish donor gathering in Palm Beach this weekend," where Huntsman was originally intended to be a speaker.

The party was for RNC "Regents," people who donate or bundle $60,000 to the committee, and as the top tier of donors they are the RNC's No. 1 top priority. I guess speaking to these rich people is some sort of fancy honor, and not having to address them is a cruel punishment for not being a very good Republican. But Jon Huntsman's already incredibly wealthy and not running for anything anymore, so it's not like he needs to party with big donors.

If he really does want to hang out with awful wealthy people this weekend, he could go find the Americans Elect people. Americans Elect is a weird finance industry-funded attempt to buy ballot access in all 50 states and then nominate the winner of an Internet poll for president. The winner of the Internet poll will obviously also have to meet the approval of the "Board of Directors," because otherwise it would be Ron Paul, the winner of all Internet polls, and these guys are not really in favor of the rEVOLution.) Most of their donors are secret, but they looove Jon Huntsman and he is their perfect candidate: someone with the most mainstream "centrist" ideas possible who's already been roundly rejected by actual voters.

Huntsman says he's not planning a third-party run, but he did also say "I endorse Mitt Romney" and look how seriously he meant that.