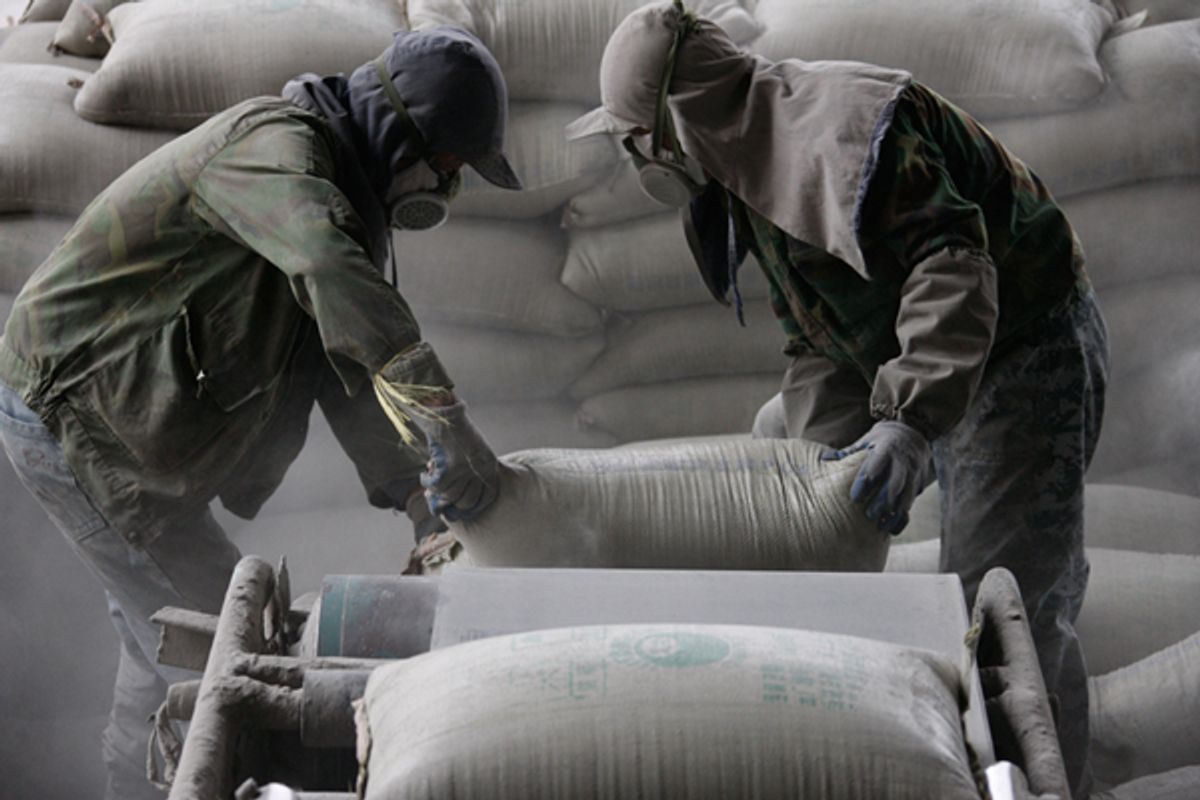 After three years of the Obama administration, the Occupational Health and Safety Administration (OSHA) finds its ability to police the business community is extremely limited, even with a Democrat in the White House and legitimate health and safety experts leading the agency.

Almost every new regulation the agency issues, no matter how minor, is rebuffed amid a firestorm of ferocious rhetoric from influential (and highly capitalized) industry lobbying groups, and their Republican allies. Other branches of the Obama administration hinder OSHA’s rule-making process, while some Democrats, including the president, express an ambivalent attitude toward regulation.

“There is no question that OSHA under Obama is a vast improvement over the previous administration,” says Tom O’Connor, executive director of the National Council for Occupational Safety and Health. “This is not reflected in new regulations, but in the approach to enforcing existing [regulations] and using the authority that they have to make the agency more of a serious deterrent to unsafe conditions."

Workplace health and safety advocates had expected more. They greeted Obama’s 2008 victory with relief. After eight years of ineffectual Republican control, the Department of Labor, and specifically the Occupational Health and Safety Administration, would be in friendly hands.

The administration staffed the agency well, nominating experts from the health and safety profession and the labor movement and shunning the industry insiders favored by George W. Bush. Obama’s choice for OSHA chief, David Michaels, had a public interest pedigree, including a 2008 expose of the questionable claims big business makes in defense of its products. While Senate Republicans stalled other Labor Department appointees, the administration’s OSHA nominees were quickly approved.

OSHA is primarily an inspection agency and it is in this capacity that Michaels and his staff are given the greatest latitude, although even here they operate within clearly delineated limits. For example, although Michaels hired 130 new OSHA inspectors, there are still only 2,200 inspectors (including state OSH officers) for 8 million work sites. The penalty amounts the agency can issue, which are set by Congress, have not been updated since 1990, with both serious and repeat violations set at a paltry $7,000 and a $70,000 maximum for willful violations.

Michaels’ OSHA maximizes its capabilities by playing with the percentages: increasing minimum penalties and reducing the size of the violation abatements OSHA offers for factors that include establishment size, employer good faith and past history. But as Michaels testified before Congress: “Any administrative changes we are able to make would still be inadequate to compel many employers to abate serious hazards. These steps are an effort to do the best with the outdated, antiquated tools we have.”

Even so, employers have taken notice. One business consultant’s new ad reads: "OSHA's back in the enforcement business and issuing inspections and citations at a record pace. They've hired more inspectors, are pushing for higher penalties and even looking to put safety pros in jail." Such scare tactics are clearly self-serving in this instance, but OSHA’s recalibration of its penalty system got serious coverage in trade journals and among industry associations. These actions could compel employers to think twice before taking chances with workers' lives, even if the average OSHA penalty is still around $1,000.

Since Obama’s election OSHA has built stronger ties with community and workers' centers, in an attempt to make the agency accessible to vulnerable immigrant workers. OSHA’s campaign to encourage employers to provide training materials to workers in a language they understand can also be understood as an attempt to extend the agency’s protection to sectors that have long gone unpoliced.

The Michaels regime strengthened OSHA’s enforcement mechanisms, but when it comes to new regulations they are stymied at every turn. In early 2010 OSHA attempted to issue a rule to allow employers to note when a workplace injury was caused by repetitive stress. The standard would have added an extra column to the survey employers are required to fill out when a worker is hurt. The Chamber of Commerce reacted fiercely, and a year later the regulation was dead. A similar fate befell a proposed rule that would have required basic engineering controls to protect workers from excessive and eardrum-damaging noise on the job.

OSHA’s most recent regulatory dust-up is over the proposed silica standard. The proposed rule would limit worker exposure to crystalline silica, a breathable dust found in many construction, manufacturing and mining operations, which causes silicosis, an incurable disease linked to lung cancer and other deadly respiratory illnesses.  Two hundred people die of it a year. OSHA’s silica rule is believed to require the halving of the current permissible exposure limit to silica, to be achieved through better ventilation and a requirement that brick and concrete be hosed with water before cutting, thus reducing dust.

But industry fears that any rule will engender higher costs of production and, consequently, kill jobs. “It could affect 2 million jobs, and the construction industry … is not back on its feet yet ... it might cost $3 billion a year — it's a very expensive process,” said Rob Crolius, president of the Refractories Institute, a trade association whose members would be affected by the standard. Other trade groups lobbying to prevent the standard include the American Chemical Alliance, Brick Industry Association, Associated General Contractors of America, and the National Association of Home builders, among many others.

And they’ve been quite successful: The silica standard is currently stuck in the limbo of the White House Office of Information and Regulatory Affairs (a historic “graveyard of regulations”). Well over a year has passed since OSHA submitted the rule but still it languishes with OIRA, which has spent a disproportionate amount of time with business stakeholder groups behind closed doors during the interminable review process. OIRA is technically only supposed to spend four months reviewing a rule. Spokespeople refuse to comment on the extraordinary delay.

The fate of the silica standard is a neat encapsulation of OSHA’s existential crisis. Even when lead by dedicated staffers the agency remains enmeshed within a larger political system that is dominated by reflexively anti-regulatory ideologies. Even Democratic politicians find satisfaction in inveighing against bureaucracy and regulations that “have had a chilling effect on growth and jobs,” as president Obama himself has written.

The targets of their ire are rather vague. Contrary to the mythology of the campaign trail, many regulations are reasonable, serve a public purpose and are rarely as expensive as industry fears they will be. When both parties use conservative rhetoric to undermine the regulatory responsibilities of the state it is little wonder that OSHA finds itself forced to operate within such a limited field.

It could be argued that the Obama administration is delaying OSHA’s regulatory decisions because of potential political controversy, especially during a hotly contested election year. But political scientists argue that relatively obscure policy compromises have little impact upon electoral politics. Few people pay attention to such issues, and those who do already have a fixed position. Delaying real policy that affects real people, for ethereal political gain, makes little sense.

“There were efforts during the Clinton administration to get major rules out. I worked in the agencies then, and at that moment it may seem that you are really sensitive [to political controversy],” says Celeste Monforton, professorial lecturer at George Washington University School of Public Health who worked for the Department of Labor for over 10 years. “But I learned you have to take opportunities when you have them. We didn’t get a Gore administration. You have to move fast when you have the opportunity, otherwise you may not have it next year.”