What we gained through infertility

Trying to have our own baby made John and me miserable. Admitting defeat was a heartbreak -- and a revelation 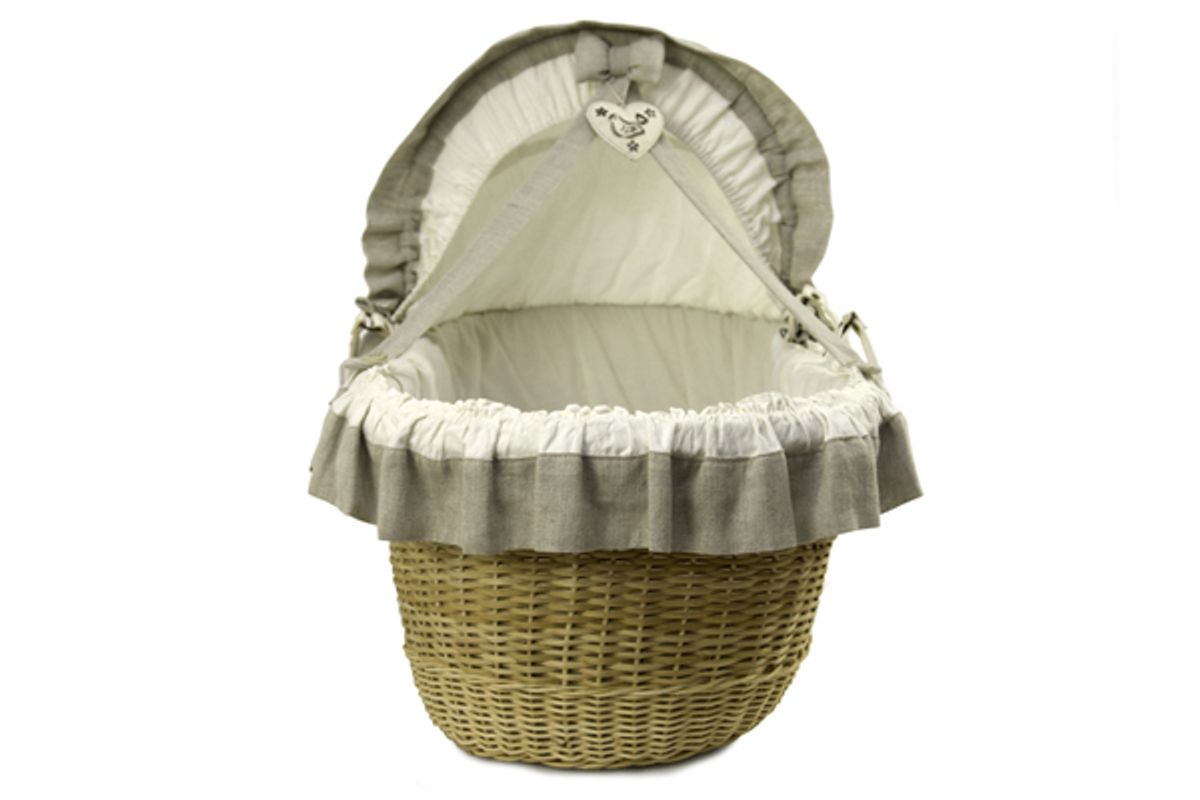 My body made it perfectly clear that I couldn’t reproduce. But instead of listening to it, I launched a war against Mother Nature. I was heeding some primordial desire that could hardly be expressed with words: the need to give birth and nurse a baby. Unfortunately, my husband wasn’t on board.

I grow fibroids -- blobs of muscle, basically -- which take up valuable space in my uterus and block my fallopian tubes. I’ve had them surgically removed twice, but they grew back. As soon as my husband, John, saw trouble brewing, he wanted to stop trying to make a baby and adopt one instead.

“I’m in my 40s,” he reminded me. “Neither of us are much of a prize, genetically.” He was right, of course -- it had been more than a decade since we met on the Salon Personals, of all places -- though I didn’t appreciate his rubbing it in.

“Besides,” he asked, “have you read the statistics on autistic kids born to older dads?”

Of course I read the statistics, but they didn’t matter. Since puberty, I’d been telling myself a wonderful story. It starts with the ecstasy of discovering that I’m pregnant, then moves on to feeling the baby kick and placing John’s hand on my belly. He feels it, too. We’re madly in love. I give birth in a hospital, aided by a midwife. No medication, no complications. I’m a champ. And the most fulfilling relationship of my life begins at that moment, when I’m handed my firstborn.

I spent years dreaming up this child (whom for simplicity’s sake I’ll refer to as a girl, though I remain very flexible on this point). She probably has dark hair, below average coordination and the ability to sing on key, like her parents. Good chance she’d grow up to be awkward and bright, curious and a bit chubby, like her parents too. But like a character on a long-running TV show, she never ages in real time. I’ve loved her for so long, she should be old enough to vote by now; yet I imagine her as a baby, between 6 months and 2 years old.

Meeting her in person became my sole obsession. All day at the office, I ignored my job and feverishly tracked my fertility, making charts on the computer. I took my temperature every morning, peed on ovulation predictors every month. John and I gave up all our bad habits, starting with cigarettes, caffeine and booze. We replaced all our plastic and coated cookware in the kitchen with nontoxic alternatives. I swallowed handfuls of vitamins and minerals and brewed kettles of foul-tasting Chinese herbs into “tea.”

But by far the most dehumanizing part was the baby-making sex, devoid of romance or eroticism. If I was ovulating, we were copulating -- no matter what. Even during a Thanksgiving weekend with family, in a thin-walled cabin in Lake Tahoe. Or in an unheated guest room, on an under-inflated air mattress. Or when we were jet-lagged, or had an infected tooth that needed a root canal, or there was a record-breaking heatwave. My heart sank every time John heaved a miserable sigh before climbing atop me. We were like animals, being bred in captivity.

Our friends and family told me to adopt a child. (Actually, they asked if I’d considered adopting a child, which is a polite way of suggesting I do it.) Of course adoption made sense, but it felt like a betrayal to this hypothetical child I’d dreamed of for so long. An alarming number of otherwise sane people predicted I’d get pregnant as soon as I applied with an adoption agency. I didn’t think it would magically change our fate and it struck me as more than a little callous, but I began to research adoption anyway. It was a way of reminding myself that we had other options. Our friends set us up on blind dates with adoptive couples who told us their baby stories. They all said that adopting was the best decision they ever made. We met their charming children. I really wanted to want this, but I didn’t. I was thinking with my ovaries and neck deep in magical thinking.

My dreams of starting a family were crumbling. And even though I had the womb full of benign tumors, I blamed most of our misery on John. We argued almost constantly -- about when to advance to each increasingly expensive medication or fertility treatment. Our marriage had become a greasy, depressing, poorly lit casino. John wanted to walk away from the Blackjack table, hire an adoption lawyer, and move forward with our lives. But I was belligerent, refusing to leave. I kept doubling down. I had to prove that all this misery wasn’t for nothing. We’ve already invested so much, I thought. Besides, I can’t give up now. That baby’s almost here.

So I threw the project into overdrive and convinced John to do three rounds of artificial insemination and two rounds of in vitro fertilization. The price for all this cutting edge technology: somewhere in the price range of a luxury convertible sedan.

Then my younger sister amazingly and generously volunteered to be our surrogate, which I thought was the sort of thing that only happens in Lifetime movies. Each month, Margot texted us when she had her LH surge indicating peak fertility, then John would pull the collection kit out of the freezer and cue up the Internet porn. My only job was to ship my husband’s sperm to my sister overnight. Once, in a rush to pack up the specimen cup into the Styrofoam shipping box in time, John spilled half of the sample on the kitchen counter and I came dangerously close to having a nervous breakdown. It didn’t work and cost another ten grand.

For over four years, our lives were on hold. Our nerves were on edge. Our bodies weren’t our own. I was more miserable than I’d ever been, and yet I wouldn’t relent. I wish I knew why it took me so long. It’s possible I was afraid of my mortality. Maybe I thought that on some level, I could stave off the inevitable if I had genetic heirs walking the planet after I’d died. But the truth was more mundane. I worried that I’d be a failure as an adoptive mother; that I wouldn’t connect with my child. That no matter how much she and I both tried, we’d always think of the other as a stranger living under the same roof.

The realization that a biological child wasn’t in the cards alighted unexpectedly on my shoulder, like a butterfly. It happened the moment my sister called to say the fifth round of artificial insemination didn’t work. The news that another fertility treatment had failed was no surprise, but I was shocked by my reaction. I was completely fine. Suddenly I had the acceptance and clarity that had eluded me for so long. With enormous relief, John and I officially decided to adopt a baby.

The unexpected bonus from all that heartache is that John and I are closer than we’ve ever been. Infertility forced us to have brutally honest conversations on a regular basis. The more we argued, the better we got at it, so we communicate much better now. That’s changed the fundamental ways we interact, and we’re having fun again. We recently moved to a little house in the suburbs, with a front yard with a porch swing and a backyard with an orange tree. We love it here. There’s a bedroom waiting for our baby, whenever he or she chooses to arrive.

I still love baby stories. I’ve started telling myself a new one, about a baby who hasn’t been born yet. A wonderful baby who was meant for us. Our baby. There are days when I feel that grim desperation at the periphery of my consciousness, flailing for attention. I worry about the difficulties ahead for our family, the frustrations and disappointments we’ll endure. But that’s parenting, I’m told. Besides, I can’t give up now. That baby’s almost here.

Joanna Lovinger is a writer living in Los Angeles