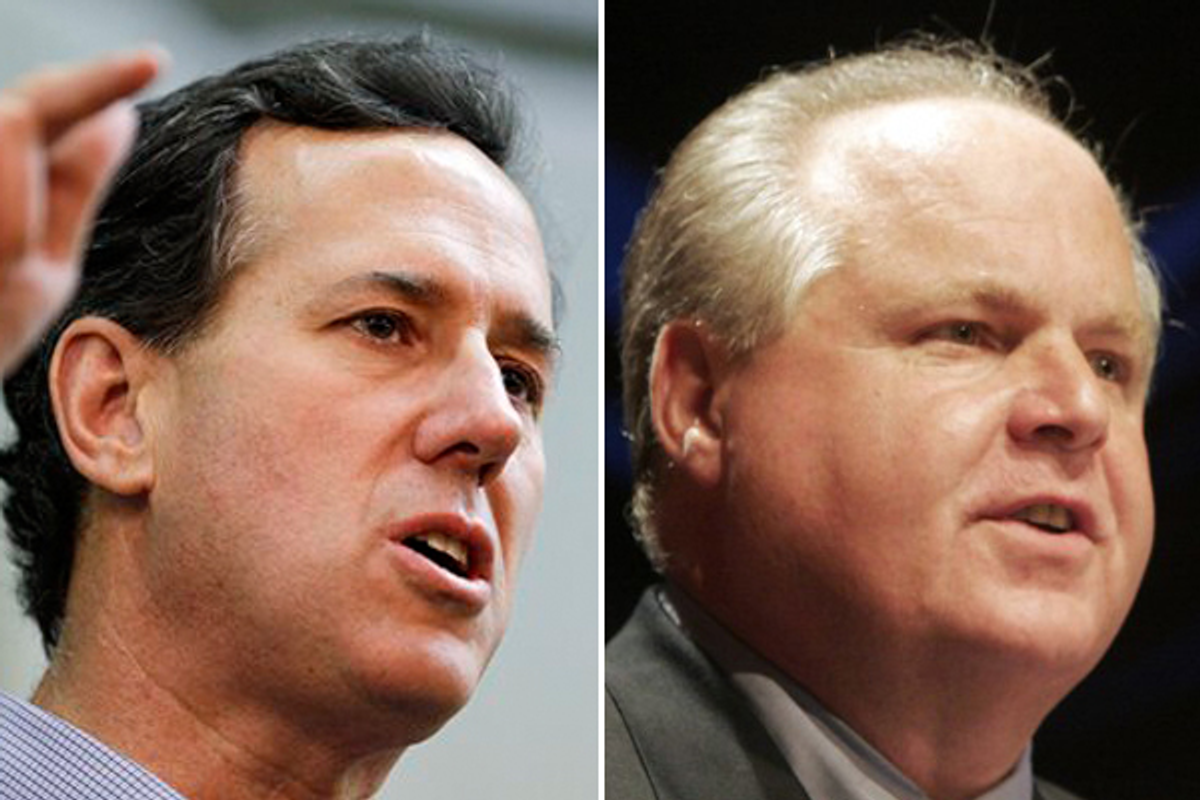 Rush Limbaugh and Rick Santorum's attacks on women's reproductive rights didn't happen in a vacuum. They're part of a larger conservative backlash against women, minorities and the poor. Chauncey DeVega explains:

Since the election of Barack Obama, the Tea Party GOP has embraced a kamikaze-like politics in which they are willing to destroy the proverbial village in order to liberate it. This appetite for destruction has reached a fever pitch during the last few weeks. Rick Santorum and the Republican Party have called for limiting women’s reproductive rights under the guise of defending “religion” from the “tyranny” of the Obama administration. A federal judge was caught forwarding an email to his friends suggesting that Barack Obama’s conception was the product of drunken sex between his mother Ann Dunham and a dog. And Rush Limbaugh launched a viciously misogynistic attack on Sandra Fluke, a private citizen, who dared to testify before Congress in defense of a woman’s right to have equal access to birth control.

On the surface, these incidents appear to be unrelated. They are simply the desperate graspings and mouth utterances of an increasingly fringe and desperate Republican Party which is determined to defeat Barack Obama by any means necessary. However, these events are all symptoms of a bigger problem. In the Age of Obama, white manhood — and a particular type of conservative white masculinity — is frightened, unsettled and terrified of its obsolescence. White (conservative) masculinity finds itself in an existential crisis.