The GOP base isn't upset by Santorum's extremism. They don't like the guy who's trying to buy the race 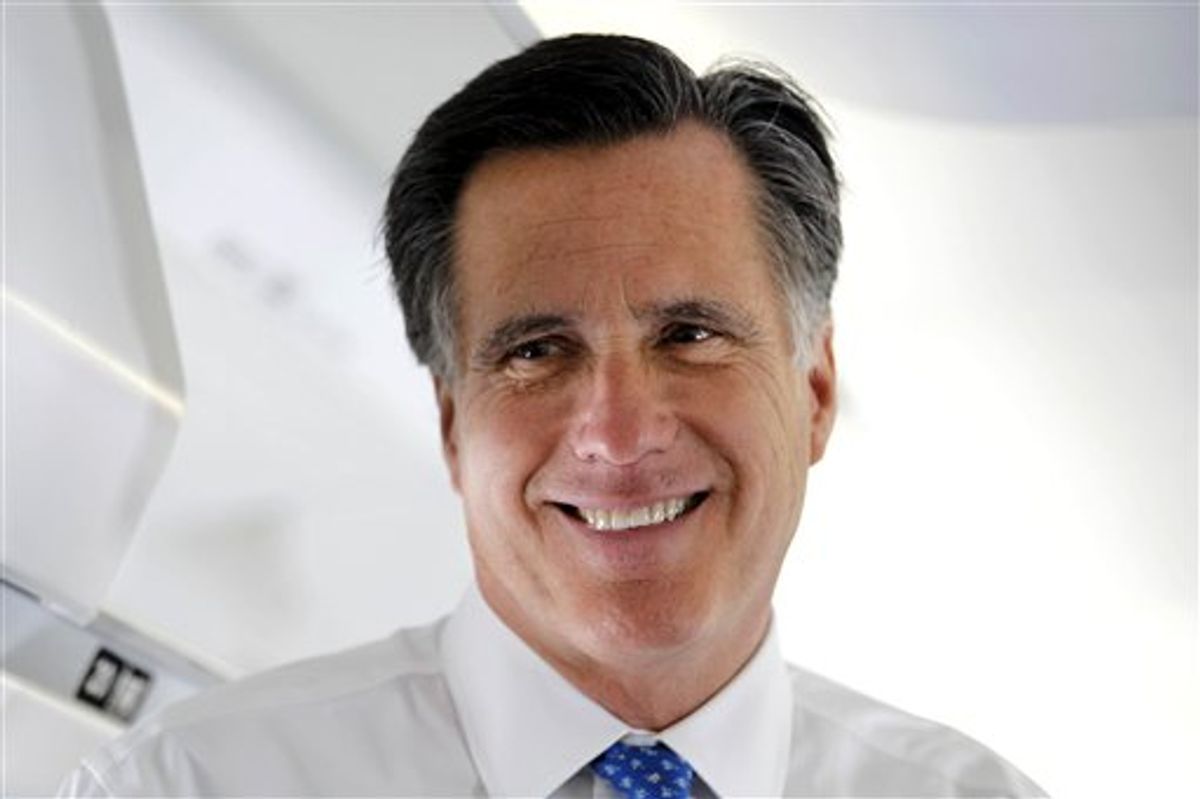 The Republican base lives in a parallel American universe where people are unfazed by Rick Santorum's remarks about JFK, college and contraception. They aren't concerned about what the GOP candidates say or don't say about Rush Limbaugh's filth. They are unimpressed by Mitt Romney's alleged electability. Admirably – and I don't admire much about today's Republican electorate – they don't like the rich guy who's trying to buy this race.

Every time the smart people try to tell us the race is about over and Romney's finally going to close the deal, he doesn't. Super Tuesday was arguably Romney's worst night yet. When the race began in January, he was given the Iowa caucus win (though it later turned out he lost to Santorum.) No one expected him to win South Carolina. The night Santorum swept Minnesota, Missouri and Colorado wasn't a good one for Romney, but Santorum ran hard in those states and he mostly didn't.

Super Tuesday represented a late chance for Romney to restore his supposed invincibility – and he failed. As I write, NBC is calling Ohio for Mitt Romney, after Santorum spent the whole night ahead. Romney lost Tennessee, Oklahoma and North Dakota to Santorum, even after his advisors were suggesting a Tennessee win was possible, and would prove their man could carry the South.

Even where he won, it wasn't pretty – Ron Paul got 41 percent of the votes in Virginia, where Newt Gingrich and Santorum weren't even on the ballot. Romney decisively carried Massachusetts – his actual home state – and Idaho, where the electorate is heavily Mormon, indicating he's able to win states with a lot of Mormons and states that he's claimed as home, and not much else.

Even before the results came in, when pundits were predicting it was going to be a good night for Romney, his staff was telling reporters that they didn't expect their man to win the 1,144 delegates he needs to clinch the nomination by the end of the primaries in June. They were preparing to make the case that he'd won the big states, like Ohio, and had the most delegates (which isn't the same as winning.) I still think the notion of a "brokered convention" is journalistic fantasy. But the Romney folks were gearing up, even on a night they expected a big Ohio victory, to tell the world they didn't expect to have enough delegates by June – and then they almost lost Ohio. They've had to endure another long primary night of hand-wringing and hair-pulling by Republicans worried about their "inevitable" nominee. They're in a world of pain.

I think it's important for journalists to admit when we're wrong. Like most political analysts I was convinced that Santorum had blown his slim chance at the nomination by stalling his own momentum with his JFK slur and dumb remarks about college. Maybe those things hurt him in Michigan last week – or maybe he was never going to overcome the fact that it was one of Romney's 174 "home states," plus Romney's money. (It's worth noting the far-right Catholic lost the Catholic vote to Romney in Michigan, and in Ohio, too.) Then he lost his commanding lead in Ohio, too, as Tuesday's showdown approached, and it was looking like he was done.

But he's not done. Romney's not done either – he's got too much money to be done – but things look grimmer for him after these 11 races. Newt Gingrich is done – but he doesn't seem to know it yet. Winning his home state of Georgia (whew!), he gave his nuttiest (and I think longest) speech yet, featuring a reference to the other candidates as "bunny rabbits" to his tortoise. He purports to be in the race to stop Mitt Romney, but if Gingrich was out, the former Massachusetts governor would be in mortal danger of losing the nomination to a right-wing former senator who lost Pennsylvania by 18 points.

Santorum's victories aside, this has been a horrible two weeks for the Republican Party. Rush Limbaugh's misogyny doesn't seem to have played any role in Tuesday's vote – but it will in November. As we watched election results, we learned that J.C. Penney had dropped Limbaugh. This afternoon, he expanded his attack on Sandra Fluke to go after "young, single, white women" who are "over-educated."

Most GOP primary voters Tuesday were male; most voters in November will be female. (Especially if Santorum's the nominee; he lost women to Romney in Ohio; unmarried women overwhelmingly, 45-28.) Everyone's talking about the dangerous gender gap that's opened up for the GOP, with women flocking to the Democrats as this assault on their rights continues. I think we're also seeing the emergence of a profound character gap. The notion that neither Romney, Santorum nor Gingrich could find a way to rebuke Limbaugh for his obscene jihad against Sandra Fluke is troubling. That none of them could find a way to express the appropriate revulsion is proof that hate has poisoned not only their party's brand, but their moral center.  It's another GOP election night, but the only winner is President Obama.