The private lives of great writers

Like it or not, Edith Wharton's looks and Saul Bellow's sexual problems do shed light on their work 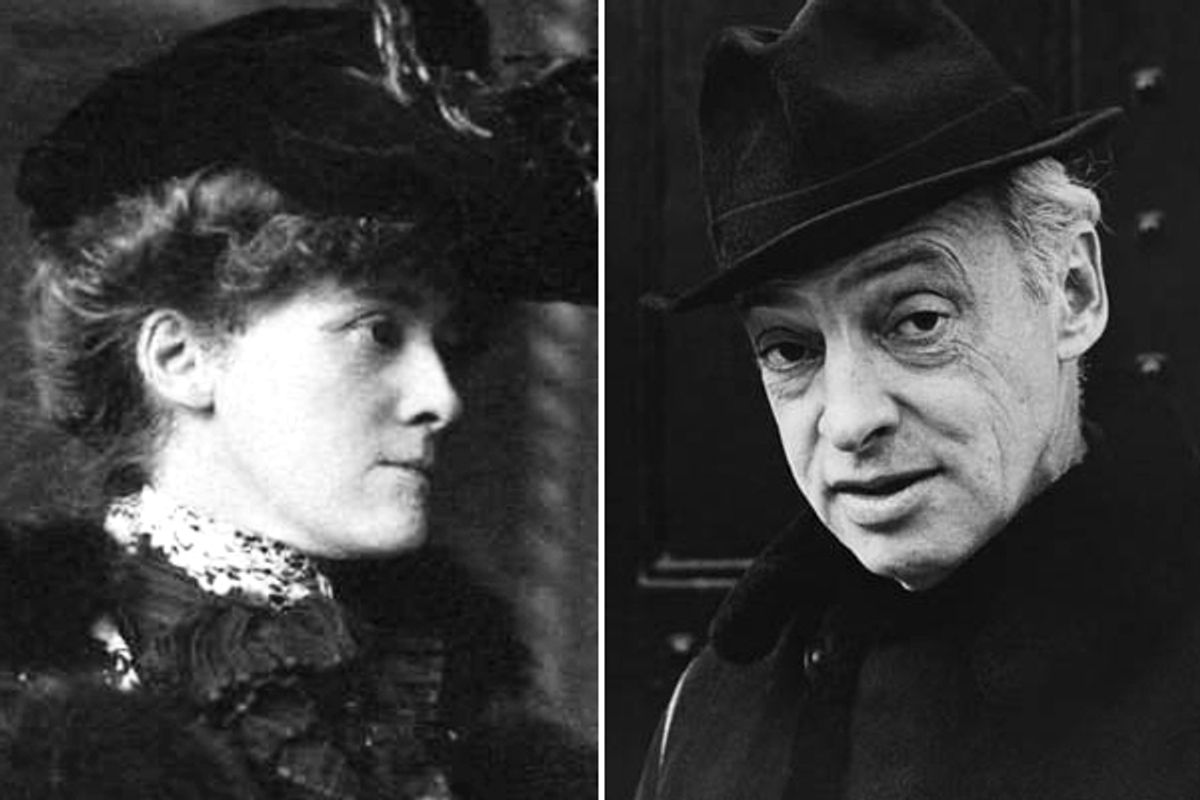 Just how relevant is an author's private life to our appreciation or understanding of his or her work? Many would argue that we should disregard it entirely. Others (myself included) might point out that while you can thoroughly enjoy a novel or poem without knowing who wrote it, any deeper grasp requires at least some basic information. It matters that Edna O'Brien is Irish, certainly, and it's almost impossible to imagine how the writings of Jack Kerouac or Charles Bukowski could be separated from their life stories.

This question came up recently in the response to an essay about Edith Wharton that appeared in the New Yorker. The author of the essay, Jonathan Franzen, has been a tennis ball of sorts in recent debates about the relative prestige awarded to male and female novelists: Batted around by the combatants as an example of male privilege, he's mostly refrained from weighing in with his own views. The Edith Wharton piece has offered that rare chance to assail him for what he has said, rather than what others have said about him.

The premise of Franzen's essay is that he has sometimes found Wharton "unsympathetic" because of her own privilege -- of class and wealth, rather than gender -- and her fairly imperious enjoyment of its benefits, but that an assortment of misfit traits, above all her desire to be a writer, ultimately won him over. This inspires a long exploration of the ways that novelists use a character's desire and pursuit of some goal to kindle sympathy for that character even when he or she is an unpleasant person seeking a shabby prize. (The example he uses is the vulgar Undine Spragg in Wharton's "The Custom of the Country.")

What most irritates critics of the essay, however, are Franzen's references to Wharton's looks: She "did have one potentially redeeming disadvantage," he writes, "she wasn't pretty." Although Franzen means this as a tick in the plus column for Wharton, it has been widely -- and most eloquently by Victoria Patterson in the Los Angeles Review of Books -- interpreted as "ranking a woman’s beauty before discussing her merits." Patterson goes on to write, "Do we even have to say that physical beauty is beside the point when discussing the work of a major author? Was Tolstoy pretty? Is Franzen? Wharton’s appearance has no relevance to her work." Patterson also insists that Wharton wasn't "preoccupied with her own looks" and that her "appearance wasn’t problematic" in her own milieu.

Not being as conversant in Wharton's biography as these two writers, I can't speak to the truth of those two final claims, but if Wharton's looks didn't have some significant impact on her life, she'd be a very unusual woman indeed, for any period of history. Is her life relevant to her work? I would assume Patterson thinks so, since she has read more than one Wharton biography. And if her life is relevant to her work, then I'm sorry to say that her looks probably are, too.

It is, indeed, aggravating that for many male writers, as for most men, looks have had relatively little influence on their fates or reputations while the opposite is true for women. (That said, it's difficult to imagine an ugly Lord Byron having cut so wide a swath in the imaginations of so many readers.) For women, prettiness or the lack thereof has long been treated as the most important measure of feminine worth: Accusing a woman of being unattractive is the fallback weapon for anyone trying to inflict a particular brand of shame, one designed to invalidate her as a woman. That's why it's seen as the lowest blow of all (apart, maybe, from calling someone a bad mother), an ad feminem tactic of last resort used by those who can't win by fighting fair. Edith Wharton, a brilliant and successful novelist, could well have been the target of that sort of insult from her male contemporaries.

Disparaging a man's looks simply doesn't have the same impact. But a similar shame does attach itself to failures of "manhood," such as the cuckolding of Saul Bellow, recently detailed in the Awl by Evan Hughes. In the late 1950s, Hughes explains, Bellow helped his "closest friend," Jack Ludwig, get a job at the University of Minnesota, where Bellow himself was taking a position. Ludwig, unbeknownst to Bellow, was having an affair with Bellow's wife, Sondra, who vented her frustration with the grim role of faculty spouse by adopting the "habit of criticizing Bellow’s sexual prowess to their friends," most of whom were aware of the affair.

This is pretty bad, and no doubt Bellow's eventual discovery of the affair was humiliating as well as infuriating. (Of course, the novelist was a philanderer himself, but the unfairness of the double standard has rarely prevented masculinist men like Bellow from raging over imputations against their virility.) The incident found its way into his work, as Hughes explains, becoming "the very engine of his next novel, 'Herzog,' which won another National Book Award after selling nearly 150,000 copies in hardcover." Whether a bestseller and (eventually) a Nobel Prize make up for having the inadequacy of one's penis a topic of wide conversation is a question only a man can answer.

Bellows' marital problems and sexual potency may seem as irrelevant to his writing as Wharton's looks are to hers, but only if all biographical facts are ruled equally superfluous. Byron's clubfoot, Flannery O'Connor's lupus, Coleridge's opium addiction and whatever was wrong with Hemingway do interest many readers because these factors shaped the life experiences from which the great work sprang.

Franzen, who maintains that Wharton was considered plain, observes that "at the center of each of her three finest novels is a female character of exceptional beauty, chosen to deliberately complicate the problem of sympathy." In one of Wharton's most popular books, "The House of Mirth," Lily Bart is a society beauty with expensive tastes who can either marry a rich dullard or the poor man she actually cares for. Because she lacks the resolve to make either choice, she ruins her own life.

Franzen feels this novel "can be read as a sustained effort by Wharton to imagine beauty from the inside and achieve sympathy for it, or, conversely, as a sadistically slow and thorough punishment of the pretty girl she couldn't be." (Several commentaries quote this sentence but omit the first clause, giving the incorrect impression that second option is the only interpretation offered.) This is more or less what George Eliot did in "Middlemarch," with the character of Rosamond Vincy, who marries an idealistic doctor so entranced by her beauty that he can't see how catastrophically ill-suited they are.

Eliot was famously homely, but the trait that was her misfortune as a woman was the making of her as a novelist. Rosamond is Eliot's disquisition on just how oblivious a beautiful woman can afford to be, but for all its perceptiveness, the portrait is not free from spite. So what? Great novelists, male and female, often have personal qualities that sideline them socially but that also offer them a quiet perch from which to observe others. Frustration can spur them to write about what they see. And we've all seen plenty of women like Rosamond.

Given that the handsome, the charismatic and the well-connected already enjoy so many other advantages in life, it seems only fair that this perk should devolve to the world's oddballs. In the long run, everyone remembers George Eliot while the Rosamonds who outshone her in her youth are all forgotten. Last laugh! Eliot was outshone in the looks department, but to make a taboo out of acknowledging that fact seems to give it more power rather than less, as if the mere mention of her unpretty face really could magic away all she that achieved.

I have a hard time writing off Franzen as biased against women writers per se, given that I only learned about geniuses like Christina Stead and Paula Fox because of his energetic efforts on behalf of their neglected books. The way I read it, he wants to see Wharton as, at heart, "an isolate and a misfit, which is to say a born writer," and no doubt a lot like himself. In the same way that a novelist uses a character's desire to coax readers into sympathy across boundaries of gender, class, race and time, for Franzen, teasing out this kinship is what stirs his sympathy and allows him to identify with Wharton. Unfortunately, it's a strategy that seems to have had the reverse effect on how everyone else feels about him.