When bullies go to work 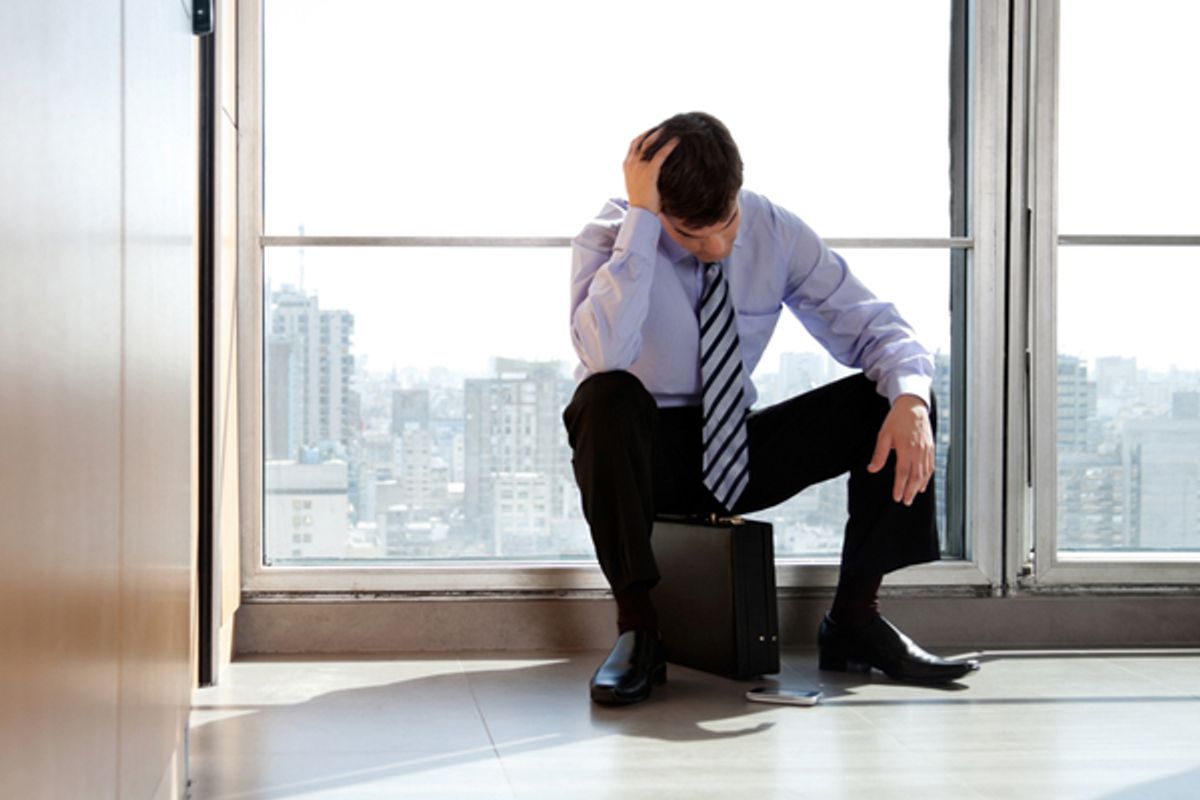 My friend Dennis* remembers the exact moment he knew he'd had enough. Enough of the "nonstop nagging and ostracizing and accusing" that had become his weekday routine. He was standing on the platform of the subway station at Union Square, leaning out toward the tracks to see if the train was approaching. "And I thought, if I don't pull back, if I stay here like this, so many problems will be solved."

Dennis' tormenter? Not a schoolyard thug shaking him down for lunch money, but a high-ranking executive in one of the largest financial institutions in the country. When the mean kids of your childhood grow up, they don't all evolve into self-aware, contrite adults. Sometimes, they just move from the playground to the corner office.

Dennis says that his problems began the day he dared to point out a flaw in his supervisor's report during a meeting. From there, he was swiftly taken off a project he'd been immersed in and moved to one "I literally didn't know anything about." He was also, unlike the other members of his team, billed for taking the company's car service after working late one night. "They told me I didn’t have to work overtime and accused me of malingering," he says. But what sticks with him now, long after he's left, are the sly humiliations and social ostracizations. Like when he broke a toe and couldn't wear business shoes, he was sent up to the vice president's office and made to show him his swollen, purple foot.

"They'd call meetings and not tell me," he says. "I'd see them going into the conference room without me. They'd go out for lunch afterward and not include me." His department abruptly banished office birthday parties in March, and resumed them in May. "My birthday is in April," he explains. Unlike the guy in his department who a year earlier leaped to his death out a window, Dennis, fortunately, got out in time. By then his hair was turning gray. He was having self-destructive thoughts on the subway platform. And so even though it was the height of a recession, "I went in and I quit without having another job," he says.

"There's exclusion, there's cliques -- the same as school bullying," says Cheryl Dellasega, a relational aggression expert who's written "Mean Girls Grown Up" and "When Nurses Hurt Nurses." But unlike school bullying, she says, the issue is still not widely addressed. "There's a definite lack of awareness. People are very surprised when they think about these things happening in the workplace." Yet it's all around us --  a 2010 workplace bullying study found that 35 percent of workers say they have experienced bullying firsthand, and another 15 percent report witnessing it.

It happened to Nicole, who worked for two years in the marketing division of a fashion company. She sensed the organization might be a less than great fit when she didn't wear makeup to work one day "and someone said to me, 'What's wrong with your face?'" Before long, she says her boss would "wait till I left the office, ask for changes on work, and expect them before I'd  returned." And when she returned to the office after several days off, she says, "Then my boss really started turning on me, not giving me work. I got a written warning about my attitude. My boss would litter her emails with smiley faces, and I'd get called into the office and told that my emails were too 'frosty.' I was in complete shock. I'm a really tough cookie," Nicole says. "I went to school for business. And I started to have panic attacks at work."

For Beth, who worked for a cosmetics company, bullying stress hit her in the gut. She got off on the wrong foot when her aunt died on her first day at the job. "I told my boss I had to leave and she said, 'Well what other days are you taking off?'" After that, she says, it got worse. "If I was leaving at 5:45, she'd say, 'Just because I leave at 5:45, that's not a green light for you to leave." And when she had to take time off for surgery, her boss asked, "Can you change it? We have all these conference calls coming up; you're going to have to do this from home." Beth says, "When HR put me on disability, she went ballistic."

After that, "She would yell at me in front of other people. Having worked on Wall Street, I've been yelled at and screamed at, but this was bullying like I've never seen. I got yelled at in the hallway one day and almost threw up at work." And when Beth complained to HR, she says she was told, "Isn't it a little early to not be getting along with your co-workers?" Beth was able to set up a safety net consulting gig and jumped ship, but the scars of the experience run deep. "I felt so rejected," she says. "I have yet to update my LinkedIn profile because I'm so terrified of the idea of those people looking at it."

Dennis, Nicole and Beth worked in different industries in different parts of the country. Yet in many ways they all fit the profile of a workplace target. Dellasega says office bullies tend to have an "inner lack of confidence that causes them to lash out" – something a competitive workplace feeds on exquisitely. So who do they look for in the pecking order? "The most thoroughly competent person," says Dr. Gary Namie of the Workplace Bullying Institute. "The person is well-liked, has empathy, is ethical, and so has whistle-blower potential, and doesn't want to get involved in office politics. They all say, 'I loved my job. I just wanted to be left alone to do it.' They can't believe this happened to them. What distinguishes a target from a bully-proof person is the target thinks, it must be me."

Part of what makes workplace bullying so insidious is that it's so deeply entrenched in the corporate cultures where it flourishes. It's not just one jerk -- it's a whole department of sycophants and terrorized underlings. As Liza, who works in graphic design, says, "One of my bosses likes to throw paperwork on the floor so we have to get on our knees. I commonly see a reaction of, 'That's just how he is,' or 'He's just having a bad day,' when an incident occurs." Namie says this is common. "The whole group adopts the practice out of survival and fear, and over time it becomes the norm and the bullying becomes institutionalized. It's about loyalty," he says. "Once you start promoting people for that kind of behavior, you've sent the message."

The stigma of being the unpopular kid in the lunchroom, of playing what Nicole calls the "emotional Russian roulette" of the workweek can wear a person down and wreak havoc on a person's health. Unlike bullied kids, Namie says, "Adults are not nearly as resilient. When they're devastated, recovery is so hard." If you love what you do and you take pride in it, it's traumatic to spend your days among people who undermine your confidence and tell you you're bad at it. "Throughout every single week -- sometimes every day -- they would point out something wrong I'd done. And the constant phrase was, 'You should have known,'" says Dennis. "It bothers me to this day."

In a brutal economy, the options aren't always as easy as simply walking out and going somewhere nicer. And the toxic workplace has been around since long before the first scribes got their butts chewed out for sloppy papyrus work. But it's heartening that we're beginning to make strides to raise awareness and make the workplace less toxic. "We're focusing on prevention; we're doing seminars on civility," Cheryl Dellasega says. "Employers have to be more proactive now," because "bullying impacts on productivity." Statistics are hard to come by because targets themselves don't always connect the dots between their absenteeism-causing migraines and ulcers and their aggressive colleagues, but Dellasega says at least 5 percent of workers say they've deliberately not gone in to work because of stress there.

Work can be stressful. Colleagues can be difficult. It's sometimes easy to chalk it up to a high-pressure business or a prickly supervisory style, to suffer in silence and chalk it up to the nature of the industry. But just like school or family, your job isn't supposed to give you headaches or high blood pressure or anxiety attacks or suicidal thoughts. If it is, there's something seriously wrong. As Namie says, "Did you ever wake up on a weekday and say, 'Today's the day I deserve to be humiliated?'" And if you didn't in grade school, why would you believe it now?

* Some names and identifying details have been changed