The morphing visual landscape of Dubai 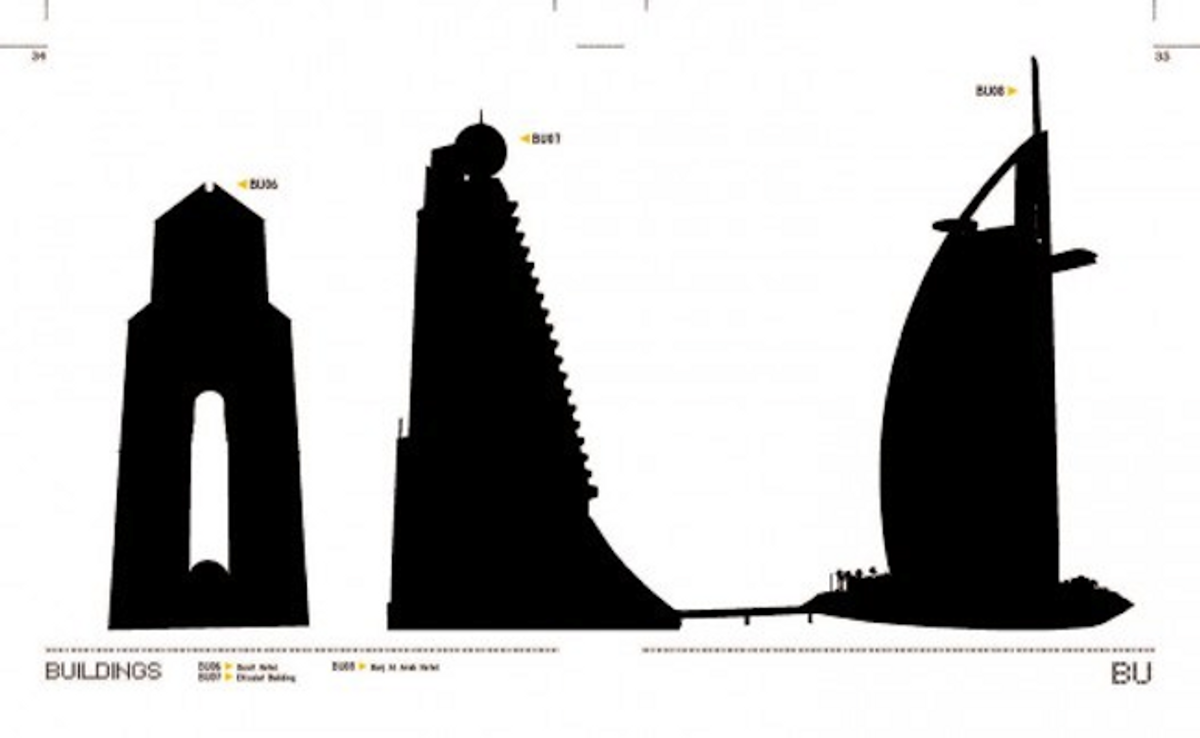 When, oh, when will someone invite me to Dubai? I’ve read about it, watched reports and talked to plenty of people who have spent time there. It’s a long flight from New York and unless someone was to send me, I’m not sure I’d ever choose just to go. Perhaps if I had a layover on my way to Australia I’d carve out a day or two, because the emirate fascinates me. My yearning to be the beneficiary of such a generous invitation has been renewed of late by Brusselssprout, a Dubai-based arts organization.

Even for someone who spends his days poring over books of all sorts, from time to time one lands on my desk and I’m not quite sure what to make of it. Such was the case with Brusselssprout's first book, "Dubai Graphic Encyclopedia." The title is straightforward enough, as is the content – scores of alphabetically arranged monochromatic images commonly associated with Dubai. But with hardly any descriptive text and the simplicity of the illustrations, what is one to make of this book?

Seeing in Dubai the 18th century English aesthetic ideals of the beautiful, sublime and picturesque, the people behind Brusselssprout first started out with magazines (free to download here) that graphically reinvent the city of Dubai, citing the likes of Andy Warhol and Rem Koolhaas. In issue one, they dubbed Dubai “as the first genuine work of art in the 21st century” – hyperbolic to be sure. The past 12 years have indeed yielded beastly development there, though the real changes started in the late 1960s with the discovery of oil and the eventual forming of the United Arab Emirates in 1971. But there is no doubt that recent building projects in Dubai, beholden to global economic booms and busts, have, from an outsider’s point of view, morphed it into a locale that makes Las Vegas seem quaint.

Leafing through this catalog of Dubai’s visual touchstones and tropes – from aircraft to camel, henna to skyline – becomes an exercise in pattern recognition, which is equal parts brusque and appropriate. Yes, there are the remnants of the region’s distant history seen in minarets and gutrah (traditional cotton head wraps worn by men) but the buildings, cars, traffic signs and Western logos of today’s Dubai dominate this visual landscape. This dominance of the contemporary does not diminish the past, it simply equalizes everything, which is disturbingly reassuring, and ultimately very telling. 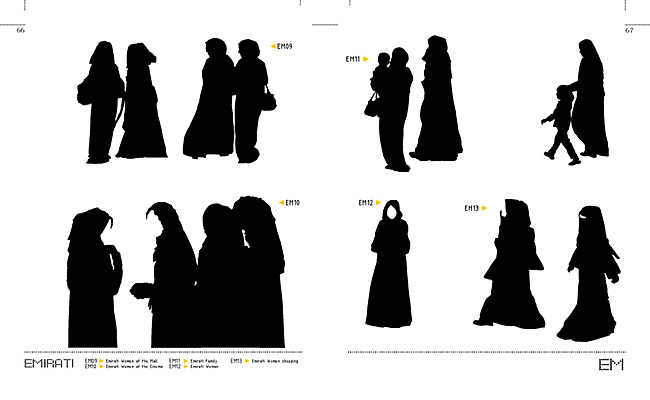 In the April 2008 issue of Print, I reviewed "With/Without," a book published by the incomparable magazine Bidoun. This anthology dedicated to Dubai focused on how the emirate functions by virtue of a complicity that makes it impossible for the past and present to fuse, resulting in free zones where anything goes, regardless of religion, nationality, sexual preference or personal taste. Like that volume, the "Dubai Graphic Encyclopedia" provokes thought, though in this case with far less direction, which is the point, I think. What do I know? I’ve never been there. Someone invite me!

I’ll give Brusselssprout the final word on the book’s aim: “What the first edition Dubai graphic and visual encyclopedia presents is a reality that acts as a counterpoint to all the excess of attempts to decipher and understand Dubai.”