Borrowing from the French, occupiers turn figures from the cultural mainstream into symbols of dissent 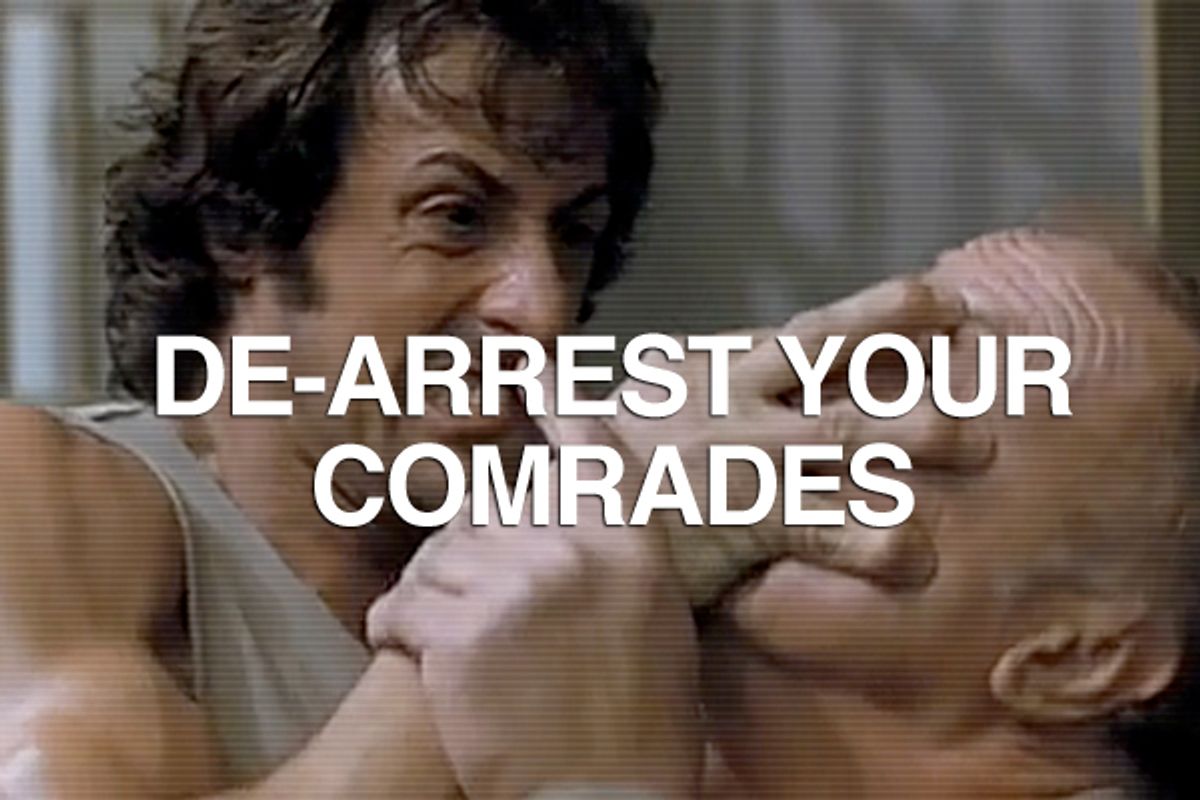 TV-show writers,  pop culture purveyors and peddlers of general stuff-we-don't-need didn't take long to latch onto the Occupy brand. The language of the 99 percent is popping up in sitcoms and terrible pop songs; the word "Occupy" now adorns a neon green Swatch. It's probably beside the point to mention that revolutionaries in Egypt and Greece are fighting on without the help of branded watches; this is America, after all -- what did you expect?

But Occupy supporters are taking from pop culture too. Not in the obvious sense of message amplification and popularization, but by helping themselves to items from the cultural mainstream and flipping them on their heads for propaganda purposes. To see what I mean, check out this video attributed to "nycgeneralstrike":

The clip does not come from any official Occupy working group, but is part of a vast array of guerrilla propaganda efforts from autonomous, anonymous creators, which is ricocheting through the Twitterverse and blogosphere.  It's a well-known scene from "Rambo, First Blood," in which Sly Stallone's character overpowers an entire police precinct.  The video cuts to black, with the messages in bold type "de-arrest your comrades" (meaning: pull them away from cops if they're grabbed) and "#NYCGeneralStrike" (referencing the Occupy calls for a May 1 general strike). The video, part of a series featuring scenes from "The Terminator," "Robocop," "I Am Legend" and more, with titles including "Class War" and "Avenge Zuccotti," relies on a technique known as "détournement."

The idea, first propounded by French radical artists of the Letterist International in the 1950s (who fed into the Situationists), is to take elements of capitalist media and use it to create an antagonistic message. Crucially, the original media that is "détourned" must be widely recognized (like Rambo or the Terminator), otherwise the impact is lost. Take, for example, the "subvertising" campaigns created by culture-jamming magazine Adbusters, which use recognizable corporate logos to impart anti-consumerist messages. Indeed, one of the symbols most affiliated with Occupy -- the Guy Fawkes masks donned by Anonymous hackers -- is a détournement of sorts: Wrenched from its origin in a Warner Bros. blockbuster, "V for Vendetta," and repurposed as a genuine symbol of dissent -- a real Guy Fawkes mask.

The effect of nycgenstrike's videos is jarring. We remember cheering for Rambo as he pummeled cop after cop, and then the video forces us to think about how we personally interact with aggressive policing. As radical propaganda, it's also hugely effective -- a cheeky "fuck you" to late capitalism: We will take your products, spit them back at you to call for insurrection and everyone will know what we're talking about, because, yeah, we all saw "Robocop" too. Détournement is the technique of occupying products of consumerist media. As writer Max Fox put it in the most recent edition of the New Inquiry Magazine, "Just because capital has brought something inside itself doesn’t mean that thing can’t also threaten it."

So while concerns (justifiably) abound about the recuperation of Occupy, there's solace in the idea that everything recuperable can be détourned.

Class War from nycgeneralstrike on Vimeo.