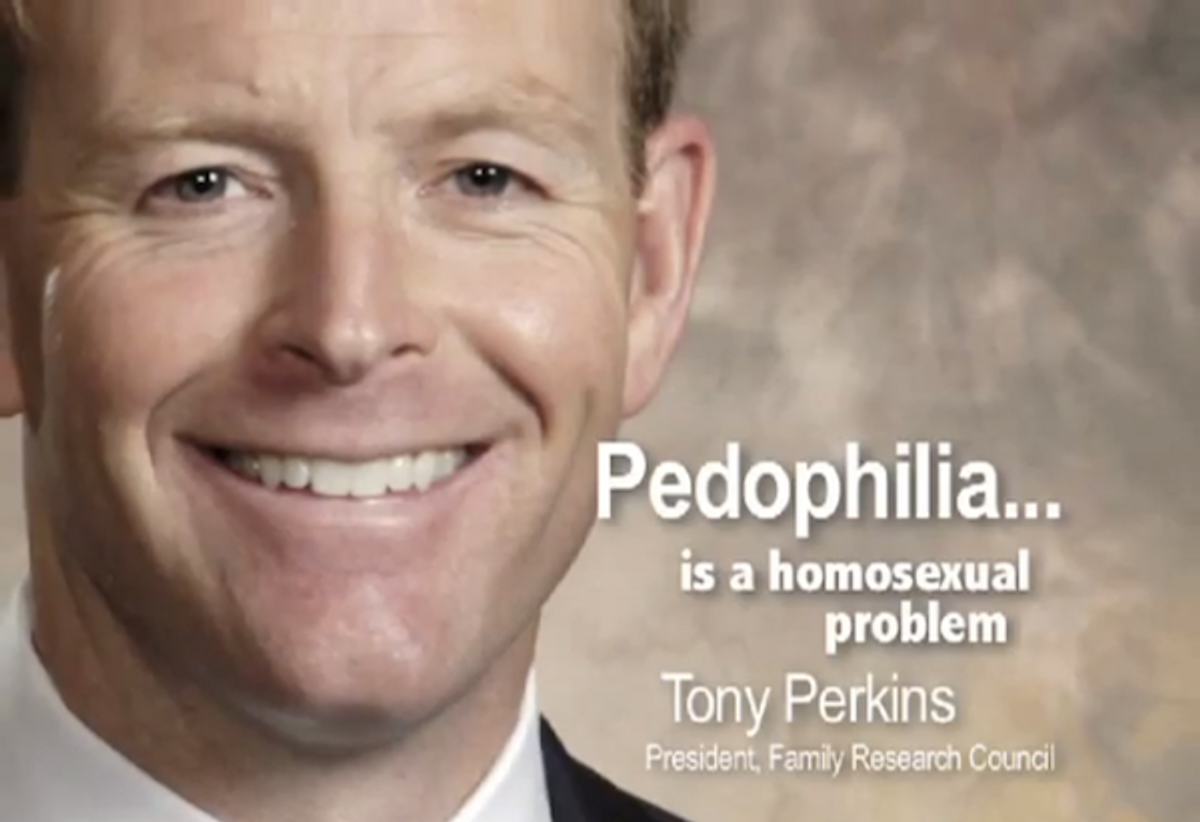 For the longest time, many of us have been raising hell over the fact that MSNBC hosts hate-group leader Tony Perkins (the Family Research Council) as authoritative voice without asking him about his organization’s history of lying in order to demonize the LGBT community.

Well now Faithful America has come out with an awesome ad which best speaks to the point. Only MSNBC rejected this ad. Therefore, I guess it’s up to us to spread its message:

My guess is that Perkins will whine about how supposedly the left is trying to silence him and other people of faith. In actuality, I don’t want him silenced. I want there to be a conversation about the entire issue.

And the first place we should start is with the charges in the ad.

PLEASE spread it around. Let’s make this thing very viral!

Alvin McEwen is the blogmaster of Holy Bullies and Headless Monsters. In addition, he is also a contributor to Truthwinsout.org, Pam's House Blend and the Huffington Post.