The jobs report is a boon for Obama, but the economy won't fully recover until consumers start spending again 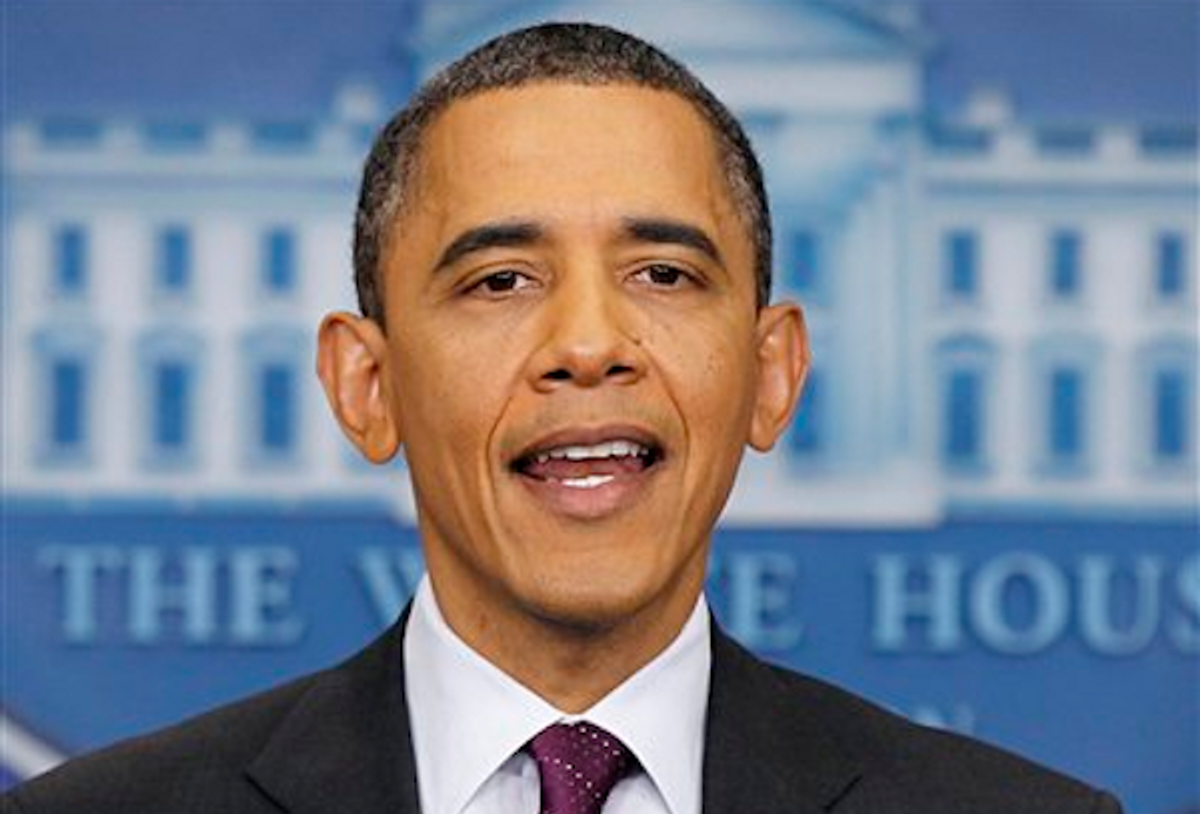 Jobs are coming back fast enough to blunt Republican attacks against Obama on the economy and to rob Romney of the issue he’d prefer to be talking about in his primary battle against social conservatives in the GOP.

But jobs aren’t coming back fast enough to significantly reduce the nation’s backlog of 10 million jobs. That backlog consists of 5.3 million lost during the recession and another 4.7 million that needed to have been added just to keep up with the growth of the working-age population since the recession began.

If the American economy continues to produce jobs at the good rate it’s maintained over the last three months – averaging 245,000 per month – the backlog won’t be whittled down for another five years, long after Barack Obama finishes his second term if voters grant him another.

But whether even that good rate continues depends largely on whether consumer demand can be revived. Spending by American consumers is 70 percent of U.S. economic activity. But so far, spending is anemic.

American consumers have replaced worn-out cars and appliances, but little else. They haven’t had the dough. Their wages are still falling, adjusted for inflation. The value of their homes – most consumers’ single biggest asset – continues to drop.

Home values are down by an average of a third from their 2006 peak. Consumers understandably feel far poorer as a result. Declining home prices also mean consumers can’t use their homes as collateral for new loans, as they did before 2008. And even with low interest rates, refinancing is difficult.

Corporate profits are up but the money isn’t flowing to American workers. The ratio of profits to wages is the highest on record – since the government began keeping track in 1947. Not only has the median wage continued to drop, adjusted for inflation, but a far smaller share of working-age Americans is now employed (58.6 percent) than was employed five years ago (63.3 percent). Today’s employment-to-population ratio isn’t much higher than it was at its lowest point last summer, when it dropped to 58.2 percent.

The major driver of the U.S. economy over the past several months hasn’t been consumer spending. It’s been businesses rebuilding depleted inventories. Wholesalers increased their stockpiles again in January, bringing them up almost a quarter from their low in September 2009.

But businesses won’t continue to rebuild inventories unless consumers start buying big-time. And consumers won’t resume spending as they did before the recession until they’re far better off financially. Yet how can they be sufficiently better off when their major asset has shrunk so much and when so few of the economic gains are going to them?

This is the central paradox at the heart of the American economy today. If it’s not resolved, the jobs recovery will stall, as it did last spring.

A year ago, remember, we had another three-month run of good job numbers. Last February, March and April saw net gains of more than 200,000 jobs a month. But that job boomlet abruptly ended.

At the time most observers blamed the stall on external events – the Japanese earthquake, Europe’s gathering debt woes and higher gas prices. In reality, it stalled because of the shallow pockets of American consumers.

Another stall this time might be blamed on any number of external events – slower growth in China and India, the unraveling of Europe’s debt-crisis deal and higher gas prices. But if another stall occurs, the real reason will be Americans once again ran out of money.