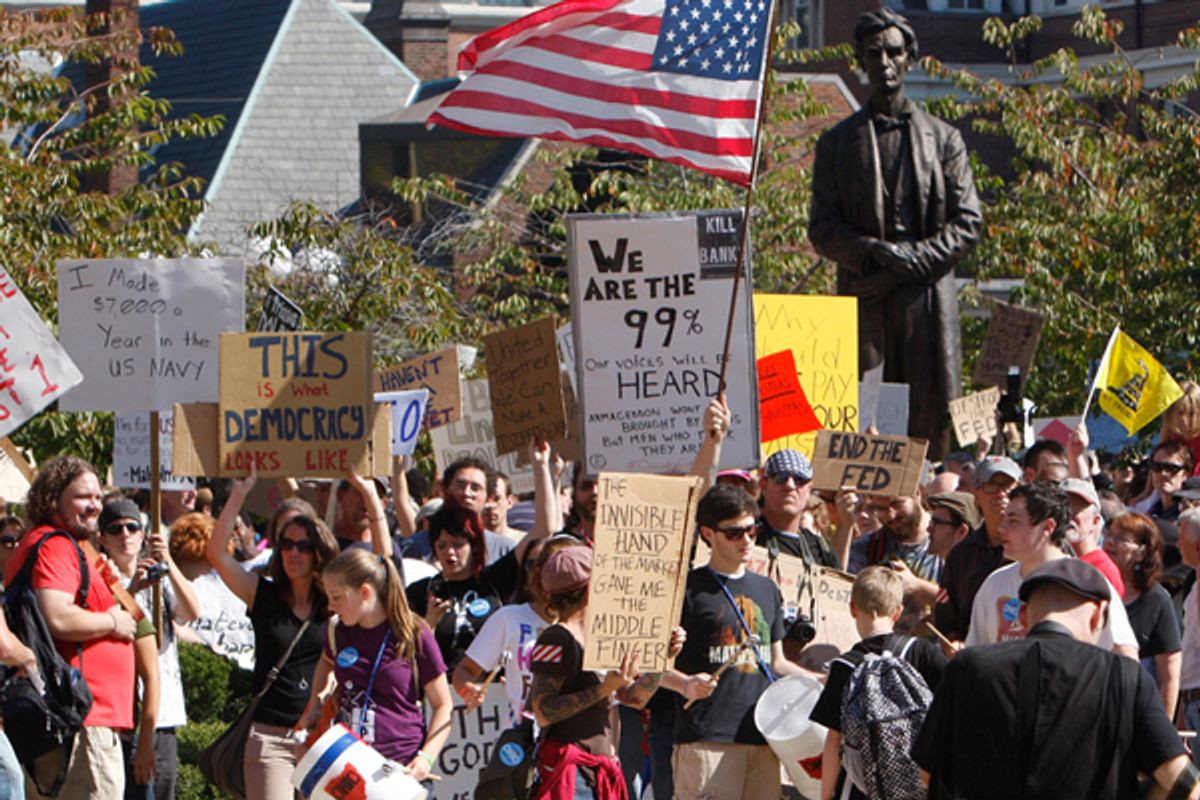 "The important part is that this will be an area where people can express themselves 24 hours a day," said Aaron Roco of Occupy Cincinnati on Monday, speaking on the steps of Cincinnati's City Hall.

Roco was referring to the spoils from a settlement reached between Occupiers and the city of Cincinatti. In return for Occupy Cincinnati supporters dropping a federal law suit against it, the city dismissed around 300 charges involving approximately 100 protesters. The occupiers also won a 24-hour public space -- a small patch of Piatt Park -- but will not be able to set up tents in the area.

The Occupy supporters, who had filed a lawsuit claiming the city had violated their First Amendment rights, called the settlement a victory for constitutional rights. The city solicitor said "the case allowed both sides to clarify and understand the limits to First Amendment expression in Cincinnati's parks," according to the Coshocton Tribune.

And I suppose it's true -- there's victory in having 300 charges dismissed and successfully standing up for freedom of speech and assembly. But when this freedom's physical manifestation is a small part of a park, which won't close but can't be camped on, it doesn't seem all that free to me -- or about as free as our Orwellian Free Speech Zones. Roco is right: having an area where people can express themselves at all times is important. All areas should be this way. That this area had to be won in a legal settlement just illustrates, as the city solicitor inadvertently pointed out, the real limits of our freedom to speak and assemble.