Militants attack Afghan officials at the site where a U.S. soldier killed 16 civilians 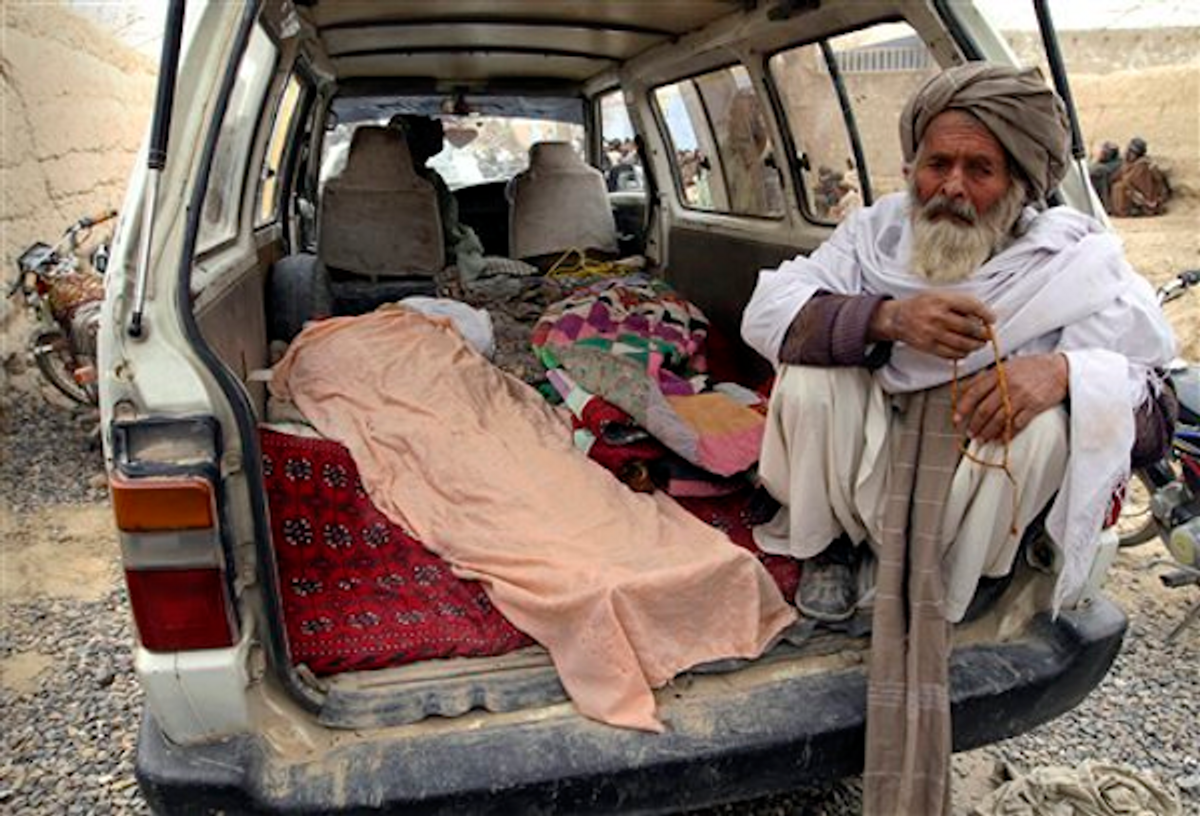 An elderly Afghan man sits next to the covered body of a person who was allegedly killed by a U.S. service member, in a minibus in Panjwai, Kandahar province south of Kabul, Afghanistan, Sunday, March 11, 2012 (AP Photo/Allauddin Khan)
--

The attackers opened fire at the group – which included two of President Hamid Karzai's brothers and several top security officials – from several sides.

One Afghan soldier was killed and three people injured, according to the BBC. The rest of the government delegation was heading back to Kandahar city.

Afghan forces returned fire in the attack, in Panjwai district, the Associated Press reported, saying one of its reporters witnessed the incident.

One of the president's brothers, Qayum Karzai, said the delegation was talking with victims' families in Balandi village when they heard shooting, Fox News reported.

"We were giving them our condolences, then we heard two very, very light shots. Then we assumed that it was the national army that started to fire in the air."

A senior Afghan official told the BBC: ''I can confirm that the Taliban have launched an attack... The delegation was there to meet villagers and tribal elders. This is an area where the Taliban exist and operate.''

The Taliban had vowed revenge after 16 civilians were shot dead by a rogue U.S. soldier on Sunday in the villages of Balandi and Alkozai – in an attack that ramped up tensions between foreign and Afghan troops.

Most of those killed were women and children. President Barack Obama described the shooting as "absolutely heartbreaking and tragic."

Hundreds of students in the eastern city of Jalalabad today staged an angry protest against the United States and the soldier believed to have carried out the killings, the AP reported.

An unnamed 38-year-old sergeant has been detained, and is being held at an undisclosed location.