If anti-Romney conservatives rally around Santorum after last night's wins down South, it's a one-on-one race 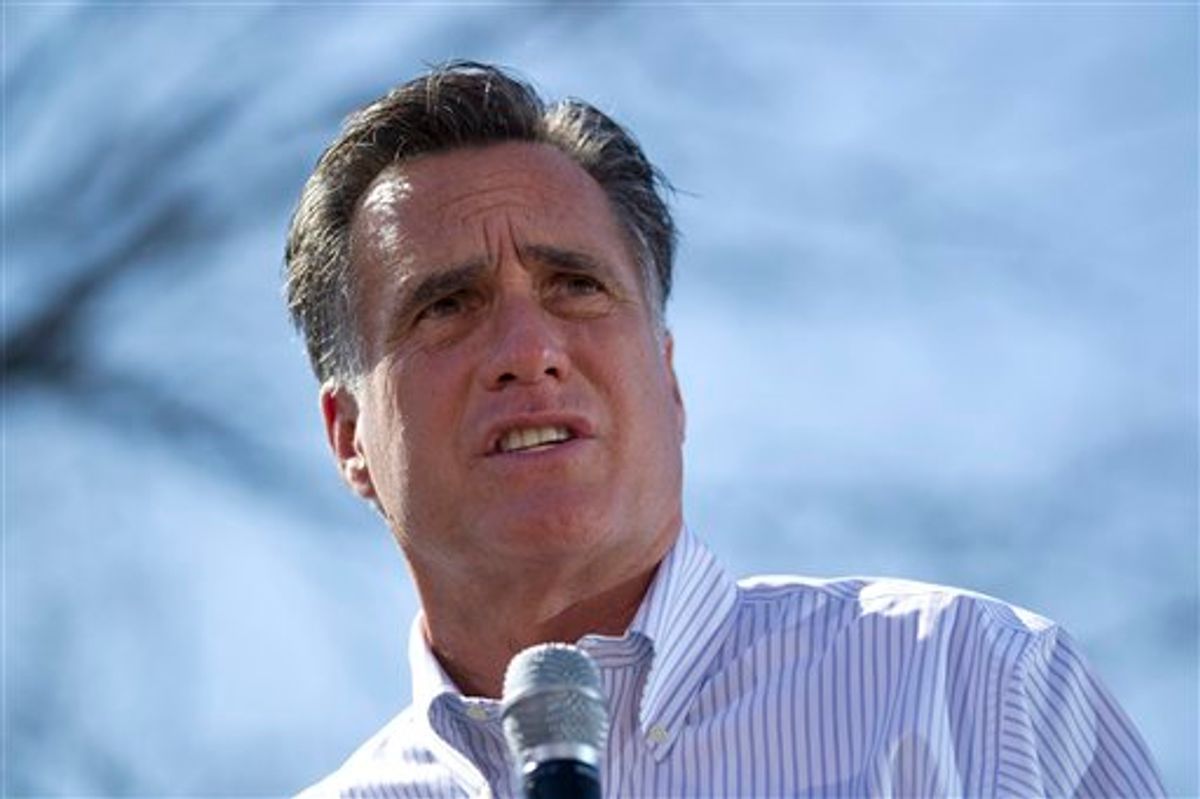 First, the good news for Mitt Romney: Last night may have been a psychological disaster for him, but it wasn’t a delegate disaster.

In both Mississippi and Alabama, Romney finished in third place, but he, Rick Santorum and Newt Gingrich were so tightly bunched that they’ll share the 90 delegates up for grabs almost evenly. That means Romney, thanks to wins in Hawaii and American Samoa that few are talking about, could still end up the night’s net delegate winner. So technically speaking, his grip on the GOP nomination may be more firm today than it was yesterday.

But it sure doesn’t feel that way, and that’s just the point.

Last night’s results are the latest demonstration of the cultural and demographic barriers that have continually thwarted Romney’s efforts to generate momentum. His success seems inversely related to the share of any given state’s electorate that evangelical Christians, blue collar and middle-class voters, and rural dwellers comprise. Even when he’s posted breakthrough victories that promised to melt these voters’ resistance, the pattern has returned in the next contest.

In Alabama and Mississippi, perhaps the two most demographically ill-suited states to him in the country, Romney had real opportunities to win, thanks largely to Santorum and Gingrich sharing the most conservative voters. So he spent heavily and campaigned aggressively, believing that even one victory would allow him to claim that the party base was finally ready to accept him – and that national conservative opinion-shapers would then get the message and embrace him. Instead, he ran into the same ceiling that’s bedeviled him in the other (non-Florida) Southern contests this year and that helped sink him in 2008.

At the very least, last night confirms that Romney will face this frustration throughout the spring – doing just well enough to maintain his delegate lead, but not enough to clear the field and turn his attention to Barack Obama, with plenty of embarrassments like the ones he just suffered in Dixie.

In the best case scenario for him, he’ll reach the magic delegate number of 1,144 shortly before the final contests in June, Alternately, he could end up just short of that threshold and need a handful of the GOP’s equivalent of superdelegates to put him over the top when the primaries are over. Romney is still very likely to be his party’s nominee, but if he is, he’ll be the first since Gerald Ford in 1976 to endure such a protracted and ugly process.

Another scenario is possible, though, one that’s not as unlikely now as it was 24 hours ago – and for the Romney campaign, it’s the doomsday scenario. The key here is that Santorum didn’t just beat Romney in Mississippi and Alabama – he also knocked off Newt Gingrich, who has pitched himself as the South’s candidate. On the heels of his Oklahoma and Tennessee wins on Super Tuesday (and his Ohio near-miss), Santorum can now make a strong case for anti-Romney conservatives to ditch Gingrich once and for all and rally around him. This would give Santorum the one-on-one race with Romney that he’s craved, and how it would turn out is the great unknown.

Starting in the early days of this campaign, polls have shown potentially serious trouble for Romney if the conservative base ever united behind a single candidate. On a few occasions, like with Rick Perry’s late August surge or Gingrich’s in December, a single candidate actually managed to play this role, opening giant leads in national and key early state surveys and attaining polling heights that Romney has still yet to reach. But those candidates were horribly deficient and their surges were short-lived.

Santorum, though, is demonstrating more staying power -- and Gingrich has been getting in his way. Without the former speaker in the race, the results wouldn’t have been close last night, nor would they have been in Tennessee and Oklahoma last week. And Santorum probably would have won Ohio, scored a clear win in Iowa and probably Georgia, and maybe pulled off South Carolina, and perhaps even Florida.

We may be arriving at the moment Romney and his campaign have feared for the entire campaign, when they can no longer benefit from a split conservative vote. Gingrich gave no hint in his speech last night that he’ll leave the race anytime soon. But he may be eliminated organically, if conservatives conclude that he’s exhausted his viability and that they’re better off lining up with Santorum. It might not matter if Gingrich presses ahead; if his support evaporates, Santorum will get his one-on-one race anyway.

The next GOP contests are in Missouri and Puerto Rico, later this week. But the next marquee event will be in Illinois next Tuesday. It’s a state that Romney has seemed poised to win the same way he won Ohio – with well under 50 percent, big pluralities from blue counties, and an assist from Gingrich. We may finally get to test the question that’s hovered over the Republican race since it began: What would happen if conservatives ever settled on a consensus alternative to Romney?