Warehouse workers did not strike on Feb. 29 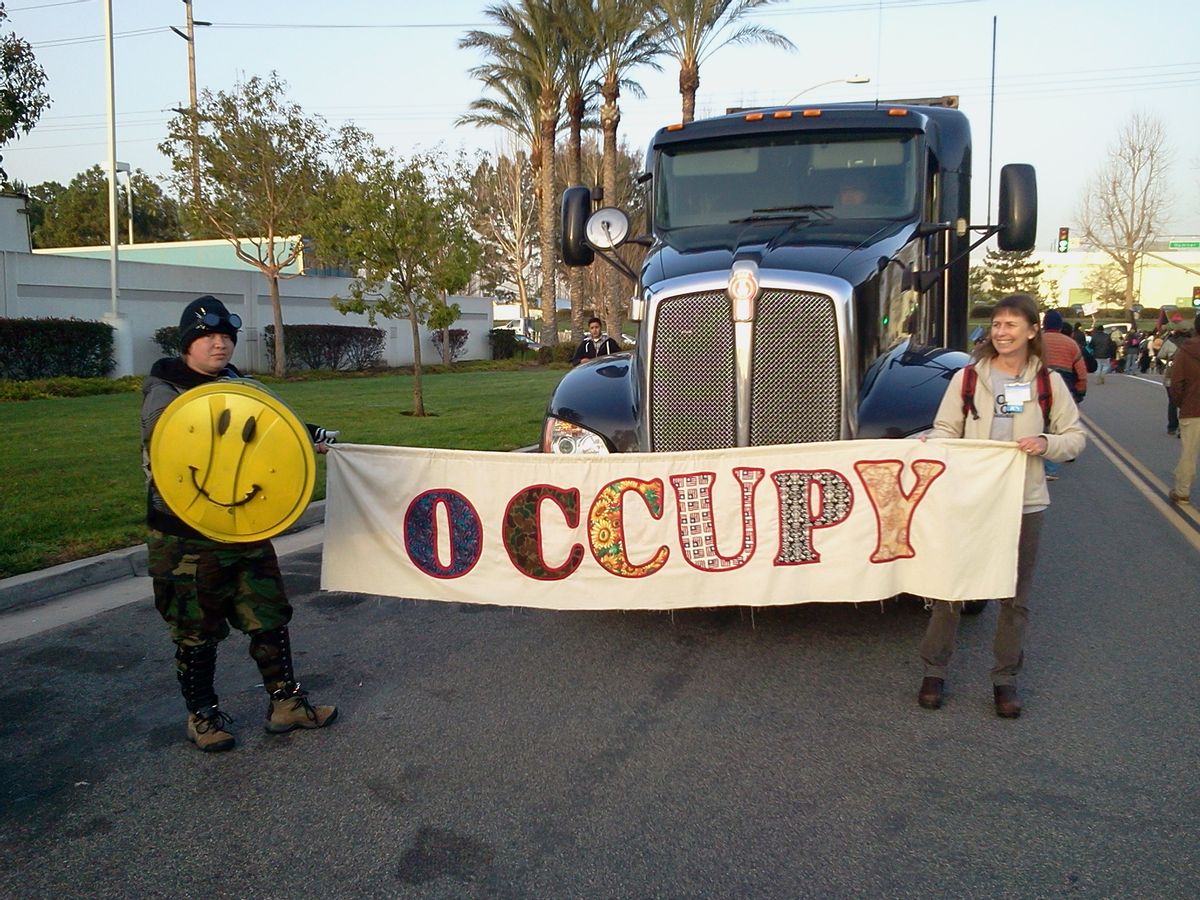 We would like to thank you for your coverage of the Feb. 29 Occupy action at the Walmart-contracted warehouse in Mira Loma, Calif. The article "Occupy Invades America’s Storage Shed,” published March 1, 2012, quoted a number of Occupy protesters who unfortunately had an inaccurate view of the position of the workers who are organizing in the warehouse. We’d like to set the record straight.

Warehouse Workers United (WWU), the organization of the workers involved in organizing activities at the warehouse, did not call for the action on Feb. 29, nor did we organize a strike for that day.

WWU was contacted by Occupy Riverside to brief them on what was going on at the warehouses. WWU explained the problems faced by workers at the warehouses that handle Walmart goods and Occupy Riverside independently decided to take action to support these workers and publicize their problems. WWU was also invited by Occupy Riverside to a meeting of Occupy LA for the same purpose. At those meetings we explained the struggle the workers were going through. That was the extent of our involvement in any Occupy meetings.

We published a letter to the Occupy movement on our website on Feb. 24, signed by 15 workers from the warehouse, including us, clearly stating that while we appreciated the support of the Occupy Movement, we were not participating in the Feb. 29 action. We also stated in that letter that we intended to go to work on Feb. 29. It appears that management decided to shut down the warehouse for the day in anticipation of the Occupy demonstration on Feb. 29.

The warehouse workers involved in the activities at the warehouse, had they been interviewed for the story, would have corroborated these facts.

We are appreciative and sincere in our gratitude for the support shown for our cause by the Occupy movement. We only wish to be understood on our own terms. Our struggle to hold Walmart accountable and create decent jobs in the warehouse industry continues.