Or is "sustainable growth" a sensible policy demonized by a right-wing conspiracy theory? 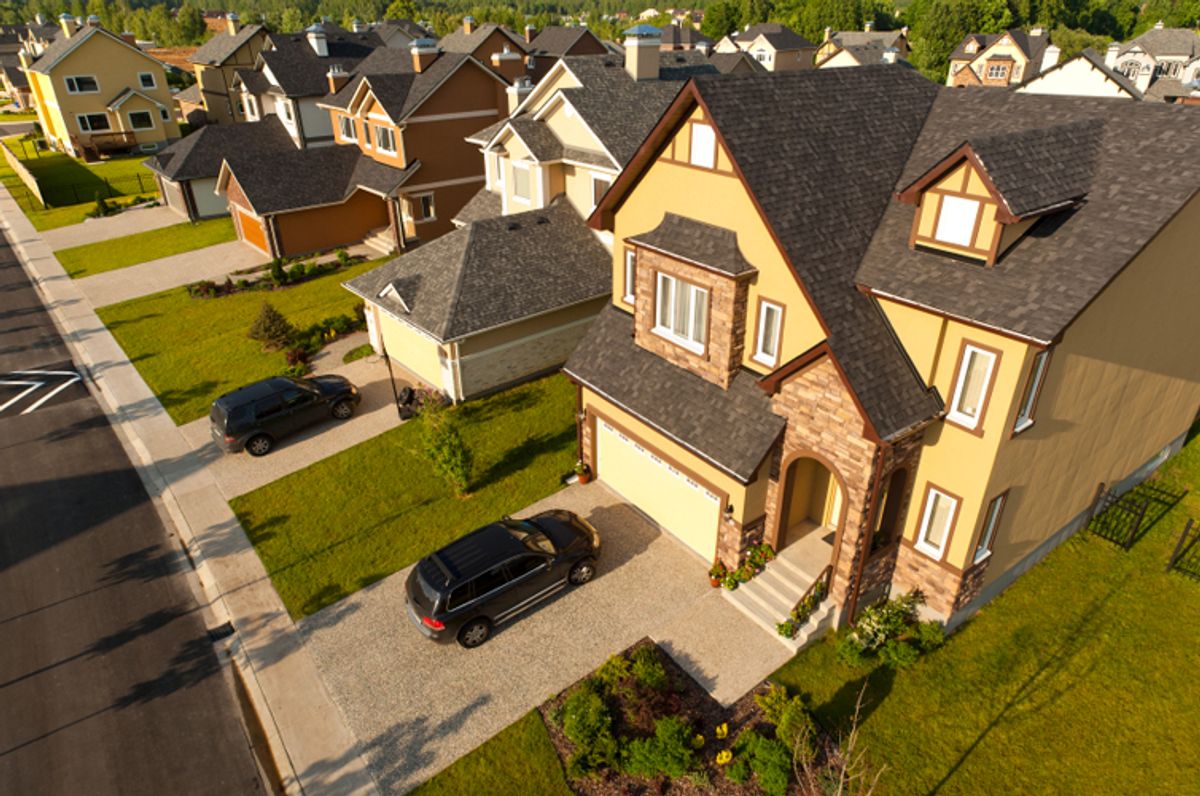 In a resolution approved in January, the Republican National Committee characterized the United Nations’ Agenda 21 as “destructive strategies for sustainable development.” Included in this resolution was the RNC’s condemnation of the “insidious nature” of Agenda 21, and the recommendation by the RNC to adopt this resolution at the 2012 RNC Convention. An increasing backlash against this 19-year-old nonbinding U.N. plan shows how a conspiracy theory can become part of a major party's platform.

How did a 40-chapter U.N. work plan on sustainable development, published in 1992, foster such a fervent backlash among conservative groups? Agenda 21, first revealed at the U.N. Conference on Environment and Development in Rio de Janeiro in 1992, aimed to address environmental and development concerns through global partnership initiatives. While the plan covered everything from the sharing of educational resources to strategies for economic and environmental development, conservative groups have focused primarily on its fourth section — titled “the means for implementation” — as revealing Agenda 21’s true and, for them, insidious nature.

While a recent New York Times article described anti-Agenda 21 activism as emerging roughly two years ago, the roots of the Agenda 21 conspiracy theory go back at least a decade. As early as 2002 Dr. Stanley Monteith, a Santa Cruz County, Calif., physician, who runs the conservative Christian website Radio Liberty, hosted a series of lectures on the dangers of Agenda 21. An insurance salesperson named  Joan Peros gave a nearly hour-long lecture on the perils of Agenda 21, warning, it “doesn’t matter which party is in power or control … some of our leaders totally understand and embrace the ushering in of a one-world order.”

The paranoia behind such fears was expressed by another guest lecturer on Monteith's program, Jean Soderman, a self-professed former participant in Local Agenda 21 planning in Santa Cruz. When asked whether Agenda 21 would be worse than what Hitler did, she responded, “Yes. We are controlled by computers now and it has been said … that they have been trying this for two times already … first with Hitler, and it is going to be much, much worse.”

Michael Shaw, also from Santa Cruz and founder of the anti-Agenda 21 website Freedom Advocates, gave a lecture in 2006 at the Eagle Forum Conference in Santa Rosa, titled “Speaking of Agenda 21.” Shaw spoke about the loss of property rights through the ruse of “sustainable development,” and described Agenda 21 as “political globalists … moving toward a form of … state capitalism.  It is an assault on land and that is where we have to stand up and protect our land.”

The anti-Agenda 21 critique entered the conservative mainstream in an October 2009 article in the American Thinker. Scott Strzelcky and Richard Rothschild charged that, through the implementation of “smart growth” initiatives,  Agenda 21 would  force people to relocate into highly urbanized areas — what anti-Agenda 21 activists commonly describe as “stack ‘em and pack ‘em” housing, evoking the image of Soviet-era East Berlin apartments. According to Strzelcky and Rothschild, Agenda 21 will ultimately lead to the demise of the suburban way of life.

Such concerns over the loss of private property rights are not a new phenomenon in the United States. The Wise Use movement in the West of the late 1980s brought together farmers, loggers, industries, religious groups, libertarians and conservatives to oppose the Endangered Species Act and other federal environment laws. According to investigative journalist Jeffery St. Clair, the Wise Use members saw themselves as players in “a high-stakes-chess game” against the environmental movement, whose members were “overtly carrying out a sinister master plan, a vast socialist experiment to depopulate the rural West.” When asked about the evolution of property rights movements, Jeffery St. Clair told me, “in the West, many of the Tea Party activists are the same old Wise Users in new hairstyles."

But while the Wise Use movement centered around protecting rural and federal lands from perceived government encroachment, anti-Agenda 21 activists are concerned that private property, for them an extension of one’s liberties and freedoms, will cease to exist entirely.

The movement really took off in July 2011 after Glenn Beck devoted a show to those “who had mastered the art of hiding it in plain sight and then dismissing it as a joke.” Beck held up  a copy of United Nations Earth Summit Agenda 21. “Sustainable development is just a really nice way of saying centralized control over all of human life on Planet Earth," he stated. "Whenever you start unraveling this, it is like an onion … its real intentions are being masked with environmental issues.”

With his patented chalkboard, Beck drew the web of connections that has been fueling Agenda 21 panic ever since: the activities of a group called the International Council for Local Environmental Initiatives, known as  ICLEI — or Local Agenda 21. Started in San Francisco in 1990, ICLEI’s primary goal is to provide consultation, training and information to support sustainable development at the local level.  For Anti-Agenda 21 activists, ICLEI is the real enemy.

As Andrew Cohen wrote in a recent article for the Atlantic:

You would think that the Tea Party, with its disdain for large government, would be delighted with the ICLEI's emphasis on "locally designed initiatives." No. To the "Agender" crowd, as they are called, the ICLEI is the local instrument by which the UN forces its "sustainability" agenda upon the U.S.

It's only within the last few months that the New York Times and the Atlantic have reported on this backlash by anti-Agenda 21 activists against local planning projects. Recently in Florida, a Tea Party group in Citrus County argued against the restriction of boating rights in Kings Bay (designed to protect the Kings Bay manatees). Edna Mattos, the leader of the Citrus County Tea Party Patriots, cited Agenda 21 as being behind this proposed restriction.

At the same time, Agenda 21 has become a talking point for presidential hopeful Newt Gingrich. Speaking in South Carolina on the perils of Agenda 21,  Gingrich decried what he called “taking control of your private property and turning it into a publicly controlled property.” Gingrich has also proposed an executive order "to cease all federal funding of any kind of activity that relates to United Nations Agenda 21." In addition, bills publicly condemning Agenda 21 have been introduced by Republican state representatives in Tennessee, New Hampshire and Georgia.

Anti-Agenda 21 rhetoric not only plays into fears over the declining suburban lifestyle, but has changed the vocabulary of city planners. Many of the planners that I have spoken with are taking to heart Andrew Whittemon’s recommendations to take the concerns of Agenda 21 more seriously and to speak more clearly.

Whittemon, a professor of planning at the University of Texas, Arlington, said, "Planners can avoid conflict by being explicit about the most direct harms coming to residents and businesses, giving attention to local solutions, and certainly dropping the jargon."

The impact of the movement is already felt. One city planner I spoke with, who wished to remain anonymous, told me: "The Agenda 21 accusations that we hear in public meetings are the most counterproductive to reaching consensus or middle ground in land use planning. So we are staying away from using words like ‘sustainable development.’"

Liam Hysjulien is a freelance writer. Reach him by e-mail at LiamHAIOTB@gmail.com and follow him on Twitter @Liam_Hysjulien.