The show tones itself down for its mid-season return. It should just embrace its crazy, exhausting self 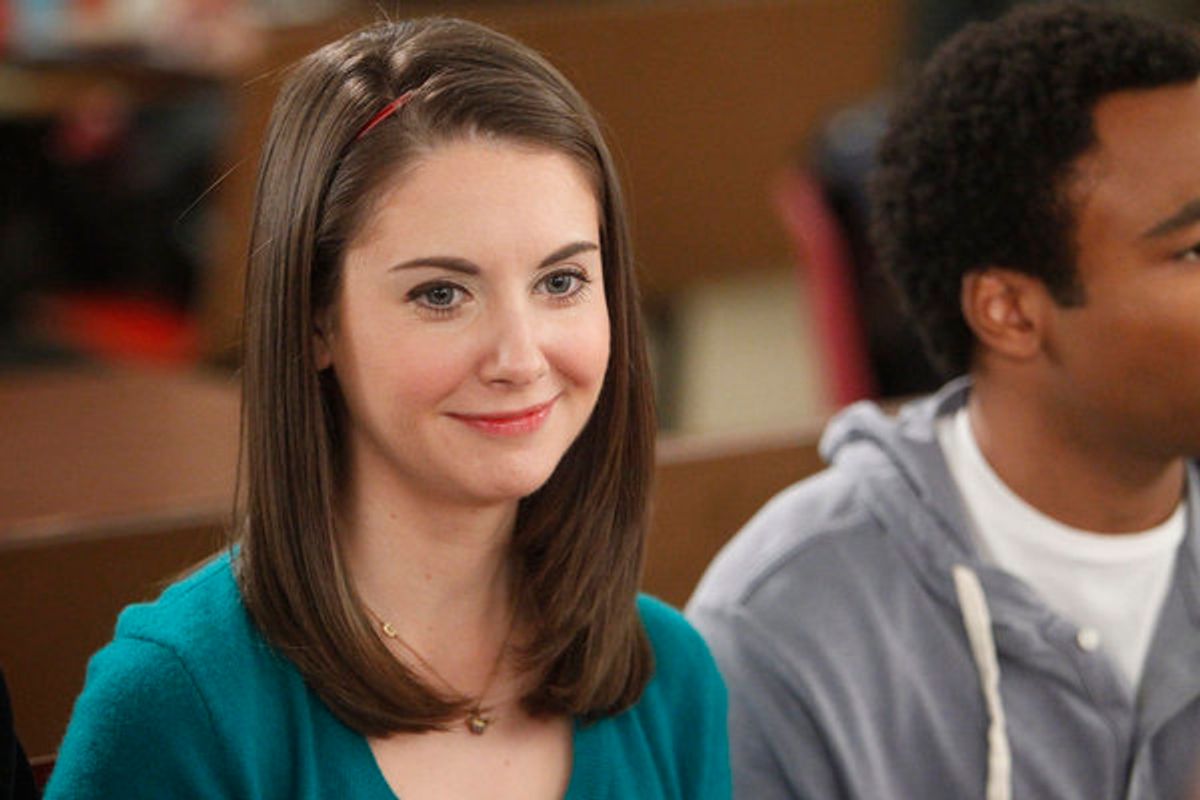 Confession: I have a case of "Community" fatigue. "Community," NBC’s low-rated, but passionately beloved, sitcom returned to the NBC lineup last night. It had been pulled from the schedule in December, kicking off another round of anxiety among fans, critics and the cast that the Greendale Study Group might not be back for a fourth season next fall. In the lead-up to last night’s episode, the "Community" faithful hectored anyone and everyone who appreciates good television to help save the show and boost "Community" to the ultimate goal, that longed-for TV state: six seasons and a movie.

"Community" is a wonderful, unique television show, ambitious and rare beyond measure, astonishing for the ways that it has bent and busted the limits of the genre and for the unflagging, unending energy with which it has done so. But the passion in certain parts— the parts where a TV critic spends her time— has reached such a pitch that just liking "Community" feels inadequate. I imagine it’s a little bit like attending an N’ Sync concert in the late '90s if you only sort of enjoyed “Bye Bye Bye.” Everyone around you would be screaming, fainting, eager to explain why this was the best boy band ever, and ready to get in a fist-fight if you had a bad word to say about Chris Kirkpatrick’s hair or how he seems a little fundamentally unlikable. (Please understand, I don’t mean to insult "Community" or its fans by comparing either to the boy band of yore. Have you seen what teenage girls are capable of, passion-wise? If "Community" had that kind of support, we’d be talking 20 seasons and eight movies.)

All this zeal is exhausting. And it makes me feel like a Grinch for saying that last night’s low-energy episode, “Urban Matrimony and the Sandwich Arts,” wouldn’t even make it onto the third volume of "Community’s" greatest hits. (But Britta’s hair did look very nice!)

In an interview "Community"-creator Dan Harmon did with the AV Club about last season, he confessed that in making 22 episodes of TV a year, some of the episodes just get crammed through to meet the schedule’s insane deadlines. (Keeping up with this frenetic pace is something all shows deal with.) Because last night’s was the first after such a long hiatus, and so carefully riffed on the show’s reputation for weirdness, it’s unlikely that this was one of those episodes, and yet … it played like one. Not every episode of "Community" has to be a send-up of all action movies, created entirely in claymation, contain multiple different realities, or be a gonzo riff on "My Dinner With Andre," but they are all supposed to be funny. I chuckled out loud twice (and actually clapped when Theo Huxtable danced to "Motown Philly").

In many ways the episode was a very savvy, good faith, if probably not very successful, attempt to appeal to new viewers. The plot was as unalienating and classic as a comedy plot can be: It ended in a marriage. Shirley and her ex-husband Andre decide to get hitched again, just as Shirley and Pierce decide to start a sandwich business together. Britta ends up planning the wedding and realizes she’s very good at it; Jeff has to give the toast and realizes he’s very bad at it; Annie runs around trying to help people; and Abed and Troy decide to be “normal.” It is this last subplot -- Troy and Abed’s attempt to “de-whimsify” themselves -- that provides this episode with "Community’s" standard dose of meta-narrative. Troy and Abed are standing in for the show as it tries to behave in a “normal” way.

But just as Shirley's husband, Andre ("The Cosby Show's" Warner), doesn’t buy Troy and Abed’s attempts at normalcy — “Hey, man, you don’t have to be sarcastic,” he says to Abed — I'm not sure a newer viewer would either. By the end of this episode Britta is sobbing about how she’s destined to get married because it’s in her DNA (“This may shock you, Annie, but I come from a long line of wives and mothers”); Jeff is sobbing about how marriage is a lie; Pierce, in the Gordon Gekko outfit he’s been wearing all episode, is cackling drunkenly on his father’s grave; and Troy and Abed are talking like characters from "Inspektor Spacetime."

"Community" is not normal, and being not normal is what it does best. However well executed the more muted episodes are, the big, insane spectacles are what make "Community" so special. At this point, it should play to its base, the people who know and love it for being so unconventional. Thankfully, at the end of the episode Troy admonished Abed, “We need to be weird!” So, presumably "Community" will be back to full-weird and whimsy next week. I'll rest up for it.