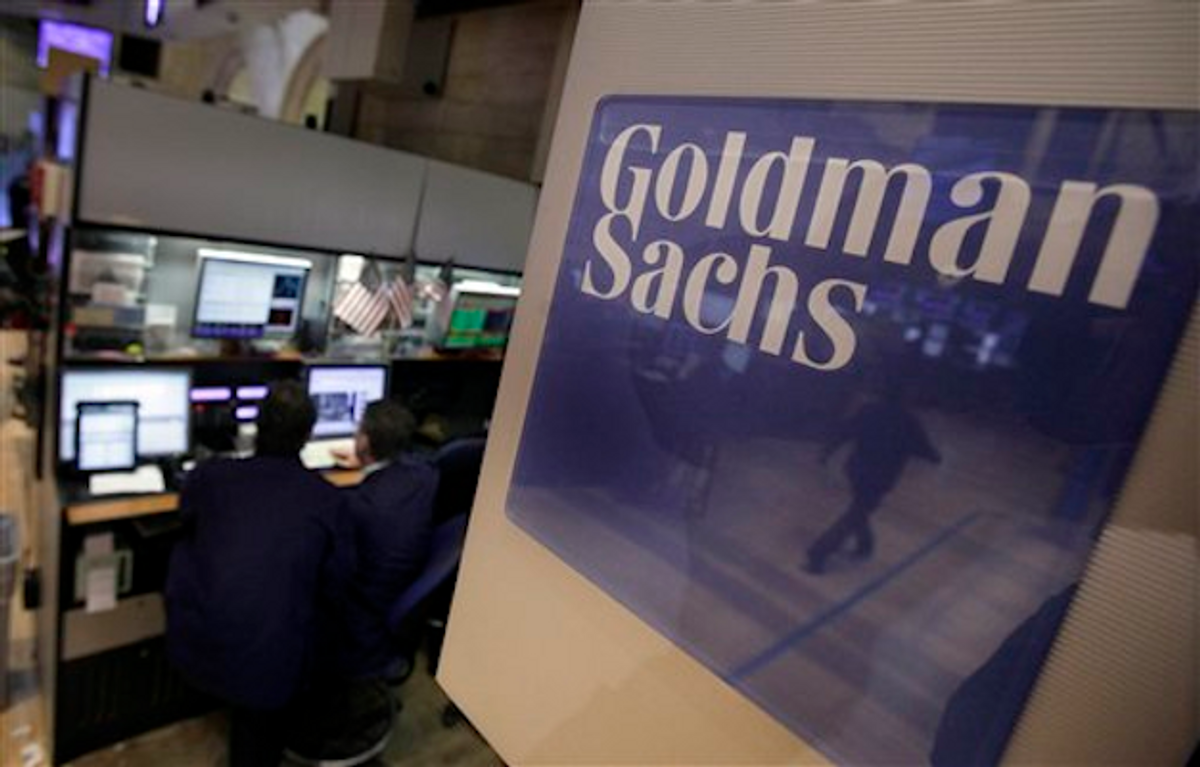 Greg Smith, a Goldman Sachs vice president, resigned his post Wednesday with a stinging public rebuke of the firm on the op-ed page of the New York Times — accusing it of no longer putting its clients before its own pecuniary goals.

But if Mr. Smith believes his experience at Goldman is something new, he doesn’t know history. In 1928, Goldman Sachs and Company created the Goldman Sachs Trading Corporation, which promptly went on a speculative binge, luring innocent investors along the way. In the Great Crash of 1929, Goldman’s investors lost their shirts but Goldman kept its hefty fees.

If Mr. Smith believes such disregard of investors is unique to Goldman, he doesn’t know the rest of Wall Street. In the late 1920s, National City Bank, which eventually would become Citigroup, repackaged bad Latin American debt as new securities which it then sold to investors no less gullible than Goldman Sachs’s. After the Great Crash of 1929, National City’s top executives helped themselves to the bank’s remaining assets as interest-free loans while their investors and depositors were left with pieces of paper worth a tiny fraction of what they paid for them.

The problem isn’t excessive greed. If you took the greed out of Wall Street all you’d have left is pavement. The problem is endemic abuse of power and trust. When bubbles are forming, all but the most sophisticated investors can be easily duped into thinking they’ll get rich by putting their money into the hands of brand-named investment bankers.

Moreover, finance has become so complex that investors don’t even know when they’re being taken for a ride, and so can’t possibly hold a brand-name bank responsible for their losses – or for gains that are a fraction of what they might otherwise have been.

That’s why we have regulations. After millions of investors lost everything in 1929, the federal government stepped into the breach with the Securities Acts of 1933 and 1934 and the Banking Act of 1933, sponsored by Senator Carter Glass and Congressman Henry Steagall.

But starting in the 1970s and 1980s, Wall Street made sure these and the regulations issued under them were steadily watered down – which contributed to the junk-bond and insider trading scandals of the 1980s, the dot-com scams of the late 1990s and early 2000s, the Wall-Street enablers of Enron and other corporate looters, and the wild excesses that led to the crash of 2008.

Wall Street’s shenanigans have convinced a large portion of America that the economic game is rigged. Yet capitalism depends on trust. Without trust, people avoid even sensible economic risks. And when they think the game is rigged, they’re easy prey for political demagogues with fast tongues and dumb ideas.

The Street has only itself to blame. It should have welcomed new financial regulation as a means of restoring public trust. Instead, it lobbied intensely against the new Dodd-Frank Act and refused to resurrect Glass-Steagall.

The cost of such cynicism has leached deep into America, finding expression in Tea Partiers and Occupiers and millions of others who think the Street has sold us out.