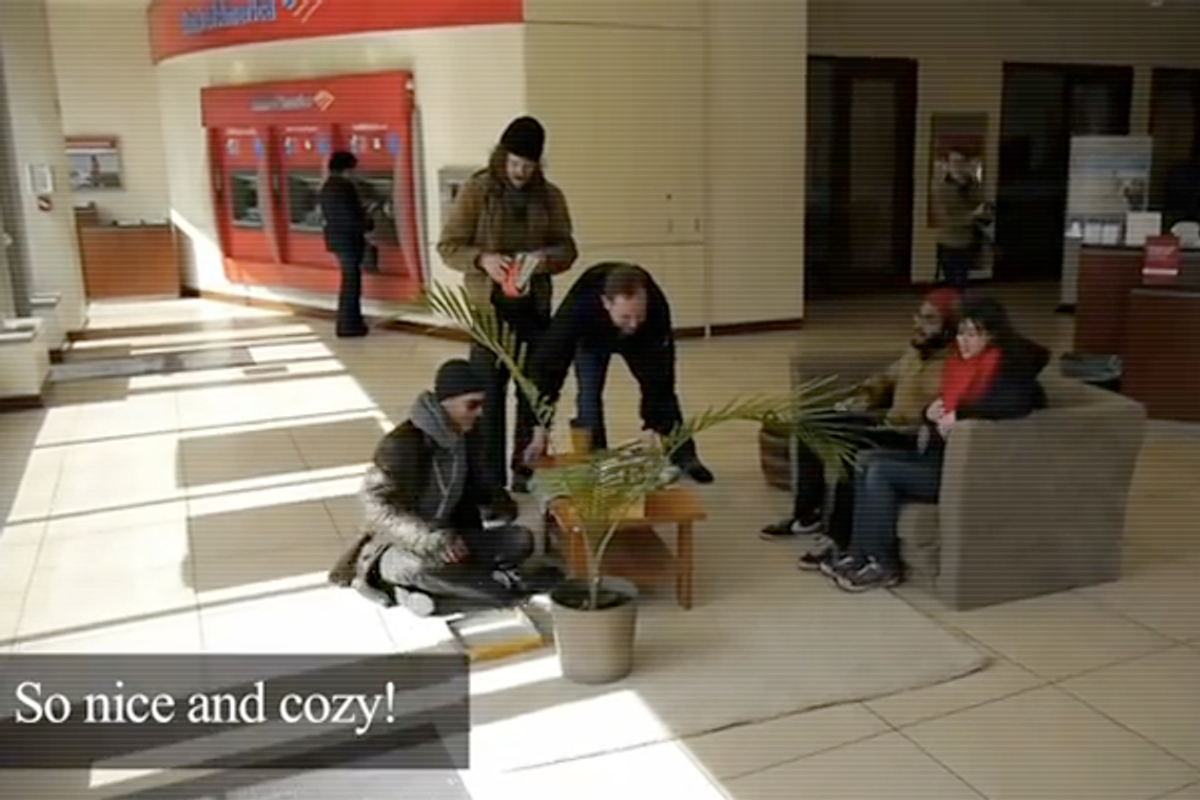 Five arrests, furniture impounded, anti-capitalist sentiment, street theater and vast police accompaniment: All in a day's work for Occupy Wall Street as it builds back up regular actions for a spring resurgence.

On Wednesday around 100 Occupy supporters, matched by at least as many police, met by the water's edge in downtown Manhattan and marched to a Bank of America branch nearby for a spectacle-heavy action as a part of the #FightBAC campaign aimed at bringing down BofA.

Once at the bank, a handful of protesters ran to a removal truck purposefully idling on the street corner. From it came a couple of sofas, chairs, a rickety armoire, a coffee table and a few lamps. The occupiers set up the living room suite directly in front of bank branch and took a few moments to lounge before NYPD officers surrounded them. The chants of "this is a peaceful protest," as usual, were of little use against arrests and a loss of furniture to police custody.

As a thick police line gathered in front of the bank branch (as if to give an answer, through unambiguous action, to the popular chant levied at police of "who do you protect, who do you serve?") the marchers backed away and headed to Zuccotti Park (or "home" as one Occupy supporter called it) for a brief celebration to the tune of the chant, "Spring is coming."

Stay tuned for updates on #FightBAC actions in other U.S. cities, and watch the delightful video below to get a feel for the campaign: