In the Rutgers suicide case, the gay teen\'s roommate was found guilty of hate crimes but not of bias intimidation 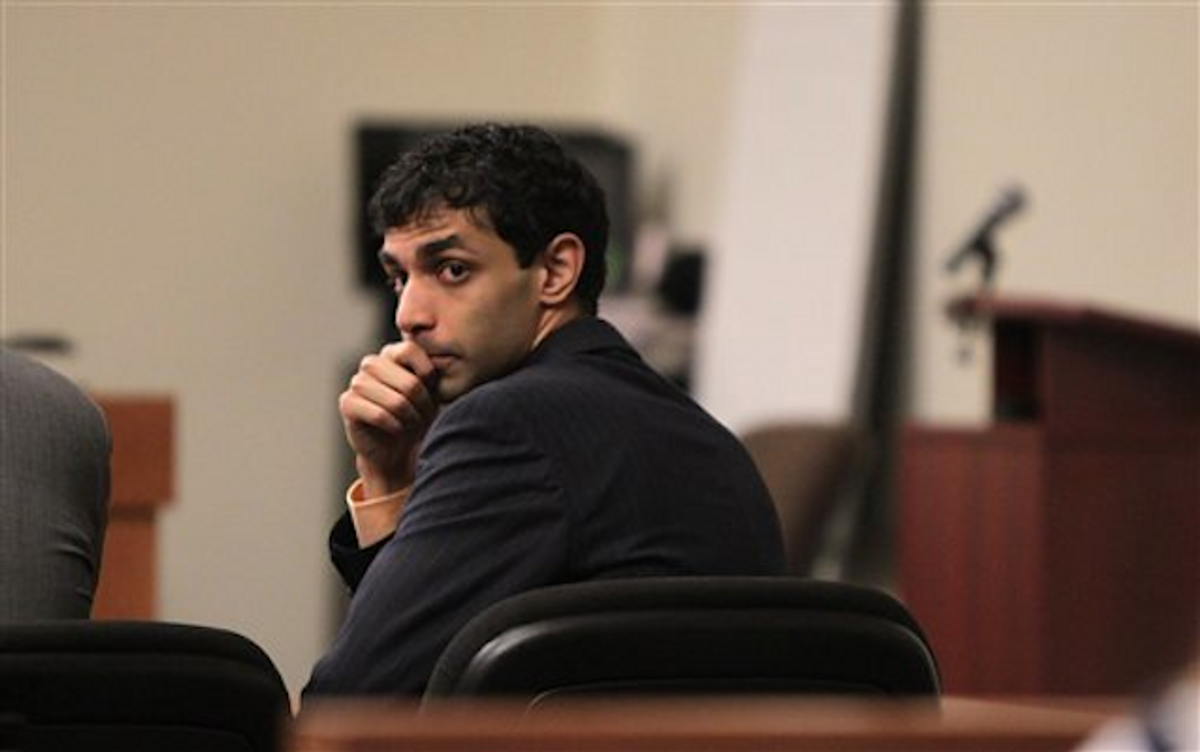 Dharun Ravi waits for the judge to explain the law to the jury before they begin their deliberations during his trial at the Middlesex County Courthouse in New Brunswick, N.J. on Wednesday, March 14, 2012 (AP Photo/The Star-Ledger, John O'Boyle, Pool)
--

Dharun Ravi, a 20-year-old former Rutgers University student, was found guilty by jurors today for invading his late roommate Tyler Clementi's privacy. He was also found guilty for hate crimes, along with other charges. But the jury found that he was not guilty of bias intimidation, CNN reported.

Ravi could face up to 10 years in prison. Because he is not a U.S. citizen, he could also be forced to leave the country, ABC News reported.

In 2010, when Ravi and Clementi were both college freshmen, Ravi secretly recorded Clementi kissing another man with a webcam. Clementi later committed suicide by jumping off the George Washington Bridge. The case has sparked outrage among anti-bullying and gay-rights groups.

The case is also credited with inspiring Dan Savage's popular "It Gets Better" campaign, which aims to help teenagers who are bullied because of their sexual preferences.

But Ravi was not actually charged for Clementi's death, the New York Times reported. Instead prosecutors had accused Ravi of invasion of privacy, bias intimidation, tampering with evidence and a witness, and hindering apprehension, the Times said.

The jury concluded today that Ravi was not trying to intimidate Clementi when he first watched him kissing another man on his webcam. But the jury also found that Ravi had only filmed Clementi because he was gay.

The Times noted that the case is unique because the jurors were forced to go into both Clementi's and Ravi's heads in order to determine if Clementi felt intimidated, and also if Ravi was biased against gay people. The court attempted to resolve such questions by having jurors read old text messages and online messages that the roommates had sent.

A lengthy New Yorker profile of the case from February reported that Ravi had texted Clementi an apology for the webcam spying. In the text, Ravi also told Clementi that he had no problem with the fact that he was gay. But at that point, Clementi had already jumped to his death.