Who hires a hate group to lead a school assembly? 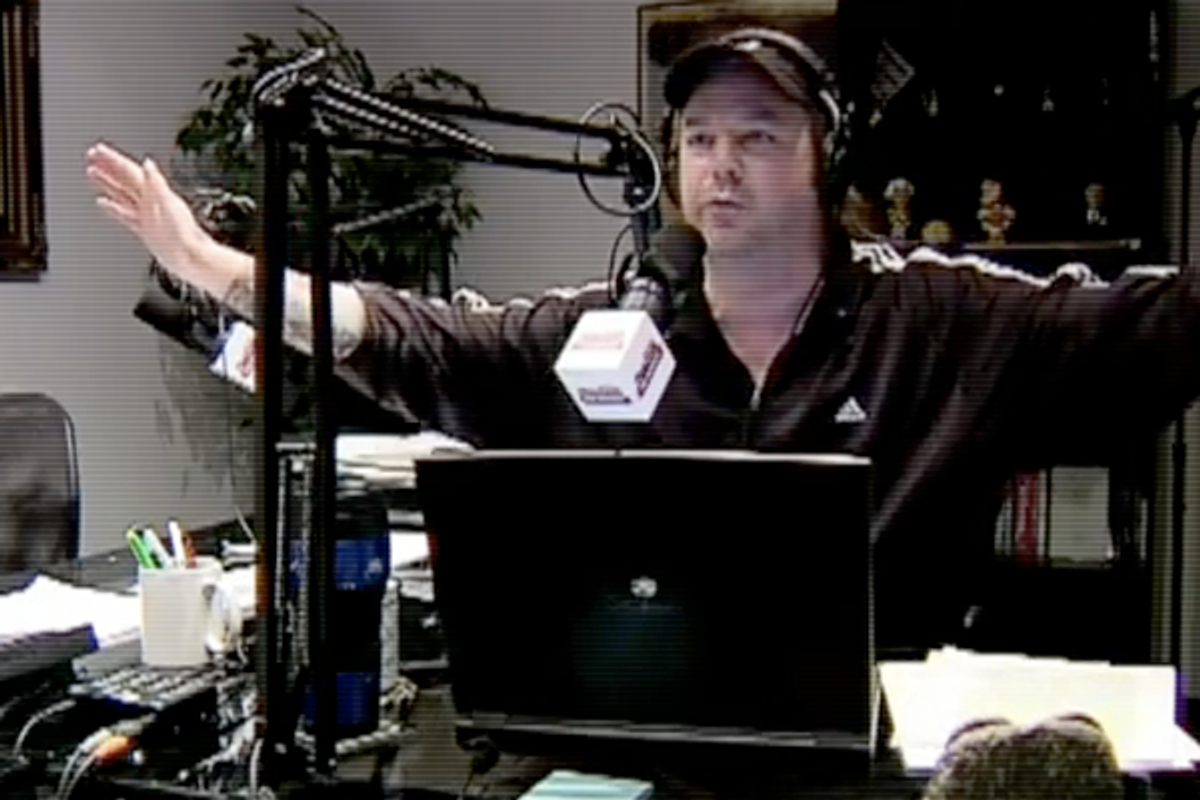 In the annals of horrible school assemblies, what happened last week at Iowa's Dunkerton High School may go down as the all-time champ. How bad was the presentation by Bradlee Dean and his Junkyard Prophet band? It was "oops, we hired a hate group" bad.

The ill-fated presentation made headlines around the country this week after it was revealed that Dean peppered his motivational speech with warnings that girls who aren't virgins will have "mud on their wedding dresses," called homosexuality "sexual deviancy," and showed the kids pictures of aborted fetuses and AIDS patients. Four faculty members allegedly walked out during the presentation – though, unfortunately, none appear to have had the wisdom to take the students with them. Adding to the disgust over the event was the news that Dean was given free rein to gas on to the students for a stunning three and a half hours. Wow, that sounds just like something Rick Santorum would call attempted indoctrination.

It didn't take long for word of Dean's grotesque presentation to get around – helped by the fact that his organization proudly posted clips of it on YouTube. It's a jaw-dropping performance, one in which Dean tells students that "Planned Parenthood gives you coupons to get abortions" and declares, "The average age death of a homosexual male is 42 years old. Yeah, his actions literally kill him … Up until 1961 [homosexuality] was illegal in all 50 states. In 1973 they taught it was a mental illness. Now what are they teaching you?" Apparently if you're a student at Dunkerton, they're teaching you gibberish that Bradlee Dean pulled out of his delusional brain.

Up until now, Dean's main claim to fame his been his close association with his fellow crazy-eyed windbag Michele Bachmann, a woman who has in the past publicly prayed for Dean's "ministry" by asking the good Lord to "to advance them from 260 schools a year, Lord, to 2,600 schools a year."

Yet not all schools are psyched to have the poor man's Bret Michaels show them pictures of aborted fetuses. And on Monday, the school's principal, Mike Cooper, is set to turn in his resignation, though the district claims that move had been "in the works" for weeks. The community was so outraged about Dean's horror show that Dean somehow managed to wrangle even more attention for it with a follow-up "community conversation" in neighboring Elk Run Heights a few nights later. "You have to understand that we are radical for righteousness," Dean told the group, by way of explanation.

But it's a little difficult for a school system to maintain its credibility after booking the leader of the officially certified hate group You Can Run But You Cannot Hide. What's really alarming about the whole ugly display is the way in which Dean, with his flame-licked van and his '80s-era heavy metal hair, brags of speaking at "over 300 schools, arenas, and outreach events" throughout our "purified republic" on his website, making it clear that his brand of fiery nonsense has gone largely unchallenged in plenty of other venues.

How does Dean get away with it?

There seems to be a strong element of dumb luck and calculated misleading on Dean's part, and, pathetically, administrative laziness on that of the schools. There are tales going back nearly 10 years of schools and students being sucker-punched by Dean's routine. A 2007 story from the Minnesota Independent chronicles several of Dean's ruses, including a 2003 appearance in Benton, Wis., that was so bad that the school principal later had to do an apologetic counter-assembly to defuse it. There's also a creepy 2005 Arkansas performance that the school board president said had been peddled as anti-drug lecture. All of which leads to the question: Doesn't anybody ever check this guy out before saying, "Here, we'll grant you a captive audience for a few hours"?

For his part, Dean insists that his appearance at Dunkerton High was "a legitimate and challenging presentation" and that he is "100 percent certain" God appreciated his efforts. Considering that's coming from a guy who goes into public schools to tell students that  evolution is "absolutely ridiculous," I'm sure God is thrilled. And fortunately for Dean, as long as there are school principals who don't know how to Google before booking a hatemonger to speak to their kids, he's going to go right on giving kids the "facts," just as he creatively interprets them.