Did MTV just order a sixth season of "Jersey Shore" or "The Truman Show"? 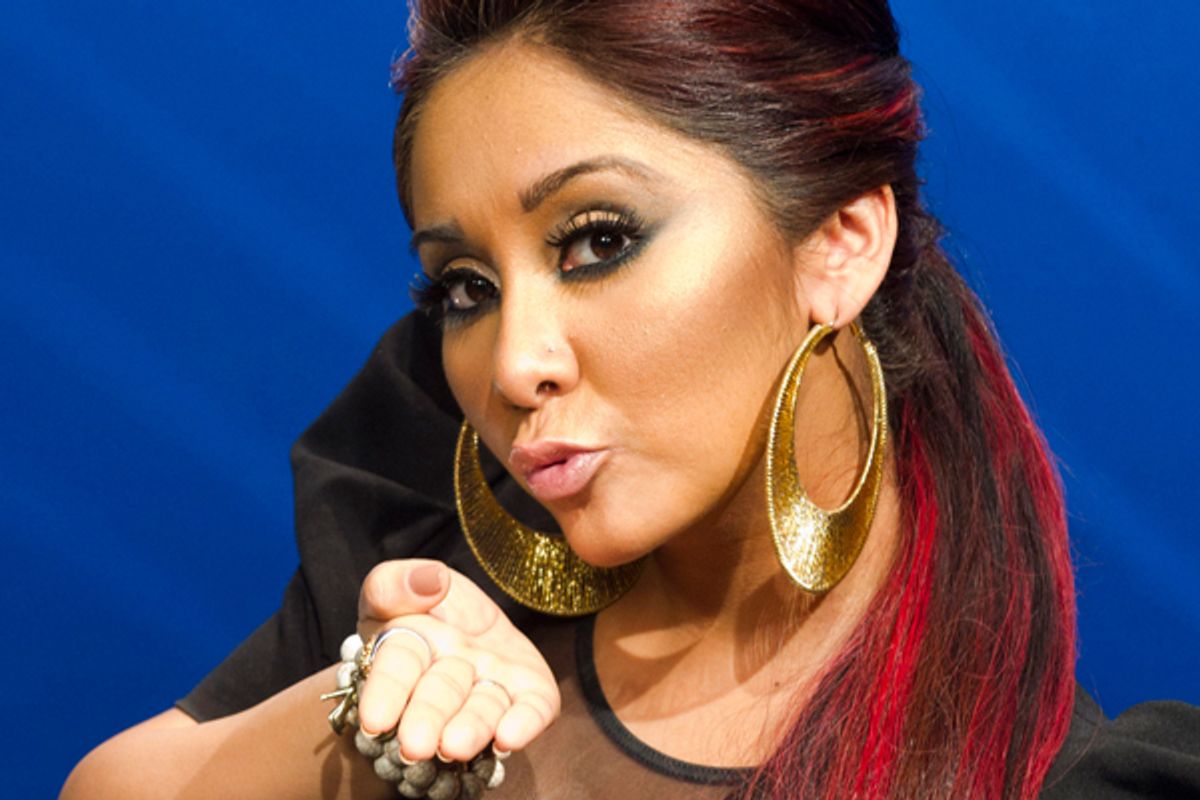 MTV just announced that "Jersey Shore" will be back for a sixth season ("gets ready for fist pumps and baby bumps") to be filmed this summer in the show's standard stomping grounds of Seaside Heights, N.J. What this means: We will all have the opportunity to watch  Nicole "Snooki" Polizzi go through her second trimester in a house with a "smoosh room" and a plumbing system so broken down it makes open sewers look like a technological advancement. Oh, and also, we're watching the prologue to yet another installment of "The Truman Show."

Once you get past the surprise (has a "Jersey Shore" cast member ever been sober on camera for longer than 24 hours?),  it seems clear that a sixth season of "Shore" is going ahead not in spite of Snooki's pregnancy, but because of it. The fifth season, which just wrapped up last week, had taken a significant dip in the ratings — apparently there is a limit to how many times most people can watch the "Shore" cast members get wasted, go to Karma, and say derogatory things about people before sleeping with them — and the cast seemed exhausted and bored, almost out of the over-the-top antics, pratfalls and wordplay that has made "Shore" such a riveting spectacle. But Snooki's pregnancy provides a whole new set of story lines: Imagine the episodes about Snooki's (fingers crossed!) sobriety intercut with group trips to the toy store and Lamaze classes, peppered by raunchy conversations about episiotomies.

Jokes aside, that's a kid she's bringing into the world, automatically making this new season of "Jersey Shore" orders of magnitude more serious than any that have come before. By agreeing to do the sixth season, something she had seemed hesitant about in the recent Us Weekly cover story about her pregnancy, Snooki is signaling that she, and her child, are likely to be in this reality TV game for the long haul. (This is, after all, how she makes her very lucrative living.) The Snookus, therefore, will join that ever expanding group of children, which already includes the Duggars, the Gosselins, Mason Kardashian, the kids on "Teen Mom," the children of Rachel Zoe and Tori Spelling, among others, who will have spent huge chunks of their lives in front of a camera, not entirely by their own choice. And not really by our choice, either.

Whether we want to or not, we're going to be watching some of these children grow up. In the real life version of 'The Truman Show," someone isn't just stuck being filmed — we're stuck watching as well.