How much gasoline is a GOP primary voter worth? 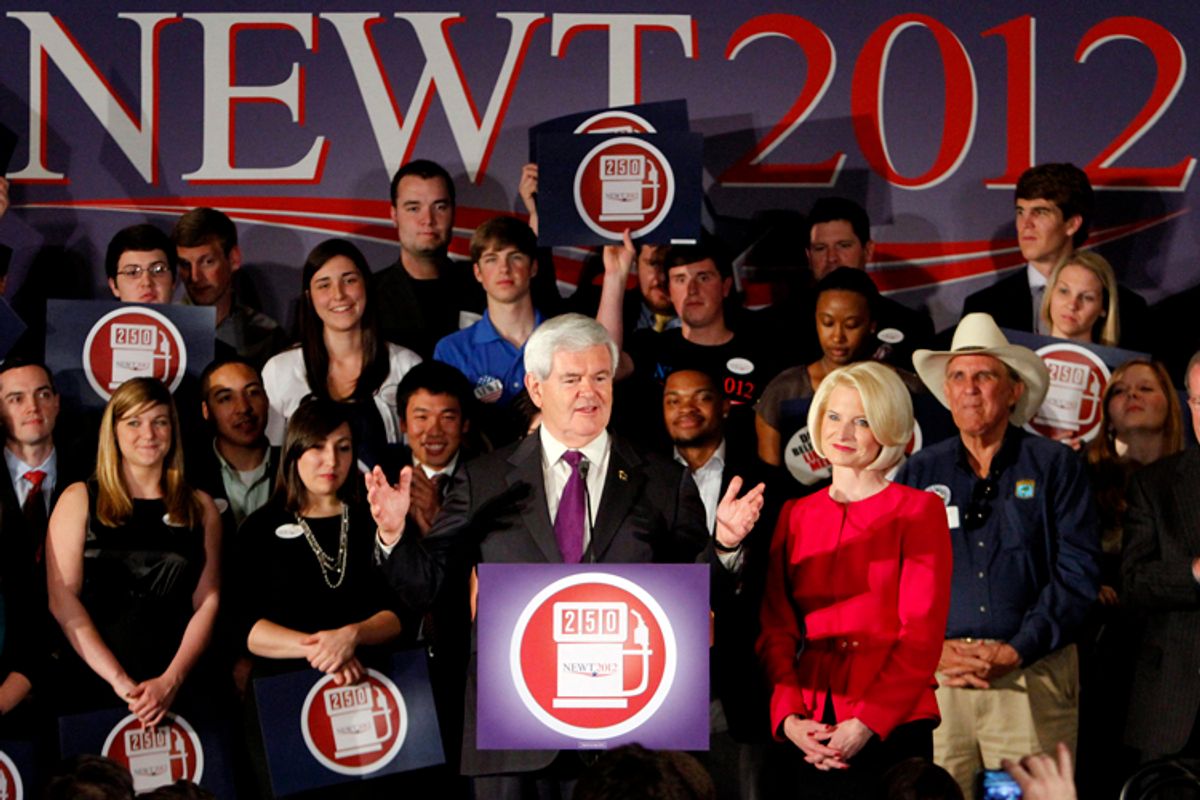 The rising price of gas has become a pressing political concern, with Republicans hammering President Obama for not finding some way to bring prices down. Newt Gingrich has promised to bring the cost of gas down to $2.50, using space technology borrowed from native Martians at our Lunar Trading Post, and he has forced his followers to carry large totems featuring "gas pump" icons.

But as gas prices have soared since the beginning of the year, the cost of a Republican primary vote has plummeted. A few months ago, campaigns were spending a fortune in ad buys and organizations in the small early states. In Iowa, Mitt Romney and the PACs affiliated with his campaign spent around $144 for each vote received. By Florida that number was down to $19. On Super Tuesday, only $2.89 was spent by each campaign for each vote cast nationwide.

Here is the average price of a gallon of regular unleaded versus the average amount spent by all the Republican campaigns per vote cast in each primary and caucus so far: (Click all images to enlarge.) The same chart, without pricey Iowa distorting the scale: As you can see, the price of gas has actually barely budged and everyone should calm down.

I've charted how many gallons of gas each campaign could've bought with the money spent per vote received so far. (For example: Ron Paul has spent approximately $31.55 for every vote received. This makes each one of his voters worth a whopping 8.24 gallons!) In primary battles, as in all aspects of life under capitalism, some people are worth more than others. Delegates, for example. While Mitt Romney has spent about $17 per vote received, he has spent $67,000 for each delegate he's been awarded. So I added Romney delegates to the preceding chart, in order to properly illustrate just how worthless your vote actually is: Data from a variety of sources, including the U.S. Department of Energy, AAA, the Associated Press, the Washington Post, and the New York Times.