Despite the candidate's rhetoric, his pledge to renew obscenity prosecutions has nothing to do with children 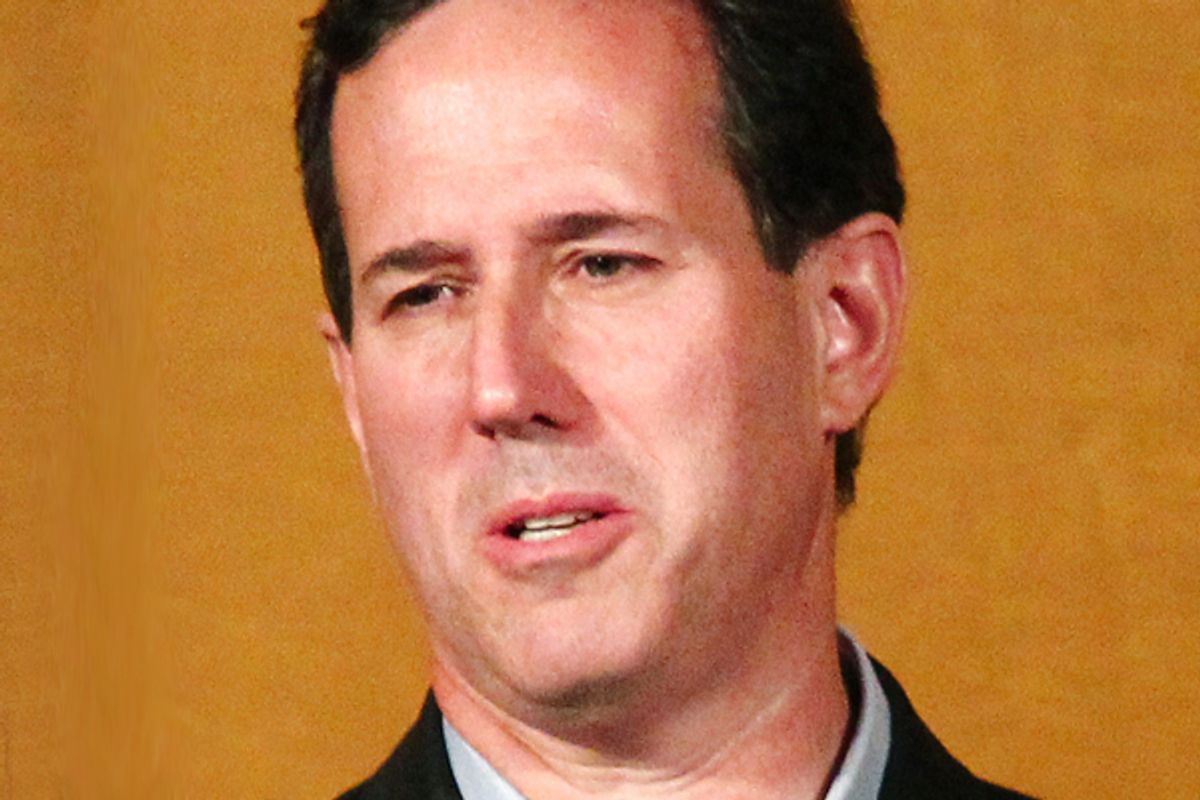 After publishing an anti-pornography pledge on his website last week, Rick Santorum courted questions this weekend about how, exactly, he plans to attack smut. He didn't make it clear and instead continued to rely on vague rhetoric about the threat to children.

On CNN's "State of the Union" Sunday, he said, "Under the Bush administration, pornographers were prosecuted much more rigorously than they are ... under the Obama administration." He added, "My conclusion is they have not put a priority on prosecuting these cases, and in doing so, they are exposing children to a tremendous amount of harm. And that to me says they're putting the unenforcement of this law and putting children at risk as a result of that."

Let's be clear here: The Obama administration continues to prosecute child pornography just as the Bush administration did. The real change is in obscenity prosecutions involving consenting adults: As I've written about before, the Obama administration hasn't put a priority on these cases. Three holdover cases from the Bush years have been prosecuted, and to pathetic ends: a plea bargain with no prison time, a dismissal and, most recently, a mistrial. It's hard to see how those cases – the very best the Department of Justice could find – were a good use of taxpayers' dollars.