Maine's probable next senator doesn't quite get how "caucusing" works 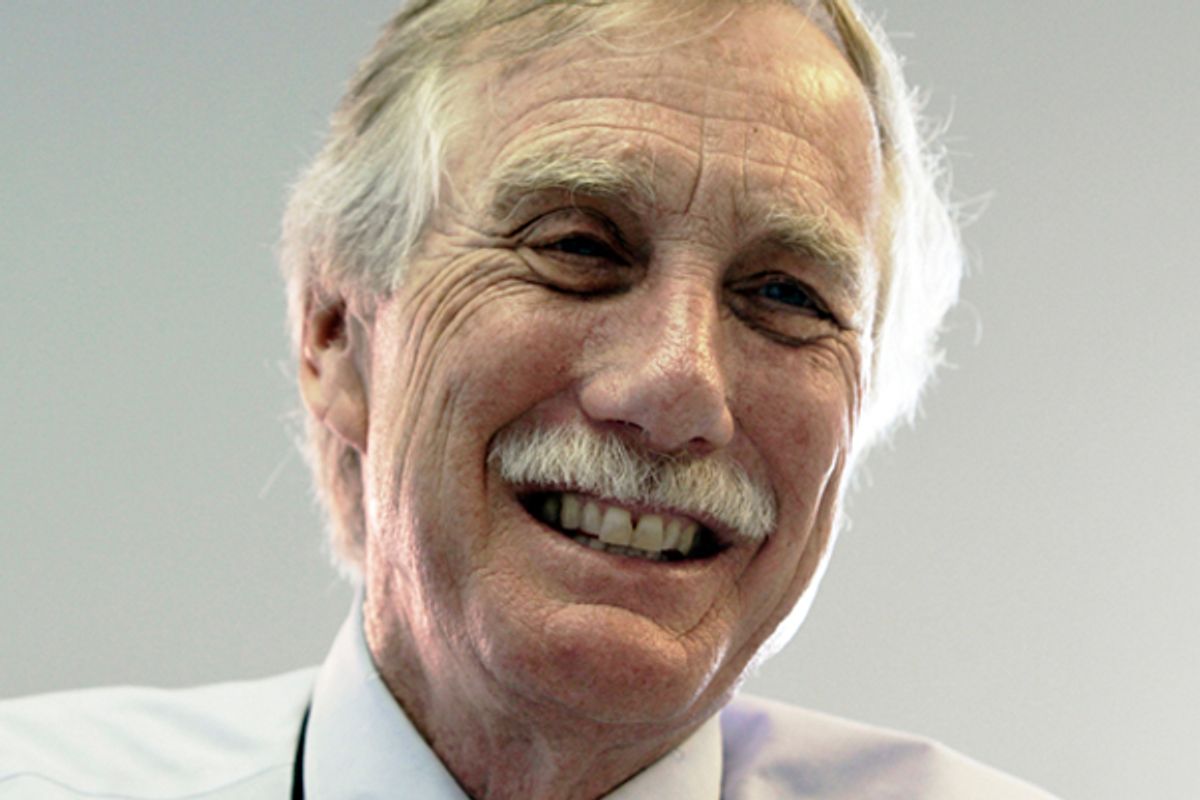 You know what, Maine? If you're not going to take this "electing U.S. senators" thing seriously, maybe we'll stop letting you have senators. (Ha ha, just kidding, all the states get to have two senators, no matter what, even if they have a population a quarter the size of California's second-largest city, or if they insist on making one of those senators Chuck Schumer.)

Olympia Snowe, the moderate Republican, is leaving the Senate, because the Republicans were probably going to primary her. Former Maine Gov. Angus King has decided to run, which led his friend Chellie Pingree, a Democratic member of Congress, to decide not to run. King is an independent, and a three-way race could've given the seat to a Republican, because in addition to insisting that every state get two senators, most of the United States also refuses to do ranked or instant-runoff voting.

But if King is elected, who will he caucus with? The Democrats, because he endorsed Barack Obama and supports renewable energy? Or the Republicans, because he is an old white guy with a mustache? King says neither. He's just that independent.

Unfortunately, that's just not really how being in the Senate works, at least if you actually want to have any power at all. Independent Sens. Bernie Sanders and Joe Lieberman tried to explain this in an interview with MaineToday. You see, if you don't caucus with either party, you don't get committee assignments, and the committees are where the Senate actually does what little "legislating" work it manages to get done.

As David Nir says at Kos, it seems pretty obvious that King doesn't know what "caucus with" means. But he has maybe seen the error of his ways! Maybe:

While his goal is to maintain independence as a way of trying to break the gridlock in Washington, he wants to be the most powerful voice for Maine possible, he said.

So while his preference is not to join either caucus, "that may not be possible," King said.

Well, good luck with this, King. It's too bad your brilliant plan to end gridlock by not aligning yourself with either party was foiled by a technicality like that, because it seemed guaranteed to work otherwise.