Mitt Romney and the agony of victory 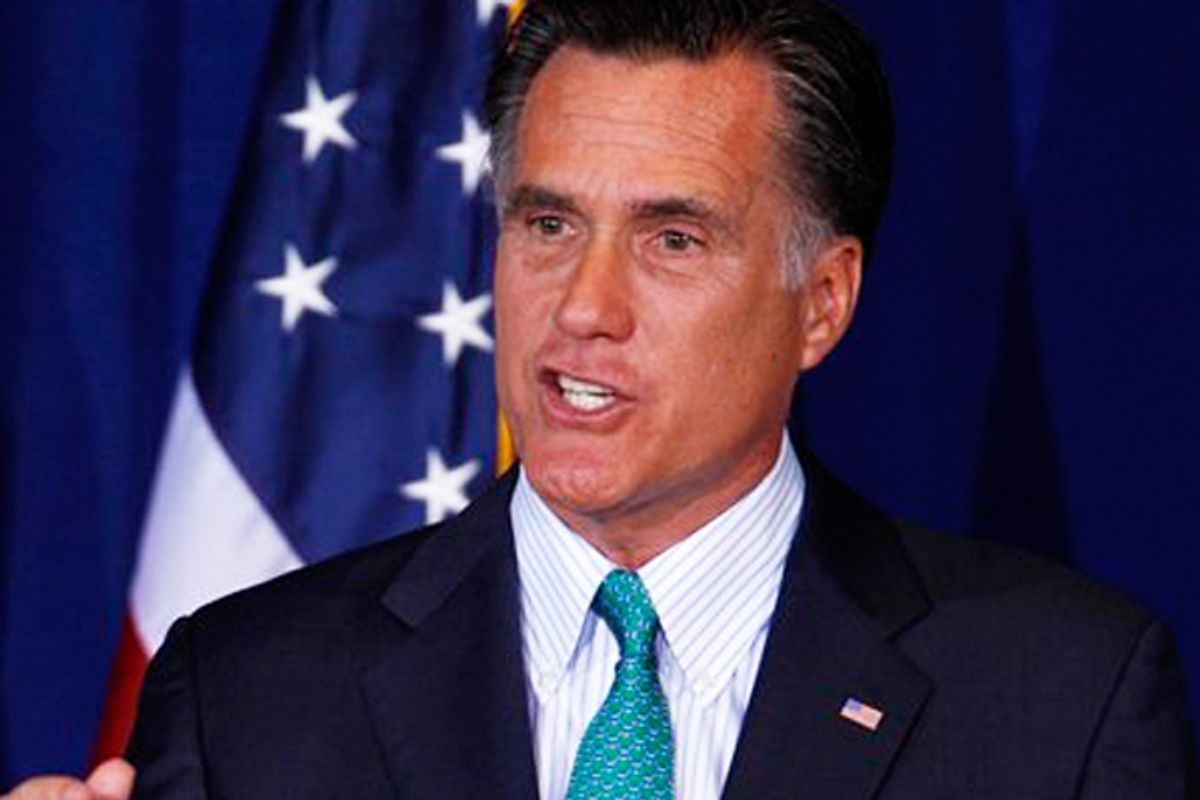 Illinois fits the profile of a Mitt Romney state -- big and blue and with a Republican Party in which culturally moderate suburbanites tend to hold more sway than rural evangelical Christians. So the fact that Romney rolled up big margins in the collar counties outside Chicago en route to a solid statewide victory over Rick Santorum Tuesday night may simply speak to the power of math in the GOP race.

And if that's the case, then this win will not provide Romney with the magic ingredient that's eluded him every other time he's posted a seemingly dramatic victory this year: momentum.

This has been the story of the 2012 GOP race. Romney has won in blue states, in blue areas of swing states, in states with outsize Mormon populations and less-pronounced Christian conservative influence, among higher income voters and in U.S. territories that can't vote in the general election. Combined with a well-funded and thoroughly professional campaign organization, this has added up to a steady stream of primary and caucus victories and a clear lead in the delegate race for Romney.

But that success, and the sense of inevitability that it has created, hasn’t spilled over to states where the most conservative elements of the Republican Party predominate, creating what has been a maddening pattern for Romney of breakthrough win followed by humiliating loss.

Nothing in the Illinois exit polling data suggests this pattern is about to change. Just consider the evangelical factor. Forty-two percent of Tuesday’s GOP voters called themselves born-again or evangelical Christians. Among these voters, Santorum beat Romney by 10 points, 47 to 37 percent. Among non-evangelicals, Romney won by 27 points, 53 to 26.

This was more than enough for Romney to win Illinois, but the next contest on the docket – Louisiana on Saturday – is a different story. In 2008, 59 percent of GOP primary voters there called themselves evangelicals, lifting Mike Huckabee to a two-point win over John McCain. Not surprisingly, a poll released Tuesday afternoon showed Romney trailing Santorum by 13 points in the state, 37 to 24 percent. So even though he added to his delegate lead and got to deliver a cheery victory speech Tuesday night, Romney may be just a few days away from facing another round of negative headlines about his party base’s refusal to accept him as its nominee.

Previous Republican nominees just haven’t faced this kind of resistance. The GOP base was hardly wild about John McCain, Bob Dole and George H.W. Bush, but it rallied around them when they scored a few big victories early in the primary season. With Romney, conservatives – particularly rural religious conservatives – have simply refused to do so.

So is there any reason for Romney to feel good after his Illinois win? Well, sure. For one thing, the result also confirmed that Santorum faces a cultural and demographic ceiling. His wins in Alabama and Mississippi last week revived his campaign and pushed Newt Gingrich further to the margins, giving Santorum a chance at the one-on-one shot against Romney that he’s always wanted.

Illinois wasn’t a natural fit for him, but conservatives in the state have pulled off upsets in statewide primaries before. Santorum was unable to expand his base, though. Which means he faces likely defeats in some major upcoming tests, like Maryland, New York and Connecticut. He could even have some trouble in his home state, Pennsylvania. It seems clear now that there’s not going to be a late tidal wave of support for Santorum. Like Romney, he’s well-positioned in some states, and poorly positioned in others.

This means that Romney is still on track to finish the primary season as the clear delegate leader, with a good chance of reaching the magic number sometime in late spring. But he’d love for the race to reach its psychological end long before that – for the political world, and his rivals, to acknowledge him as the presumptive nominee and to begin repositioning himself for a fall campaign against Barack Obama. For this to happen, Romney needs to win somewhere where the numbers aren’t stacked in his favor like they were in Illinois.

He’ll have another chance to do this in Louisiana this weekend. If you believe this GOP race is defined solely by math, then Romney will probably fall short, and his agony will continue. But if you think momentum can still play a role, then Romney could be close to putting Santorum in the rearview window once and for all.