When parents drug their kids

Antihistamines can knock out even the loudest child on a plane. Is it safe -- or just bad parenting? 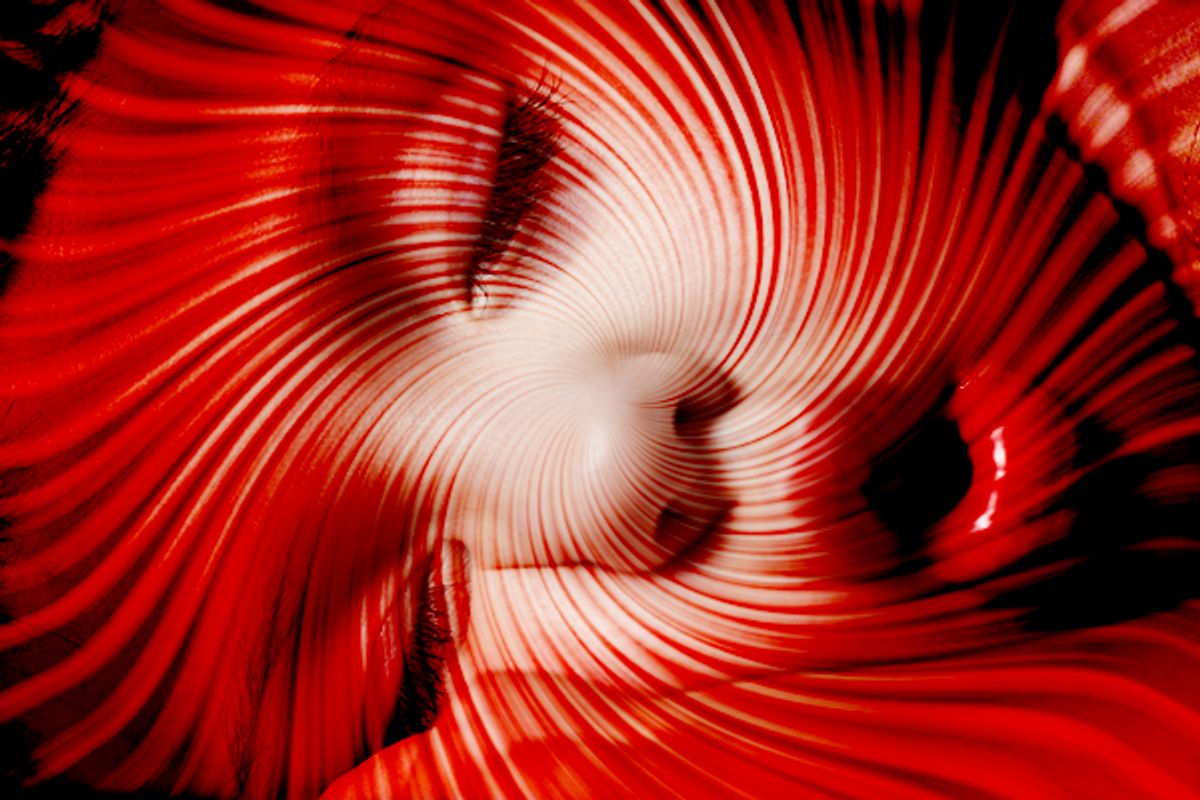 When I wrote last week about the 2-year-old girl who, along with her whole family, was kicked off a JetBlue flight for having a tantrum, I expected an outpouring of responses. What I hadn't imagined was how much of it would be in favor of sedating kids as a practical means of getting them from point A to point B. "You know how I traveled with toddlers?" the stay-at-home mother of two tweeted to me. "Benadryl. Works like a charm."

I'll admit that I was initially stunned to see how apparently commonplace the practice is. I'd never given my two daughters Benadryl or anything else to calm them down when they were young travelers, and the thought of doing so seemed wrong to me. It would have felt like a violation of their trust, a willful introduction of something unnecessary into their bodies for my own convenience.

In fairness, though, my kids have barely ever flown, and when they have, they've been reasonably chill. And after getting an earful from other parents both on Twitter and via email, I began to wonder if doing something that could make a child comfortable -- and one's fellow travelers considerably less inconvenienced – was such a big deal.

"I've totally given Benadryl as a way to get the kids to go to sleep when they were littler," says my friend Collette, whose sons are now tweens like mine. "I think I did it about a month ago even. I would do it on a flight if I thought it would make them less freaked out." But, she admits, "I've never made it a habit."

And my friend Ted, who has two school-age daughters, regaled me with the story of flying to Florida a few years ago, "crouched down behind the row of seats in the departure lounge, feeding my perfectly healthy kids cough syrup so they will sleep, and looking guiltily around to see if I am going to be caught. Down at the other end of the long row of benches, I catch the eye of another parent doing the same thing to her daughter. All our kids rack out and we sit and laugh about it -- and other kid realities -- for the whole flight."

It's not as if this generation's parents invented the idea of taking the edge off for our kids. We learned from the masters – our own parents. Ted says, "My parents did the same to us when we were on long road trips. We had a VW van with the back seat removed and a platform put in covered with mattresses and sleeping bags and we drove everywhere -- out to the Midwest, down to Florida, New Mexico. My mother fed the three of us cough meds as we left a few times and after that it was Pavlovian -- we'd all get in the car and immediately crash. I still fall asleep if I'm not driving." Collette says that her mother used to give her whiskey in hot milk. And Monica, a mom in the Bay Area, recalls a cross-country trip with her brothers in the '70s, when the kids "made little beds in the back of my parent's Buick LaSabre and slept constantly."

"It was strange to wake up and two states had gone by, or it was afternoon and suddenly it was midnight and we were checking into a hotel," she says. "My mom was always giving us 'vitamins' from a tincture. I remember us all standing in the entry of our hotel room while she gave us little drops -- like little birds getting a worm. Years later my mom told me what she did. She had gone to the doctor before the trip and gotten some kind of sleep aid/tranquilizer for us."

But nothing in life, not even relaxing, over-the-counter allergy medication, is a sure thing, recalls Melissa, a mom who learned that the hard way. "We gave our newly adopted 14-month-old a dose on a flight home from China. She wound up climbing the walls, hyper-awake and restless. Never touched the stuff again."

And Darshak Sanghavi, a pediatrician and author of "A Map of the Child: A Pediatrician's Tour of the Body," says, "According to a good randomized trial of Benadryl to promote sleep in infants, the drug didn't really work any better than a placebo. So I first tell parents that it's not really clear that Benadryl really works like many parents might think. Second, there are occasional case reports of Benadryl poisoning. Granted, those are highly unlikely, but my opinion is that parents traveling with infants should generally stay away from trying to sedate them with Benadryl, and instead focus on comforting them with feeding during takeoff and landing (may improve ear pressure equalization). Flying with infants is almost always torture," he admits, "and unfortunately, medicating an infant isn't going to change that."

Yet when you're facing a cross-country flight and a cranky kid, sometimes you're willing to try anything. My own former pediatrician, Brooklyn's Dr. Philippa Gordon, advises parents to be guided by equal measures of caution and instinct. "It’s a question that toggles between the pragmatic and what we find uncomfortable," she says. "Is it a kid who has a known disorder or you know is going to have a terrible time on a flight? Or is it really more for the control of their symptoms than the comfort of other passengers? Are you medicating them for behaving like normal, developmentally appropriate children? We shouldn't use medications just for the comfort of adults. Remember that Benadryl is an antihistamine. I try not to use over-the-counter drugs for children and toddlers, and certainly not for unintended results." But she adds that it's "a judgment call," and ultimately "a relatively benign intervention."

But my friend Helen, an advanced practice nurse specializing in maternal addiction in Philadelphia, sees it differently. "I think putting a chemical into your child's brain in lieu of substituting appropriate comforting parenting behaviors is shameful," she says. "Whatever happened to games, singing, soothing? I work with addicts for a living and this is the disease to its core: Can't cope? Head for the dope! If other people on the plane get annoyed at a fussy child, then dose THEM."

Even those of us who've never sedated our kids can cop to moments when we've considering it. I've certainly enjoyed a few of my children's drowsier afternoons after they've had vaccinations or medication. And my friend Ava recalls a pediatrician handing her two bottles of medicine, "with instructions to be careful to give the one at night, as it would make my 8-month-old baby sleepy," and wondering, "Just at night? When I've considered the tension and fighting and probable bad mothering that took place in a carful of kids on a 12-hour road trip, I've wondered more than once just how bad it would have been if I'd given them that night-time cold medicine. I didn't, but I wouldn't judge a mother who did."

I'm still glad I got out of my children's meltdown years without dosing them – because that feels like the right and consistent approach for our family. I still shudder at the automatic "Haven't you ever heard of Benadryl?" response from callous adults who think any child out in public should be silent and sleepy. There's also a world of difference when you're dealing with a colicky baby, a tantrum-tossing toddler or a bored kindergartner, and you need to consider your options in age-appropriate ways. But in the past few days, I've been reminded that parenting is very much a make-it-up-as-we-go-along adventure, and that most of us really are endeavoring to do right by our children and the innocent bystanders who have to put up with them. As my writer-friend Stella says, "There are so many things you say you'll never do/say to your kids. But any parent will tell you that raising children is all about doing the best you can with what's at hand. Excepting actual physical injury or emotional trauma, I would never deign to judge the parental decisions someone else makes. Parenting is hard. Full stop. And you do what you can."