Theaters are still here, and VOD has opened a new world. Here are five possible hits you'll see this year 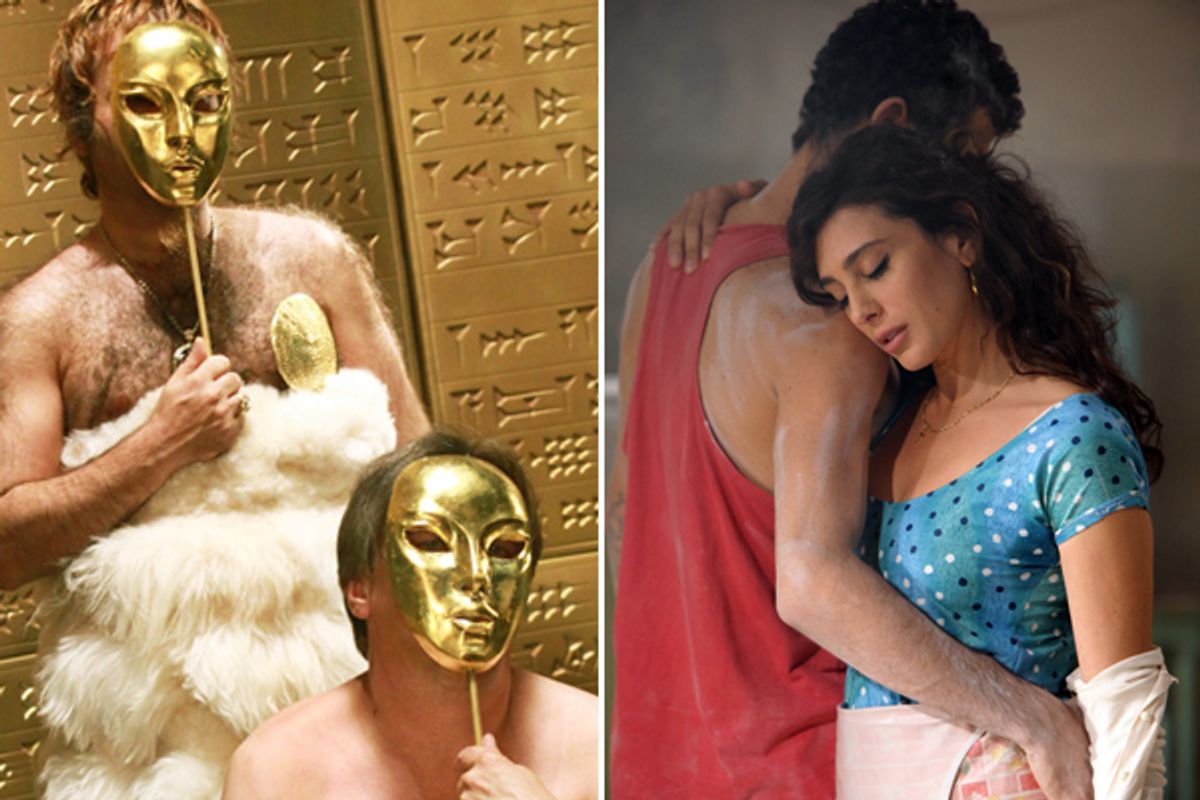 It can be difficult to believe this, amid all the focus on gigantic Hollywood blockbusters and the explosion of outstanding alternative programming on cable, but it's still true: We live in an immensely fertile and adventurous period for world cinema, arguably the richest ever. Yes, the audience for art-house film remains modest in size, and is largely concentrated in major cities and college towns. But there's nothing new about that. Most people involved in marketing independent or foreign film will tell you that the audience is no bigger or smaller than it ever was -- but that those people now have far more flexibility about how, when and where they can watch movies.

Most distributors of what the industry deems "specialty" films now rely on video-on-demand (VOD) release, using a variety of cable, satellite and Internet platforms, at least as much as on an old-fashioned theatrical run. In the VOD era, a cinephile in North Dakota or north Florida who's eager to see the Italian papal-election comedy "We Have a Pope," or the long-awaited, family-authorized music documentary "Marley" (among hundreds of other recent examples I could name), can watch the movie at home in the same week as theatergoers in New York or Los Angeles. (Indeed, sometimes before that.)

On the other hand, sometimes the old-fashioned way works just fine. The Iranian drama "A Separation," this year's foreign-language Oscar winner, has made almost $5 million in United States release for Sony Pictures Classics, a company that still adheres to the time-honored pattern of gradual theatrical "platform release." I know that sounds like chump change in Hollywood terms -- Disney's "John Carter" has grossed nearly $200 million, yet is viewed as an epic disaster -- but let me assure you that several million clams for a serious, downbeat film made in Iran, with subtitles, is an extraordinary return. Of course that movie benefited from external circumstances -- the Oscars, plus the atmosphere of international tension -- but all by itself, it demonstrates that the audience for ambitious and so-called difficult film hasn't gone anywhere.

When it comes to identifying fast-rising international filmmakers and off-the-radar potential hits, few festivals anywhere have the track record of New York's New Directors/New Films festival, co-hosted by the Film Society of Lincoln Center and the Museum of Modern Art. It's something like a greatest-hits collection drawn from the festival lineups at Cannes, Berlin, Rotterdam, Sundance and other global showcases, with the big names and celebrity effluvia edited out. Despite the festival's name, it isn't exclusively for first-time filmmakers, although directors who've already had major international hits generally aren't included. There can definitely be exceptions; this year's lineup includes a film by Stanley Kubrick, of all people. (It's the rarely seen 1953 "Fear and Desire," made when the future director of "Doctor Strangelove" and "2001" was 24 years old.)

This isn't just a foreign-language festival by any means; one of this year's hottest titles is "Gimme the Loot," a New York street adventure about rival teams of graffiti writers from first-time writer-director Adam Leon. And while New Directors/New Films is better known for showcasing international drama, there are several strong documentaries this year, including "How to Survive a Plague," David France's gripping insider tale of the failures, tragedies and inspirational triumphs of '80s and '90s AIDS activism. You'll be hearing a lot more about those movies in the months ahead, and they're not the only ones. I realize that most of Salon's readers aren't likely to attend New Directors/New Films in person, but the point I was making earlier is that most of these movies are likely to come to you, and sooner rather than later.

Here are my best guesses for five potential breakout hits from what looks like a remarkably strong New Directors/New Films lineup. I'm not even counting the slam-bang, adrenaline-fueled Indonesian action sensation "The Raid: Redemption," which opens theatrically this week in New York, Los Angeles and several other cities. (Stay tuned for more on that one.) Intriguingly, the festival's closing-night film on April 1 will be an unannounced surprise, thanks to what Film Society head Richard Peña opaquely describes as a "unique situation." (I have absolutely no idea.)

Where Do We Go Now? Set in an unidentified, multicultural Middle Eastern village, this semi-musical retake of "Lysistrata" from Lebanese director Nadine Labaki ("Caramel") -- the opening-night offering at ND/NF this year -- has international female-centric hit all over it. Joyous, sentimental and slightly naughty, "Where Do We Go Now?" follows the machinations of the town's women as they use all their feminine wiles and sex appeal to put an end to the endless religious conflict their men insist on maintaining. A bit of a manufactured girl-power drama? Maybe, but audiences at Cannes followed Labaki out into the street, cheering -- and, anyway, movies with subtitles don't have to be depressing, do they? (Sony Pictures Classics will release it, beginning May 11.)

Generation P Adapted from Viktor Pelevin's satirical novel about the rise of the advertising industry in post-Soviet Russia, director and co-writer Victor Ginzburg's delirious head-trip movie has already garnered comparisons to Terry Gilliam and David Fincher, at their most unhinged. Whether this bizarre swirl of ideas and images is simply too bewildering for non-Russians remains to be seen (and the Russians do bewildering like nobody else). But with Putin's apparently permanent presidency having pushed the country's fundamental strangeness back into the headlines, this cracked chronicle may help illustrate how Russians went from one form of dictatorship to another, with 10 years or so of total madness in between. (U.S. distribution remains uncertain.)

Goodbye OK, it's dumb and reductive to look at the one Iranian drama in this year's ND/NF lineup and wonder whether it's the new "Separation." It's also irresistible -- and there are some similarities. Like "A Separation," director Mohammad Rasoulof's moving and powerful "Goodbye" is partly about the struggles of a young professional woman -- in this case, a disbarred lawyer, played by Leyla Zareh -- who wants to leave the country. Shahab Hosseini, who played the working-class hothead husband in "A Separation," is also in the supporting cast here. Rasoulof, by the way, was the other filmmaker arrested by the Iranian regime in 2010, along with the more famous Jafar Panahi, and spent two weeks imprisoned alongside Panahi; his fate also remains uncertain. (So does U.S. distribution for this film, although something will get done.)

Neighboring Sounds Add this leisurely, visually striking thriller from first-time Brazilian director (and longtime film journalist) Kleber Mendonça Filho to the list of impressive genre films about class conflict in Latin America. When a private security firm takes over the street patrols in an upscale suburban district of Recife, the affluent residents are relieved. But it isn't that easy to get rid of anxiety, fear and violence, and in the absence of a physical threat, historical trauma and private nightmares start to leak upward from the social unconscious. (No U.S. distribution plans yet.)

Oslo, August 31st This long-awaited follow-up to Norwegian director Joachim Trier's "Reprise" -- still the best, truest, saddest and funniest post-'80s hipster-dude comedy made anywhere in the world -- is a simpler, more stripped-down film, on a similar theme but with an even more devastating impact. Anders Danielsen Lie (also a star of "Reprise") plays a 30-ish recovering addict facing a Hamlet-like existential crisis during one gorgeous summer's-end day in the Norwegian capital. Watch this, absolutely; it's beautiful and will break your heart. But please don't watch it alone. (Strand Releasing will release in U.S. theaters, beginning May 25, with home video to follow.)