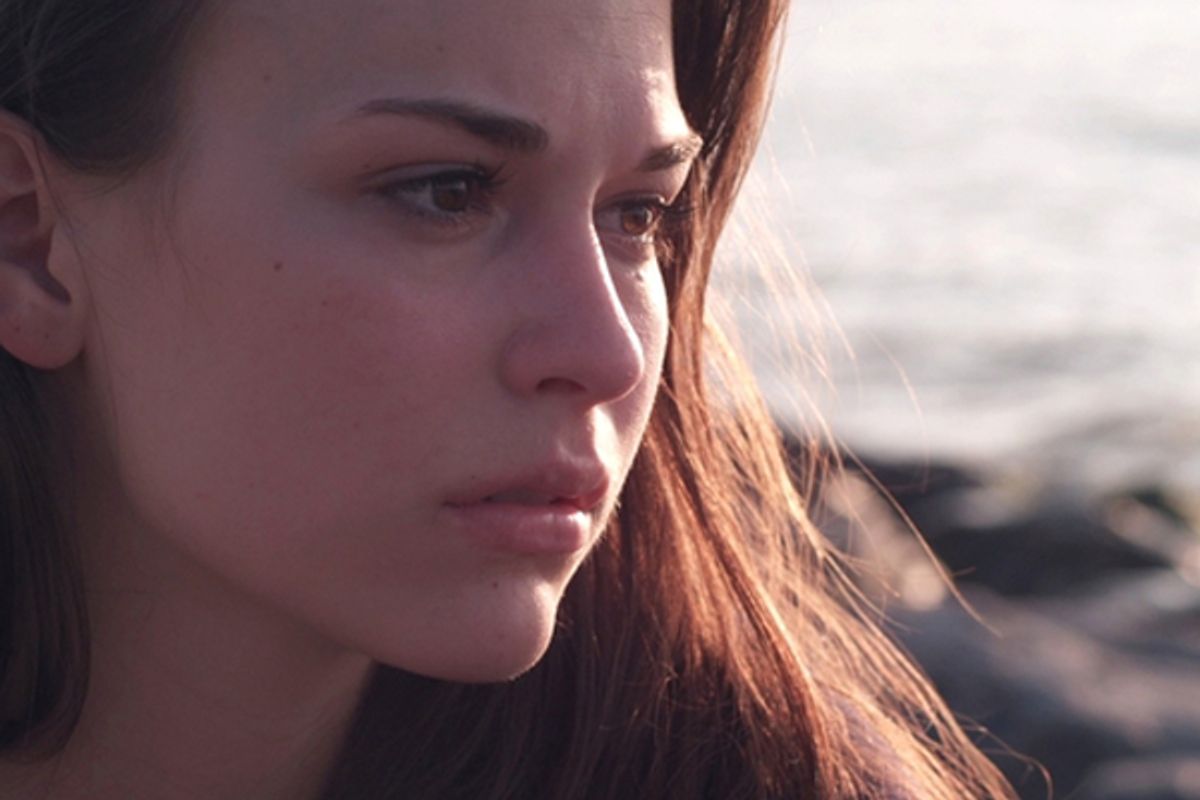 In most respects, Andrew and Jon Erwin's "October Baby" looks and feels like a typical female coming-of-age story, the kind of low-budget family melodrama made by indie filmmakers who are auditioning for a Hollywood career or cable-TV assignments. It's built around a lovely young actress named Rachel Hendrix, who's got lustrous brown hair and big brown eyes and manages to look impeccably groomed in every scene, including the ones where she's wandering the streets of Mobile, Ala., on her own, or waking up on a hotel-lobby sofa.

If Hendrix is a little plasticky-looking and perfect, in that late-'90s network TV way, I still found her an affecting performer, and got caught up in the life crisis faced by Hannah, the character she plays. This movie wouldn't be very different in execution if Hannah were learning she had terminal cancer, or recovering from sexual abuse, or battling an eating disorder. Or dealing with the fact that she felt "that way" about other girls, for that matter. But "October Baby" is a film made and marketed for the "faith-based" audience of evangelical Protestants and conservative Catholics, and it isn't about any of those things.

Like many similar Christian-aimed releases, "October Baby" is being pushed by an intense viral marketing campaign -- at this writing, 33,000 Facebook likes and about 1,200 tweets -- supported by a wide variety of family-values and/or religious organizations, from the American Family Association and the Concerned Women of America to Fathers.com and Bethany Christian Services. (It has barely been promoted in New York City, where I live, although it is in fact playing in a big multiplex on 42nd Street.) The filmmakers have promised 10 percent of their profits to the Every Life Is Beautiful Fund, an anti-abortion charity. This is almost exactly the distribution model used by lefty-activist issue documentaries like "Food Inc." and "An Inconvenient Truth," turned upside down. Ironically, both kinds of films face exactly the same image problem, in that almost nobody who doesn't already agree with their message is likely to see them.

But let's get back to the actual film. The Erwins, who seem to be an all-in-one moviemaking enterprise -- they co-directed and co-produced, Jon co-wrote the screenplay (with Theresa Preston) and shot the film, and Andrew was the editor -- get right to the point. Within the first 15 minutes, we learn that Hannah has an alarming history of physical and psychological ailments, ranging from epilepsy to asthma to repeated joint surgeries to an unspecified mental disorder. Her shaggy, stern, outdoorsy-looking doctor dad (John Schneider) and perpetually concerned mom (Jennifer Price) inexplicably choose a visit to Hannah's doctor to break the big news: She was so ill as a child because she was born ultra-prematurely, at 24 weeks gestation. Oh, and she's adopted; they've been meaning to tell her that. Oh, and she was abandoned by her birth mother because she was, and I quote, "the survivor of a failed abortion."

Say what? I was too amused and distracted by the terrible play in which Hannah is acting when she collapses onstage, leading to the doctor's-office scene, to bother with much in the way of scientific or medical research. (Here's her first line, performed in what I think is intended to be a country English accent: "Hello, Desmond. You can dispense with the pleasantries.") Apparently "abortion survivors" are a big deal on the Christian right, and there are at least a few authentic cases. The implausible-sounding scenario of "October Baby" is based on the story of Gianna Jessen, who was born alive in 1977 after her mother reportedly attempted a saline abortion (at 30 weeks gestation, not 24) and is now a leading pro-life advocate. Abortions late in the second trimester (like Hannah's in the movie) or into the third trimester (like Jessen's) were always exceedingly rare and have gotten much more so. And while we're given a gruesome description later in the film of what this "failed abortion" involved, no one ever explains how or why it happened. So while the bizarre circumstances found in "October Baby" presumably could happen in the real world, the odds are something like being struck by lightning and eaten by a shark at the same time. With a winning lottery ticket tucked in your swimsuit.

But trying to fend off "October Baby" with logic and statistics is to make an ass of yourself, relative to this film's goals and ambitions. ("The Atoms of Democritus/ And Newton's Particles of Light," wrote William Blake, "Are sands upon the Red Sea shore/ Where Israel's tents do shine so bright.") The Erwins do not make a scientific case against abortion in this movie, God knows, but rather an emotional, spiritual and perhaps magical one. I use that last adjective advisedly. Hannah is essentially a magical solution to a narrative problem: You could ask for no better twist, in an antiabortion drama, than having an aborted fetus return to life as an adult character (especially a really cute one). But unless you're going to set the movie in heaven or experiment with complicated alternate-universe theories (which might in themselves raise some theological hackles), that's tough to pull off.

Hence, Hannah and her weird story, which gets weirder the longer you stick with it. Bracketing her absurd back story and, even more so, the acutely painful teen-comedy subplot that plays like a G-rated combination of "Little Miss Sunshine" and "The Hangover," I got caught up in Hannah's soapy quest for her birth mother, spiritual redemption and healing, and a fresh start with her childhood sweetheart, Jason (Jason Burkey), an upstanding kid who's fallen in with the wrong element, as exemplified by his trampy blond girlfriend, Alanna (Colleen Trusler). Actually, it's unfair to describe the girlfriend as trampy, since there's no kissing and barely any hand-holding in this movie, and the only discussions of sex come when Hannah assures people that she's never had any. Still, Alanna is conspicuously fashionable, has pressed and straightened hair, is constantly mean to Hannah and clingy to Jason, and is named Alanna. Tramp it is.

There are a couple of strong dramatic scenes, including a brief appearance by Jasmine Guy, the biggest name in the cast, as a onetime abortion-clinic nurse who delivers several more big revelations about Hannah's birth, and an ecumenical moment when Hannah, whose family are Baptist, seeks solace and wisdom from a Catholic priest. Hannah does indeed find her birth mom, who's now a BMW-driving lawyer, and pulls some high-grade passive-aggressive forgiveness on her. There's one pretty good joke, and here it is: When Jason challenges Hannah to reveal her "wild side," she protests: "I know you think I'm a Christian home-schooling freak! But I have a wild side! You've seen me play Scrabble!" There are also, unfortunately, a whole bunch of terrible transition moments, when Hannah wanders about pensively in some location or other, while a whiny Christian pop song plays on the soundtrack. (Mind you, those kinds of scenes are no better in blasphemous films where the pop songs are secular in nature.)

No truer line is uttered in "October Baby" than when Hannah tells Jason that her father is scary, and he agrees. Tyrannical, hot-tempered and unreasonable, Schneider's character looks and acts like the Old Testament God, and the other people in the tale tend to give him as wide a berth. In your typical independent film, the mean dad has to be taken down a peg -- sobered or bereaved or otherwise humbled into being an object of compassion. But you can't challenge the authority of fatherhood or its underlying scriptural basis in this kind of movie, of course, so Dad remains an arrogant and abusive jerk almost all the way through, and Hannah (although technically an adult) always gets back in the car when he tells her to. That whole aspect of "October Baby" creeped me out a lot more than the blood-curdling failed-abortion story did, honestly. I've seen a lot of movies where crazy and impossible things happen, and you just have to roll with them. Real life is much more frightening.