With a growing cast and crew exodus, the struggling show is looking increasingly troubled. It's time to quit 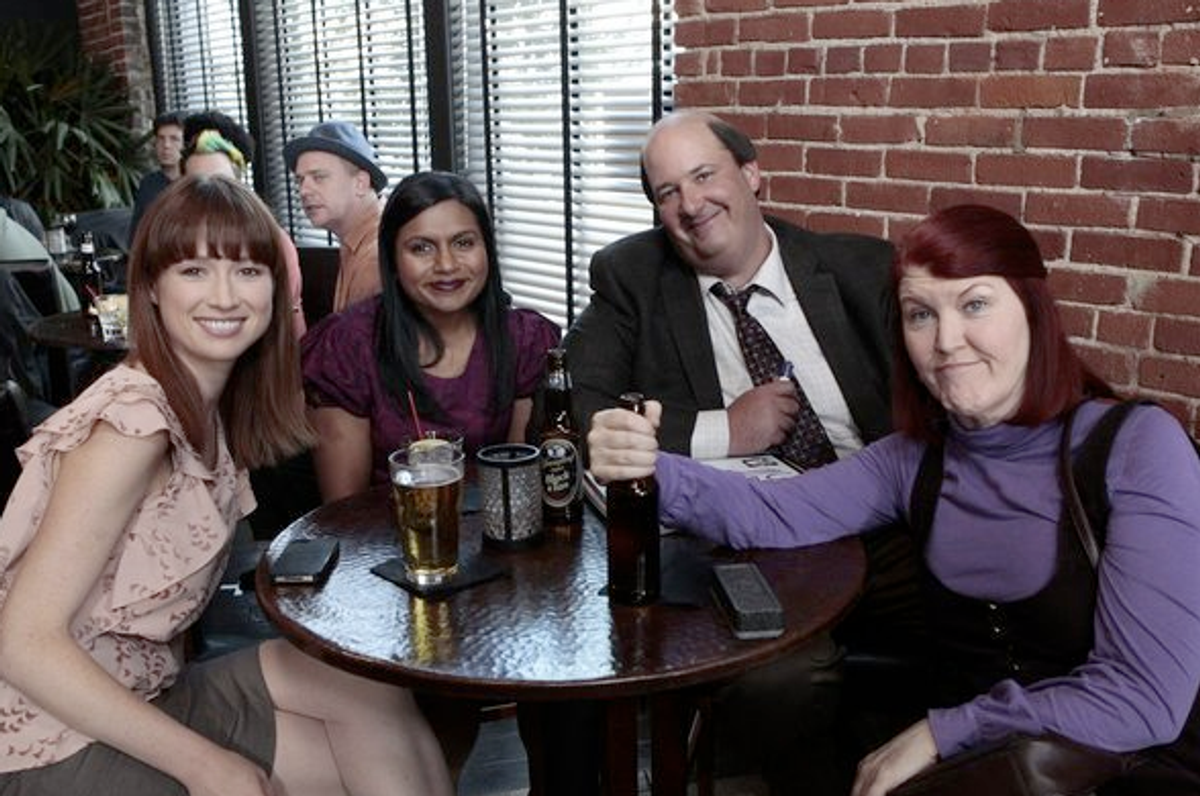 If NBC has its way, “The Office,” currently in its eighth season and its first Steve Carell-less one, will be back for a ninth year. But it looks like that will only happen in extremely altered circumstances.

Yesterday, show-runner Paul Lieberstein, who also plays the phlegmatic Tobey Flenderson, announced he would be stepping down to focus on a possible “Office” spinoff called “The Farm,” set at Dwight Schrute’s beet farm. If that show gets picked up, Dwight (Rainn Wilson) would presumably be leaving Dunder Mifflin as well. Writer Mindy Kaling, who also plays the wonderfully vapid Kelly Kapoor, is writing and starring in her own pilot for Fox, and John Krasinski, Ed Helms, Jenna Fischer and B.J. Novak — the first two of whom could, and to some extent do, have fairly robust film careers — are all in “stalled” contract negotiations for next season. Even James Spader, whose zen-asshole Robert California has only been on the show for one year, won’t be back.

NBC may want the show to return — it’s still its highest-rated sitcom — but it’s not clear anyone else involved really does. Without Carell, “The Office” took a few months to find its rhythm, but it has taken longer to find its identity, a reason to fight NBC's strong desire for it to stick around.

In its first post-Carell season, “The Office” has been … fine.  To be fair, before Carell had left, the show was often no more than fine, an all but inevitable circumstance for a sitcom getting on in years. (TV shows age more or less like dogs do). But if “The Office” was not as sharp, uncomfortable or hilarious as it had initially been -- if it veered too often toward the sentimental -- with Carell it was still structurally and emotionally the show it had always been. If you become less enamored with a good friend the longer you know him, he’s still your friend. You don’t stop hanging out with him just because you know most of his jokes.

But with Carell gone, the just OK-ness of “The Office” has become more egregious. The Robert California character, who appeared so promisingly at the end of Season 7, flush with that particular deranged and sexy James Spader magnetism, has been something of a whiff. California is an imperturbable jerk with unclear motivations. Calm and irrational, he descends on the Scranton branch and wreaks havok on its already high-strung members. California is like a deus ex machina in human form, if this particular deus was dispatched only to make sex jokes and try out nonsensical business practices. (The more recently added Nellie Bertram is not much better: Why is she so ridiculous? If we don’t know, we can’t care.)

Ed Helms, whose Andy Bernard replaced Carell’s Michael Scott as the head of the branch, is, like Carell, a sweet, affectionate presence. Andy arrived in Season 3, a nasty guy with anger management issues who relentlessly teased Jim “Big Tuna” Halpert (Krasinski) and was in a doomed year-plus relationship with Angela (Angela Martin) that was never consummated. Since then, he has transformed into a puppyish fellow who loves a capella and answering the phone, who has trouble standing up for himself. Of everyone in the office, Andy, like Michael, most wants to be liked: Unlike Michael, he does not have the hubris and lack of sense to be blindly offensive and embarrassing.

Andy may have been the right solution to replace Michael, but he hasn’t filled the vacuum. There’s no tent-pole character anymore, or even really a first among equals. This has given the other deserving, supporting actors more of a showcase, but has made the whole season feel a bit like a string of (some funny) B-stories. Even one of the season’s A-story lines, Andy’s romance with Erin (the fantastic Ellie Kempner; never has weird been so adorable), has been more rote than romantic. We’ve already seen not one, but two couples go through this arc. First, and best, there was Jim and Pam -- but Andy and Erin are far too sitcom-weird to ever be as believable and moving as them. And more recently there was Michael and Holly (Amy Ryan) -- but since Andy’s so much more normal and romantically viable than Michael, he and Erin’s union could never be as triumphant.  Michael finding his match was a miracle; Andy and Erin hooking up is just nice.

Though it would have you forget it, “The Office” is a show about a group of clock-punching paper salesman, who are ambitionless or who have subsumed their ambition in a sort of tragic way (here’s a great piece on the sadness of Jim Halpert) or perverted it in a crazy one. (See: Michael and Dwight.) In the original British version of the series, scenes were intercut with Xerox machines xeroxing and printers printing so that the audience never forgot the dullness of office life. The people working there might be funny, but they were still drones.

The American version of “The Office” relegated the depressing qualities of office work to the deep background. Working at Dunder Mifflin may be frustrating and absurd, but it’s never boring, never even uncreative. There are too many zany meetings to attend, complex pranks to pull off, wacky characters to cope with, and theme parties to plan. But in trying to make “The Office” work without Carell, a drone vibe is coming through. The characters may all still work in an engaging nut house, but the series is punching the clock, trying to solve the same old problems, create similar stories, develop familiar characters. “The Office” is still competent enough at its job — the one of making people laugh — but it's not as good, energetic or original as it once was. Maybe that’s why so many people who work there are calling in sick.